Sometimes, you have to look closely to see what's right in front of you. That's certainly the case in the many hidden-object scenes you encounter in Mystery Case Files: The Malgrave Incident. And it's also true of the game itself. When it plays to its strengths, The Malgrave Incident's fascinating locations and absorbing hidden-object scenes make it a pleasant and relaxing escape. Unfortunately, much of your time with the game is spent wandering the island, trying to determine where it is you're supposed to go and what it is you're supposed to do next. And at such times, the enjoyable sense of exploration is replaced with frustration. There's an engrossing tale of adventure and mystery hidden here, but you sometimes need to look pretty hard to find it.

As the game begins, the enigmatic inventor Winston Malgrave has summoned you to his island. His message indicates that a substance that exists only on the island may be the cure for all of mankind's illnesses, and because his wife Sarah is ailing, he's desperate to secure more of the substance posthaste. Upon arriving at Malgrave Island, you find signs of a once-thriving community that has clearly been abandoned for some decades. There's a poignant sense of the past lingering throughout the island; at a dilapidated theater, faded posters for old productions still cling to the walls, and everywhere you go, you find lovely postcards that depict the now-crumbling town in its bustling and elegant heyday. Because the island feels like a place where people lived and where time has taken its toll, the sense of isolation and discovery that goes with exploring the lonely island is absorbing. As you progress, you gradually uncover the details of the island's history and Malgrave's past, which makes for an engrossing old-fashioned tale that you'll want to see through to its final revelations.

Winston Malgrave doesn't greet you personally upon your arrival, but he provides you with a device that looks like a metallic Wii Remote that is elegantly engraved with his signature "M." This item lets him communicate with you, and his voice pipes up occasionally to nudge you onward. It also stores the dust he has hired you to collect, and that's where the hidden-object scenes that are the signature feature of the Mystery Case Files series come into play. As you explore the island, you frequently come across spots that exude a dusty glow. Clicking one of these spots brings up a detailed image of the location and a list of objects you must find in the cluttered area. These sections, like most of The Malgrave Incident, are stress free; there's no time limit, and should you find yourself unable to spot an item or two on your list, you can always click the magnifying glass in the lower-right corner of the screen, which highlights the area where an object you need is hiding.

The process of scouring an image to look for beards, bananas, and the letter "B" is engrossing because the environments are so full of fascinating details that you almost feel as if you've stumbled into an actress's cluttered dressing room or a recluse's old, musty study. Everywhere your eyes land, there's something to take in. And while most objects are stationary, a bit of animation here and there brings the scenes to life; motes of dust drift in beams of sunlight, a mouse blinks at you from his shadowy hiding spot, and objects float to and fro on the surface of a pool. You can pan the camera around and zoom in on these scenes, and as you do, layers give them a sense of depth. This doesn't just make the scenes more visually captivating, though it does have that effect. It also impacts the gameplay. At times, an object you need may be in the background and obscured by items in the foreground, and only by panning the camera is the object you need revealed. Scouring an image for hidden objects may not be everyone's idea of a good time, but those who enjoy it will find that The Malgrave Incident does this type of gameplay very well.

But there's more to The Malgrave Incident than looking for hidden objects. This is also a point-and-click adventure, and this aspect doesn't meet the same level of quality. Each time you complete a hidden-object scene, your little contraption collects some of the substance that Malgrave needs, and you receive an item that goes into your inventory. These items are often vital to progress to new areas of the island, but it's not always clear just where you need to go and what you need to do to advance. While the hidden-object scenes offer a helping hand whenever you need one, there's no hint system to nudge you in the right direction at these times. As a result, you may find yourself going in circles around the island, poring over every location for clues or pathways you may have missed or places to use the items piling up in your collection. As enchanting as the island's locations are at first, wandering through them again and again until you hit on the next step of your journey is tiresome and eventually frustrating.

This frustration is compounded by the game's lack of clarity about your objectives. For instance, at one point, you find a machine that you can't operate because it's missing a lever. You might have an object in your inventory called a lever, but try as you might, you're unable to use it with the machine. Much later in the game, you acquire a different object, also called a lever, and can then return to operate the machine. The point-and-click adventure element of The Malgrave Incident lets you take an active role in advancing the story, and this could have made it a better game. But the lack of a hint system and the absence of a clear sense of direction at times can bring the game's pace to a screeching halt. The frustration that can arise from these periods is at odds with the absorbing, easygoing nature of the hidden-object scenes, and those who come to The Malgrave Incident hoping for a good hidden-object game may find that this aspect muddles the experience.

From time to time, you also encounter puzzles in the form of contraptions you need to fiddle with, elaborate locks you need to open, and so forth. Some of these are ordinary slide puzzles, while others are more interesting, such as one puzzle involving a diorama stuffed with objects--a skull, a pile of logs, an apple, and numerous other items--where you need to determine which objects belong together and in what sequence. Not all of these puzzles are fun to solve, but after tinkering with them for a few minutes, all of them can be skipped, which is a merciful option when contending with a tedious slide puzzle, and it fits in well with the no-stress structure of the hidden-object scenes.

The Malgrave Incident also has three competitive multiplayer modes for up to four players. Classic Pick challenges you to find more listed objects than your opponents. In Swift Pick, a single object is listed, and players score points by being the first to spot it. Tick Tick Pick is essentially hot potato; a bomb is ticking down, and when it comes your way, you need to find a listed hidden object to pass it to the next player before it explodes. These modes all function just fine, but The Malgrave Incident's best moments are ones of calm focus--not frantic competition. Additional players can also grab remotes and assist with finding hidden objects during the game's Story mode, though even if you don't have extra remotes, it's fun to just gather around the screen and verbally help each other find the listed items.

The Malgrave Incident can take around 15 hours to complete if you opt to solve each puzzle yourself, and at $30, it's reasonably priced. It's an uneven journey, and it's a shame that its better qualities are offset by periods of aimlessness and frustration. Still, it comes to a satisfying conclusion, and in the end, you'll be glad you took a trip to this mysterious and fascinating island. 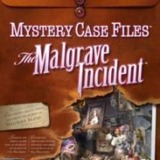 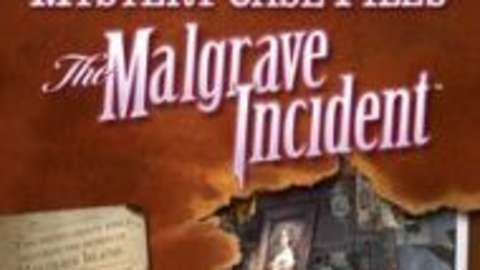 Mystery Case Files: The Malgrave Incident is a puzzle action game for the Wii.

6.5
Sign In to rate Mystery Case Files: The Malgrave Incident