The Magic Circle is another entry in the burgeoning but fascinating subgenre of games about the process of making games. Most games in that niche tend to aim small, often taking up the perspective of underdogs struggling to make tiny personal games in an industry filled with multimillion-dollar productions. The Magic Circle, on the other hand, aims big. It’s the product of AAA veterans, evidenced by some impressive technical wizardry, but also by the tone and timbre of its commentary, which pointedly deconstructs the egos of business types that tend to rip creativity up by the roots during big-budget game development.

The titular Magic Circle, in-game, is an old-school series of text adventures whose reboot has been mired in development hell for years. It’s finally beginning to take shape as a triple-A, first-person, Skyrim-like RPG, but the creative direction of the game is being split three ways. The game’s original creator wants to go ambitious and artsy; the game’s creative director just wants to push out a game that will actually sell in the current landscape; a scheming, passionate intern with the support of the series' fanbase wants to put out a game that’s basically the original series, repackaged, and will do whatever it takes to see that happen.

In the middle of it all is you, a lowly tester, forced to play a constantly changing rudimentary build, all while watching the creators float around the landscape, squabbling over the game’s minutiae. A playable demo is set to appear at a thinly-veiled version of E3 in mere days, and the creators are trying to push out something that will keep everybody happy, to virtually no avail. Their game is barely functional: the planned painterly landscape is still rendered mostly in black-and-white; creatures and objects lack proper behavorial programming; and the persistant remnants of a previous, cancelled build from the 32-bit era remain in place. One of the team's older testers, however, has decided to take action, and since you’re the only player with boots on the virtual ground, he grants you access to a few developer tools. Your task is to explore the unfinished game world in hopes of finding a way to lock the actual developers out of the game and craft something playable out of the mess.

With the in-game creators calling the state of the unfinished build a disaster, the irony here is that it takes serious ambition and programming chops to render a game world like The Magic Circle, which has to come across as broken, lazy, and unfinished, but still functional enough to suit a playable fourth-wall breaking experiment. Despite a long initial load time, the fact that you can transition between three distinct aesthetics without so much as a stutter is truly impressive. But even then, not as impressive as the game’s bread-and-butter mechanic: the developer tools.

You’re given the ability to recode the attributes of any object or enemy in the game, changing the names, movement, attacks, AI, and elemental weaknesses/affinities. The number of possible combinations allows for a lot of creativity. If you want to strip some of the mean little dog-like enemies of all their powers so they wander around aimlessly, you can. If you want to give a stationary rock the ability to walk and set its “Ally” setting to yourself so you have a literal pet rock following you around, you can do that. If you want to arm a bunch of spider-like enemies with laser rifles and the ability to fly, that’s also an option.

Most of the fun of The Magic Circle stems from the sheer joy of experimentation, solving the game’s tricky environmental puzzles in an open-ended God Mode. That mandatory experimentation does have a tangible downside, though, as the game does a poor job of explaining how to weild your control over the world early on. There also a number of seemingly unintended technical issues. Reconfiguring attributes is a mechanic that feels like it would be far more suitable to control with a mouse and keyboard rather than a controller, as the UI for making edits can get terribly twitchy since the same button you use to jump is used to make selections on the edit screen. With automated characters getting stuck behind walls or turning invisible when there’s too many onscreen, there are glitches that you have to contend with. But none of these complaints are enough to dilute the overall joy of flexing your creativity as a virtual developer. Most of the games of this ilk tend to settle for being rather linear interactive narratives. The game is better for executing something new and distinctly enjoyable in how it ties its gameplay and story together.

The only major disappointment is that there’s not enough of either. Only about half of the game is built around exploration and the edit function, though an extended climax does something unexpectedly magical with the idea. But even if you get meticulous about the endgame, The Magic Circle is on the short side, and just when the game truly settles into a groove, the narrative kicks into high gear and your time with the development tools is stripped away.

Thankfully, the narrative is well-crafted, often funny, and salient about how much strife goes into even the smallest decision about a game’s design. The game’s storytelling apex is a five minute rant by the in-game Magic Circle’s creator about the impossible expectations of the industry, presented through an ingenius interactive gambit. There’s irony in the fact that the actual game’s greatest idea is eventually overtaken by an overambitious story, especially considering that one of the characters argues that the game’s audience doesn’t care about story to begin with.

It’s hard to definitively say if The Magic Circle succesfully achieves its high-minded aims. Those expecting to play around with the physics of an open video game world will find themselves lamenting the lack of control and additional objectives after a short period of time, and those wanting nothing more than to find out where the narrative goes will be discouraged by how frustrating the gameplay can occasionally be. The essence of The Magic Circle is somewhere in between. As a piece of work meant to comment on modern game design, it’s wholly successful at creating a scenario perfectly illustrating just how Herculean a task it is for developers trying to create a game with a perfect balance. 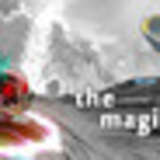 Justin Clark was able to get through the core game in about two and a half hours, and spent more hours than he’s comfortable admitting fiddling around with the endgame.