The Lego Movie Videogame is the culmination of a surprising series of unlikely events. Based on a successful movie that quite possibly wouldn't even exist if there weren't first successful games and toy play sets inspired by similarly endearing movies before it, this newest interactive journey through the world of branded plastic blocks is a satisfying companion piece to its theatrical source material.

If you've played previous Lego games, you have a general idea what to expect. The Lego Movie Videogame doesn't deviate from its successful predecessors' formula. As always, you must lead a band of merry plastic characters around a vibrant world filled with rudimentary puzzles and enemies who fall to pieces when they meet their demise. Some basic ingenuity allows you to advance to the next set piece with minimal difficulty, and level hubs tie the action-oriented stages together while offering incentive to explore. You collect various doodads and in-game currency, which activate cheats that let you play completed areas the way you like, or unlock a slew of additional characters, and sometimes you get to assemble special vehicles or structures by playing a minigame.

The same general formula has carried gamers through a variety of Lego adventures in the past, minor tweaks aside, and it is arguably no better or worse with this iteration than it was previously, even if by now it feels less inventive than it once did. The most noteworthy difference is the shortened campaign, which is around half as lengthy and content-rich as something like Lego City Undercover on the Wii U, or even Lego The Lord of the Rings. That's disappointing to find after previous games did such a good job of dropping you into a pleasingly expansive world, but the positive side to that coin is the general lack of dead weight. Here, you are asked to wander a great deal less, and though a handful of optional tasks are offered in each zone, narrative momentum is the obvious priority.

Some basic ingenuity allows you to advance to the next set piece with minimal difficulty.

As for the story, it's the same as the one shown in theaters. Emmet, the protagonist, is a forgettable construction worker who finds his whitewashed view of the world made more colorful by a chance encounter with Wyldstyle, a free-spirited adventurer who is convinced Emmet holds the key to saving the world from an evil menace. The movie had a lot of fun with its clever references to pop culture, and the game does too in the most direct manner possible: by including huge chunks of footage from the film. Except for two pivotal scenes that unfold near the end of the movie but are glossed over or cut here--to no ill effect--and occasional moments of incidental dialogue, nearly everything makes an appearance. The central themes are just slightly less apparent, but you still get a cohesive and lively story from start to finish, complete with the best scenes from the most memorable Lego characters.

Many scenes from the movie lend themselves naturally to a game experience, and that quickly becomes evident here. An introductory stage acquaints you with the basics by walking you through Emmet's rather mundane day at the construction site. Before long, though, he's driving a motorcycle along a crowded freeway, and Wyldstyle is making her way along the tops of moving vehicles. These events are almost wholly participatory, making it all feel even more frantic than in the film. Then in a later sequence, the characters flee along the rooftops and battle robots along the way--another pivotal scene at the cinema. Here, it's just fleshed out a bit more, and there are puzzles to solve. So it goes with much of the game, all without the mix ever feeling unnatural or forced. Visuals during the levels and in the cutscenes complement one another beautifully and are perpetually bright and shiny in all the right places.

Although The Lego Movie has delighted audiences of all ages with its clever writing and inside jokes, the video game version isn't as universally absorbing. Puzzles are simple enough that children should be able to solve them just through experimenting, but too many of them take a paint-by-numbers approach. You simply search for an obvious piece of the architecture that Emmet can drill, break everything apart until you find glowing points of interest that can be assembled, or look for a point on a distant ledge to grapple. Throw in some mild brawling elements--with no fear of failure, aside from a lower rating upon completion of the stage--and you have the bulk of the game. It can wear thin at times, but that's not a new problem for the franchise.

Elsewhere, more minor concerns also pop up on occasion. Infrequently, it's possible to get a character stuck on the architecture, unable to move. If you're playing alone you can easily switch to another character in the party, though, and then break apart your trapped friend. If you're playing cooperatively the second player can do the same, so at least there's an easy workaround when necessary. In other cases, you may find yourself controlling a flying character who stops short at arbitrary barriers quite a lot, even though it looks like he should be able to keep flying. None of the issues are persistent enough to serve as a huge inconvenience, but they do warrant a mention.

The Lego Movie Videogame is a faithful take on its source material, with just enough of the film's content missing to make it worth getting out to the theater, but not so much that the game's narrative becomes difficult to follow. The added interaction is also welcome and is handled in a manner that keeps the experience approachable and generally refined, even if it isn't always as creative and varied as you might hope. While not everything is awesome, The Lego Movie Videogame should be just the ticket if you're ready to spend another 10 to 12 hours in the fantastic world of animated plastic blocks.

View Comments (70)
Back To Top
7
Good
About GameSpot Reviews 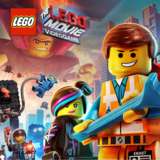 Jason Venter has played most of the Lego video games to date. He spent around seven or eight hours clearing the campaign for the purpose of this review and another few hours chasing collectibles, plus enjoyed watching the related film in 3D at the local movie theater. 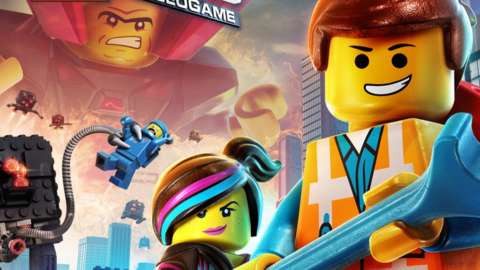 The Lego Movie Videogame puts Lego kids into the role of Emmet, an ordinary, rules-following, perfectly average Lego minifigure who is mistakenly identified as the most extraordinary person and the key to saving the world.