The Legend of Zelda: Oracle of Ages Review

Ages is a wonderful game in its own right, and as a set with Seasons, it comes as highly recommended as a game can be.

Ah, The Legend of Zelda, the most hallowed of game franchises. Nothing beats the feeling of sitting down with a new Zelda game and all the impeccable hours of gameplay that it entails. Our friends at Nintendo have found a way to one-up that excitement, however, by releasing two Zelda games simultaneously for the Game Boy Color. The two newest games in the series, Oracle of Ages and Oracle of Seasons, deliver on every essential element of the classic Zelda formula--dungeons, puzzles, and items galore are all here. Though the games were actually created by Flagship, a Capcom developer, they fit so well with previous Zelda titles that they might as well be Nintendo games.

In graphics, sound, and gameplay terms, the Oracle games are almost identical. Of course, they differ in settings, characters, and storylines, but the two games are in many ways a continuation of the previous Game Boy Zelda game, Link's Awakening. Veterans of that game will feel completely at home in either Oracle game, because the controls and interface are virtually identical, as are many of the graphics and sounds. If you haven't played any of the Game Boy Zelda games, don't worry, because they're very similar to the overhead Zelda games of yore.

Oracle of Ages and Oracle of Seasons find further distinction in their emphasis on different aspects of Zelda gameplay. Seasons is billed as an action game, while Ages focuses on more difficult puzzles. Make no mistake, though; each has a healthy dose of both action and puzzles. The difference is definitely noticeable, however; even the first dungeon of Ages contains a couple of puzzles that may leave you scratching your head, and it gets more difficult from there. You'll still get an appropriate amount of hack and slash, though.

Oracle of Ages sets itself up much like Oracle of Seasons--Link encounters the Triforce and is informed that there's a new quest he needs to complete. Never one to shirk his duties as the hero of Hyrule, Link silently accepts and is whisked away to the land of Labrynna, where he meets a songstress named Nayru. She's not just a singer, though; she also controls the flow of time as the Oracle of Ages. Veran, the Sorcerer of Shadows, wastes no time in kidnapping Nayru, unfortunately, and then uses her power to wreak havoc across past and present. Link must team up with Nayru's allies to travel back and forth in time and stop Veran from rewriting history.

Longtime Zelda fans can probably already guess how Link will go about saving Labrynna--yes, there are eight dungeons to solve and eight mystical items, called the essences of time, that Link has to collect before he can set everything right. In keeping with Ages' puzzle theme, these dungeons can be devilishly challenging, if not outright frustrating, at times. As in all Zelda games, however, there's a tremendous sense of accomplishment when you finally work through the switches, trapdoors, and interconnected rooms of the maze and kill the boss at the end.

Every Zelda has a central item that corrals your progress through the game--in A Link to the Past, it was the magic mirror that teleported you to the Dark World, while Ocarina of Time gave you a trusty ocarina with which to work all kinds of magic. In Oracle of Ages, the Harp of Ages is your ticket to getting around. It lets you open up portals to go back and forth through time so that you can work events in one period to affect the other. As you get further into the game, your harp will receive new songs that enhance your ability to skip through the ages. The time travel is handled very well--a decrepit old cave whose entrance collapses in the present is still nice and sturdy in the past, allowing you entry. In another example, a sapling planted a long time ago is a fully grown, seed-bearing tree in the present. Oracle of Ages makes superb use of the time-travel aspect in the flow of the game.

A few other new gameplay touches join the tried and true Zelda block-pushing and boomerang-throwing. Ages and Seasons both introduce us to three animals that can aid Link in getting around the overworld; Ricky the kangaroo, Dimitri the dodongo, and Moosh the flying bear can all help you out in their own way. Another addition shared by Ages and Seasons is the seed satchel, which lets you collect all sorts of different seeds. For instance, ember seeds create fire, while pegasus seeds make you run faster for a few seconds. As usual, you also get old favorites, such as bombs and the feather. Ages and Seasons also share a ring system that involves finding rings in all sorts of places, having them appraised by the town jeweler, and then wearing them to receive benefits, like extra damage or increased chances of random events. There are more than 60 rings, so collection hounds will have plenty to do just tracking down all the rings.

Once you've built up your game by collecting rings, upgrading weapons, and that sort of thing, you can finish the game and then receive a password that you can input when you start Oracle of Seasons. This will let many of the attributes of your Ages game carry over to Seasons at the outset. The same thing also works by playing Seasons first and then starting Ages. You'll be able to keep some of your stats and equipment, and certain people and places in the world will be affected by things you did in the previous game. This is definitely an interesting incentive for playing both games.

Oracle of Ages is the more cerebral of the two Oracle games--Seasons has you slashing more enemies and solving fewer logic puzzles. If you really want to play only one of them, your decision should be based on the part of Zelda you enjoy most--the action or the puzzles. Ages is a wonderful game in its own right, and as a set with Seasons, it comes as highly recommended as a game can be. 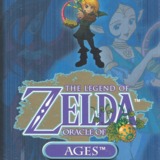 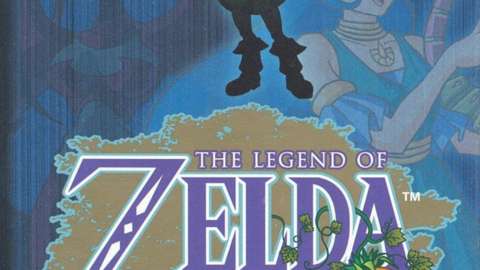 The Legend of Zelda: Oracle of Ages/Seasons

Although Capcom's Flagship team actually handled development on the two games, both of them pack in everything one expects from a good Zelda adventure.

9
Sign In to rate The Legend of Zelda: Oracle of Ages/Seasons