The Legend of Korra Review

The Avatar universe is rich with fantastical history and earnest storytelling, but those elements are nowhere to be found in The Legend of Korra (the game, and not the excellent animated program), which tries its best to boot M. Night Shyamalan's The Last Airbender film out of its rightful position as "worst Avatar-related thing yet produced." What rescues developer Platinum's short downloadable game from earning that not-so-coveted title is the elemental bending itself: it's not very complicated to perform, but it looks flashy and fun, and proves that The Legend of Korra could have (should have) been, at very least, a serviceable beat-em-up.

How depressing, then, that everything else about the game is considerably less than serviceable. It's no longer true that licensed games must automatically be destined for a digital landfill: too many worthy adventures have proven this needn't be the case. The Legend of Korra harks back to the days of branded hogwash, when the most we could hope for was functional gameplay and total disregard for the source material. Korra looks the part on the most superficial level, but possesses not one ounce of the flair and depth that characterize the television series. To say that the game delivers a bare minimum of story is to oversell the tale, which can be summarized thusly: "There's an evil old man doing evil, old-man things." Korra interacts with almost no one, and most line readings are from Korra's own internal monologue, spoken aloud so that the game might have a semblance of a plot. I knew the story was hopeless the moment Korra bemoaned how much damage her battle with Unavaatu had done to Republic City, even as I was blasting apart parked vehicles for the precious currency orbs I earned for doing so. Such irony, such narrative dissonance.

With nothing more to the story than a contrivance to force Korra to relearn her bending skills one at a time, and a few chances for Korra to announce her regret at leaving the spirit portals open, it's up to the action to fill the remaining crevasse, and it at least makes bending look as fluid and natural as it should. Once you learn every bending skill--water, earth, fire, and air, in that order--you can flip between them at will, pressing various buttons to create elemental combos as Korra performs her accompanying acrobatics. Mind you, the game is half over by the time you earn all four techniques, but bending has a button-mashy appeal, and it's not too difficult to perform The Legend of Korra's combos. Miniature cyclones disrupt clusters of spirits, and earthen eruptions send equalists reeling. Such displays do a fine enough job of expressing the vitality and vibrancy that characterize bending in the Avatar universe.

The problem with Korra isn't the combat itself, but the circumstances in which it's used, which alternate between boring and frustrating, but rarely find a sweet spot that could be called "fun." You fight one crowd of clones after another, facing various bending skills and other attacks while struggling to wrangle the camera and lock-on mechanism into submission. You will succumb to death, not because The Legend of Korra challenges you to develop expertise, but because encounters have no sense of flow, and various gameplay details are surprisingly careless. You might be in the midst of a combo and miss the chance to perform a finishing move because the button prompt appears so briefly and inconsistently. You might block in a timely fashion, yet still get flung into the energy barrier that surrounds the combat arena by a particularly powerful bender--and then get stuck in the barrier and pummeled to death. You might accidentally initiate a quick-time based melee sequence, but fail because your fingers were finishing up the desired combo and the QTE prompt didn't allow time to adjust.

Awkward platforming sequences vary the pace, at least, giving you the chance to both admire the pretty colors and confront how lifeless the world is. A few vehicles occasionally pass in the background, but the streets of Republic City are otherwise devoid of people and moving parts. There are boss battles too--or should I say, a couple of boss battles repeated multiple times until you're sick of seeing mecha tanks and performing the same block-and-QTE move over and over again. The Legend of Korra's only other attempts to diversify come in two forms, one of which is mildly entertaining: pro-bending matches. These matches are simple, but depict the game at its best, letting you bend, block, and dodge about without forcing you to brave the irritations that impede the primary adventuring.

The Legend of Korra's other kind of detour is of the (not quite endless) runner kind, which has you mounting your polar bear dog Naga and avoiding obstacles by jumping, swerving, and ducking while collecting health power-ups and currency. Your bending skills have different roles to play, here: water acts as a shield, for instance, while fire can blast a flimsy obstacle out of your way. These sequences are, at best, innocuous, provided you can handle the sight of poor Naga going limp every time you slam into a wall. At worst, they are frustrating bouts of trial-and-error repetition, culminating in a vexing antarctic running scene involving mecha tanks that have an eerie ability to exactly match your side-to-side movements. (Hint: activate your water shield, and the game's cheating will be much easier to manage.)

I'm thankful, at least, that The Legend of Korra gave me a chance to hear Iroh's benevolent voice whenever I purchased a health scroll or some other item to help give me a combat boost. (His spirit is to this game what Muramasa is to Ninja Gaiden.) On the other hand, I cringed whenever I accessed the equip screen so that I could assign each item to a d-pad direction. (Korra insists on reminding you, every time, that you have to equip items before you can use them. Eventually, I cried out loud, "I know that, silly girl; why do you think I'm on this screen?!") Nevertheless, Iroh was a great comfort in this three-hour disappointment. The Legend of Korra has none of the crackle and drama that make the setting so special, but at least Iroh triggered memories of the grand journeys Aang and Korra have taken, and provoked hope that we might yet one day see a game that deserves the license.

View Comments (432)
Back To Top
3
Bad
About GameSpot Reviews 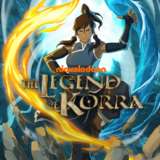