When you first begin The Last Remnant, you'll participate in a battle within moments of inserting the game disc, and chances are that you'll be struck by a glaring issue: The frame rate is awful, and the texture pop-in is shockingly bad. It's an issue you'll never quite get used to, considering that it mars the entirety of the experience. What a shame, because this long and fascinating Japanese role-playing game has a way of getting under your skin. It features a rich, original fantasy world, obviously crafted with great care and artistry, and it tells a strong, politically charged tale that will keep you glued to the screen. Although somewhat flawed, the battle system is fun to play around with, particularly in the second half when enormous armies go head to head in some dramatic, bloody showdowns. Had developer Square Enix not rushed an unfinished product to shelves, The Last Remnant could have been an instant classic. But even if the game isn't what it should have been, RPG fans should take this journey in spite of the game's technical defects.

Rush Sykes is the prototypical RPG hero, innocently sulky but totally devoted to his sweet sister Irina. When Irina is kidnapped, Rush hurries to liberate her, but unsurprisingly, it's not the most straightforward of rescues. Rather, Rush finds himself caught in a political struggle centered around powerful magical artifacts called remnants. These objects are both the center of society as well as a great curiosity, heavily researched at the Academy by hosts of scientists, including Rush's own parents. What starts as an upheaval between the pro- and anti-remnant factions explodes into an all-out war when a formidable hulk of a man calling himself the Conqueror appears, apparently able to control any remnant, no matter how large or potent. Political forces clash and hidden powers are unleashed, and though a tenuous peace is eventually achieved, it isn't long before conflict reawakens. The story is epic, even if Rush himself isn't the most interesting leading man. Fortunately, his supporting cast is excellent; the noble David is a charmingly haughty presence, and David's guard Emma makes a strong impression, thanks to some excellent, emphatic voice acting.

Whereas other RPGs tend to center on their protagonist, The Last Remnant eventually focuses on the Conqueror and his secrets. He's a solemn, momentous presence who makes an impact each time he appears, and it's easy to believe that this man may actually be capable of controlling the universe. But though it will take you a good 60 hours or more to unravel all of his secrets, the journey is entertaining, given that The Last Remnant's distinctive fantasy world is so beautifully constructed. Each city you visit is different from the last, yet the overall vision is cohesive, so nothing feels out of place. Landmarks such as the towering, glowing remnant in Elysion are not soon forgotten, and numerous side quests will have you exploring scorching deserts, caves of bubbling lava, and even the land of the dead. Most of these locales are lovely and beautifully lit, the handiwork of a talented team of artists.

It's downright depressing that this inner beauty is so heavily diminished by a totally broken technical framework. The Unreal 3 engine powers The Last Remnant's visuals, but it isn't clear whether the technology wasn't a good fit for the game, or whether the development team simply wasn't capable of using it to manifest its vision. Either way you look at it, the visuals are technically broken, a total embarrassment that intrudes on every single aspect of the gameplay. The frame rate is awful, often pausing for a second or two at a time, and slowing to a crawl anytime anything of significance happens on the screen. This isn't just an annoyance, but a huge detractor to the pace of battles and exploration, which are further broken up by inexplicably long loading times. Cities are divided into tiny areas, and moving from one to the next leads to loading screens that jolt you back to reality every few minutes. Furthermore, though many Unreal 3-powered games suffer from some texture pop-in, you've never seen it to this extent. It can take almost 10 seconds for some textures to load, and that includes everything from ground textures, to character faces, to walls. These drawbacks are somewhat alleviated if you install the game to your hard drive, but it isn't a big enough difference to justify using up such a huge amount of drive space. Either way, we shouldn't have to choose either of these evils.

As bad as these issues are, the game lurking beneath them is outstanding in a variety of ways, starting with the battle system--though you may not see its intricacies at first. Rather than controlling party members during combat, you recruit leaders and soldiers, and group them together into unions of up to five members each. Although each unit has his or her own stats, equipment, and arts (the game's versions of spells and combat skills), you issue union-wide, turn-based commands on the field. Whereas in most RPGs you choose very specific actions, such as casting a particular spell or using a particular item, in The Last Remnant you choose broader commands. These may include healing unions that need it; performing mystic arts (while you can see which arts the units will use, you can't micromanage them on a unit-by-unit basis); or summoning Rush's awe-inspiring, beautifully designed cyclops to assist in battle.

Early in the game, when you don't have a whole lot of unions under your command, you may bemoan the lack of micromanagement that this system entails. The fundamentals are a little confusing too, given that there doesn't always seem to be rhyme or reason to the process that decides which abilities are available to you, and when. Later on, however, you'll have a lot more units under your command, and you'll discover how elaborate battles can become. As units use certain arts, they level up those arts and learn newer ones, all the while improving stats--though it's unclear how some of those stats affect the outcome of your actions. (Units possess such attributes as gluttony; what does that do, anyway?) Thus, grouping units into sensible unions is tantamount, as is grouping them into an appropriate formation. You can get through many standard battles without putting too much thought into these aspects, if you take a lot of side quests and grind your way to power. However, even with a lot of grinding, the biggest battles require care, both before and during combat. As you play, you'll gain a better grasp of your enemies' weaknesses, the pros and cons of each formation, and the best way to develop your individual units through battle commands.

Once you get to the second disc of the Last Remnant's dual DVDs, you'll experience some large, impressive-looking battles. They can also be really challenging, so don't expect to rush to a victory, particularly when dozens of unions are involved. Individual turns can take a while to complete, but you shouldn't just sit back and let them play themselves. The game will throw quick-time events at you that require a rapid button press; performing it correctly may initiate a counterattack, or will improve your units' position in the turn order. This mechanic is nothing new, but it works fine here, though the frame-rate problems are a hindrance because they often disrupt the flow and timing of the event.

These colossal battles are the highlight of the game, not just because they are impressively dramatic, but also because you can see the effects of your union makeup, formations, and in-battle decisions more clearly than in the smaller ones. A morale bar across the top of the screen adjusts during the constant tug of war, based on whether you are attacking an enemy's flank or rear, what status effects are active, and a number of other factors. Location on the battlefield, attack range, and potency of healing items and arts are among the many other dynamics you'll need to consider as you plan out your turn. This thoughtful preparation makes it all the more heartbreaking when you lose a long, well-planned battle. A significant number of late-game skirmishes take a long time to complete, often stringing several tough encounters together without letting you save your game in between. Considering that formations and union setup can require a bit of trial and error, you might lose an hour of progress the first few times you attempt these colossal battles. Thankfully, the combat is fun and addictive, but given the length of these multipart clashes, there is no legitimate reason not to allow saving between stages. Otherwise, you can save almost anywhere, and the ability to skip cutscenes should you need to replay a section is also a welcome convenience.

Outside of combat, a little scavenger named Mr. Diggs will excavate various raw materials that you encounter in dungeons. Along with the monster parts that you forage, these items can be used to upgrade your equipment or create new weapons and accessories. There's not much to the process, and you can customize only Rush's equipment; other units take care of things on their own, using the items you let them keep in the postbattle screen to upgrade their stuff, or sometimes even going so far as to ask if you will give them an inventory item. Considering that characters develop based on the attacks they perform, there is a lot of flexibility--and intangibility--to party progression. As a result, there is a certain amount of replay value here, if only to see how differently battles can play out if you decide to make Rush concentrate solely on mystic arts, or see what happens when the four-armed Torgal focuses on combat skills.

The Last Remnant sounds mostly spectacular. The voice acting isn't always excellent, though it's hard to fault the actors when they're forced to deliver some of the game's awkward dialogue and odd bits of slang. Everything else is of top quality, particularly the excellent symphonic soundtrack. Even after hundreds and hundreds of encounters, the battle music is always rousing, and the triumphant fanfare after every conflict rivals the best of the genre. Every town has its own theme music, and the melodies are terrific in their own right and flawlessly match the city's unique visual design as well.

You may be inclined to give up on The Last Remnant when you first witness its major graphical flaws, but if you can grow to forgive them, you'll find a fun adventure that will draw you into its finely crafted universe in spite of it all. How unfortunate that such a renowned RPG developer has buried a potential classic under a humiliating technical fiasco. 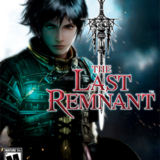