Ever since satellite maps of the world became readily available online, people have been finding myriad ways to enjoy them. From personal inquiries, such as looking up a neighborhood or a famous landmark, to commercial schemes, such as creating a fake island to promote a movie, satellite maps have proved to be fertile grounds for a wide range of endeavors. The Last Guy takes this source material to a whole different level. In the wake of a global catastrophe, you run through stages built from satellite images of notable real-world locations, from Trafalgar Square in London to the National Mall in Washington, DC. As you gather survivors and lead them to safety, you'll find the novel presentation and simple, addictive gameplay make this short puzzle action game a surprising treat.

The outlandish premise is quite simple. You are charged with rescuing survivors of a mysterious purple beam attack that has left most of humanity zombified. Throughout the 15 levels, you'll run through the streets of international cities, coax people out of their hiding spots, and lead them to the designated escape zone. Zombies also patrol these streets, and they'll scare off your followers (and destroy you) if you let them get too close. As you progress, you'll encounter more diverse and sinister types of zombies, and your survivor quotas and time limits will become more challenging.

A few elements help to transform this simple action into an engaging game, and they are all key to survivor management. Initially, most survivors will be holed up inside buildings, though each level will feature an amusing pack of brave souls who wait in the open air, spelling out "HELP" in their native language. Pressing X brings up a thermograph display that shows you where survivors are hiding and reveals the solid outlines of buildings. You'll use this display often as you plan your route around the area, targeting the largest concentrations of survivors and taking advantage of routes that might be obscured by overpasses or tall buildings. However, most zombies do not show up on this display, so you'll have to wean yourself off of it as you progress and encounter tougher, faster foes.

Everyone that you rescue tags along until you drop them off at the escape zone, so as you accumulate more people, you'll grow a longer trail. Zombie attacks will cut off your trail, sending all of the disconnected folks scurrying into nearby buildings. To avoid this sort of setback, you can use your dash power to temporarily run faster, or use your assemble power to gather your crowd into a tight mass. These abilities drain your stamina bar, which increases in size as you amass more followers and regenerates slowly over time. Challenging you to maximize your stamina powers without overextending yourself is one of the ways The Last Guy creates a tough, yet fair test of your abilities.

On early levels, you'll need only a clear understanding of the rules to help you meet quotas and clear levels. Things get tough about halfway through, at which point you'll have to intentionally incorporate close brushes with death into your strategy, walking the thin line between folly and derring-do. More advanced strategies become essential, such as completely encircling buildings to instantly add all of the inhabitants to your line, or moving in tight circles rather than standing still, so that your line catches up with you. This is where The Last Guy becomes a real thrill: Successfully amassing a massive trail of screaming survivors, navigating them through zombie-stalked avenues, and delivering them to the escape zone is immensely satisfying. The gleeful ticking of people joining you audibly ratchets up the stakes, and the electro-pop beat that will infuriate anyone who isn't playing the game keeps the pace and pressure up nicely.

With only 15 levels, The Last Guy lasts just a few hours. Any replay value relies on your desire to revisit levels and aim for a high score by delivering as many followers as you can in one fell swoop, or by capturing the four VIPs hidden in out-of-the-way buildings in each level. After completing later levels, it's refreshing to go back to the friendlier environs of the first few stages, where daredevil antics that got you through the later levels will make you feel like a real hero. Each replay also changes the stage slightly by redistributing power-ups, which run the gamut from mildly useful stamina boosts to tactically crucial warp points.

Though it is short, The Last Guy ends up feeling like a well-measured package. The evolving enemies present different challenges without becoming overwrought, and the locations oscillate well between enjoyably iconic and fiendishly tricky. The satellite images make a great setting, though it is a bit disappointing that certain levels aren't as visually sharp as others. Regardless, at $9.99, The Last Guy is good, clean, apocalyptic fun. 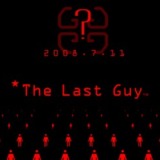 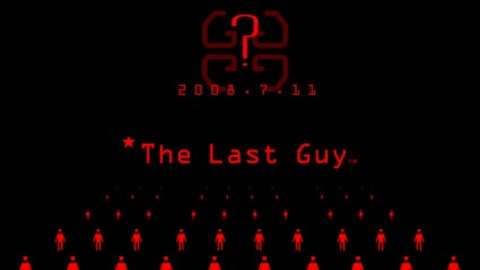 Round up survivors of the zombie apocalypse and bring them to safety by navigating satellite maps of real international locations.