The Last Door exhibits a few frustrating relics of adventure game design, but it also weaves an unsettling tale of insanity and psychological horror.

You have no choice. His mind is made up. When you begin The Last Door, each click of your mouse brings a tortured soul one step closer to taking his own life. There's little you can do but reluctantly click forward, knowing that each click will bring poor Beechworth one step closer to the end, as he gets the chair in position, and the noose, and then himself. Your participation in this tragic and desperate act makes for a harrowing opening to this point-and-click adventure, and though pixel hunts and antiquated puzzle designs sometimes pull you out of the moment, The Last Door largely manages to sustain an unsettling atmosphere of psychological disturbance throughout its currently available first two chapters.

With Beechworth promptly out of the picture, you play as his old boarding school chum Jeremiah Devitt, who visits his late friend's estate after receiving a mysterious letter from him. The letter references the science and philosophy group Beechworth and Devitt were members of in their school years, and Devitt immediately suspects that something terrible has happened. Beechworth's mansion, like every environment in The Last Door, is low-resolution to the point where picture frames on a table are represented by a few squiggles of pixels and faces on large paintings are monochromatic squares.

Given the game's focus on psychological horror, this visual style is often quite effective; your imagination, aided by some chilling sound effects, fills in the gaps, turning some slightly animated black shapes into a menacing murder of crows. But with such a lack of detail comes a need for the game to communicate certain things clearly, such as the locations of objects you need, and here, it sometimes stumbles. In one case, for instance, a necessary item sitting on a table is indicated by just a few pixels that are a slightly different color than the table beneath them. Your cursor lights up when you hover over anything you can examine or interact with, but in cases like this one, the cursor also glows in response to adjacent objects and there's no indication when you move from one object to the next. As a result, you might walk into and out of rooms containing things you need several times before you stumble upon the existence of these objects.

What you're expected to do with those things also sometimes defies understanding. At one point, you end up carrying a dying crow around, and although what you ultimately do with that crow has a sort of old-fashioned adventure game logic, it makes no sense that your character would do it, since he couldn't possibly foresee the beneficial result that it brings about. It's unfortunate that the puzzles you encounter aren't always more believably grounded in the game's haunting narrative.

That narrative, however, and the foreboding feeling the game conjures as you delve into its mysteries, entice you to persevere past these foibles and venture into the encroaching gloom. In Beechworth's mansion, the setting of the first chapter, there's an immediate, slightly unnerving sense that things aren't quite right, and as you find letters scrawled by servants and work your way deeper into the estate's secluded chambers, a chilling sense of the affliction that drove Beechworth to take his own life starts to form in your mind. Watching your pixelated hero hold aloft a lantern as he steps down shadowy hallways is a reminder that games don't need state-of-the-art graphics to make you hold your breath, that sometimes the things we imagine might be lurking in the dark are more unsettling than the things we see.

The Last Door's second chapter has Devitt's investigation taking him to the boarding school he and Beechworth attended as boys, and as he starts digging in the events of the past, the vaguely ominous feeling that permeates the first chapter escalates into something closer to dread. Flashbacks begin to suggest that Devitt has repressed certain memories of the past, and that his psyche is straining as a result of the horrors he witnessed. The storytelling starts taking detours into the hallucinatory, making you share in Devitt's fear and confusion as he struggles to uncover and confront the truth that haunts him and that drove Beechworth over the edge. Throughout it all, excellent sound effects--the rapid, shallow breathing of a terrified man, the unmistakable sound of nails being hammered into a coffin--complement the visuals, lending the events and locations of this chapter a vivid immediacy that's in no way hindered by the lack of visual detail.

Thus far, only the first two chapters of The Last Door are available, and it remains to be seen just where Devitt's attempts to uncover the past and excavate his own buried memories will lead. But this web-based adventure game is off to a promisingly frightening start. The Last Door is all the more engrossing for the ways in which its visuals encourage your own imagination to play a part in creating its horrors. 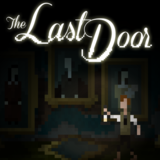 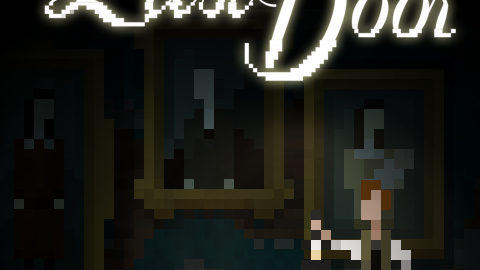 The Last Door: Chapter 1 - The Letter

The Last Door is a horror adventure game where you must unravel the terrible situation in which the manor's inhabitants are living as well as the truth about his owner.