The Last Campfire Review – One Step At A Time

The Last Campfire is a cozy puzzle game with impressive variety to its satisfying, bite-sized conundrums.

There is no singular theme to the puzzles in The Last Campfire. In fact, there aren't even distinct spaces where puzzles exist. Instead, the entirety of this quaint puzzle adventure is just one puzzle built on another. Yet despite this, The Last Campfire isn't simply one conundrum after the other. It's a touching tale of helping others while finding your way, and sometimes accepting that not everyone who might look like they're ready to move on needs a nudge in that direction.

You play as Ember, a small hooded figure lost in a world between worlds. After some misfortune, you find yourself completely off your intended path, searching for a way back to the gates that so frustratingly passed you by. Littered across your journey are a handful of campfires, each situated in the center of distinct biomes that house numerous other characters in need of your help. These similarly lost souls, known as Forlorn, have abandoned hope of moving on from this world, requiring you to help them overcome any fears and doubts holding them back.

Each manifests as a bite-sized puzzle with its own distinct theme. Some puzzles involve moving an object through a level toward a weighted switch, navigating chasms, and pulley elevators. Others task you with keeping a small flame lit through a maze littered with wind-generating hazards or rotating a block logically to set nearby lanterns alight without extinguishing the flame. The sheer variety of the puzzles is impressive, as is their intelligent design, which makes each one's premise easy to understand. None of The Last Campfire's puzzles are brain-racking conundrums, but each one does still manage to stir a sense of accomplishment on its solution.

The themes of the puzzles also reflect the troubles of the characters hosting them, with each darkened puzzle room appearing as a peek into their mind. These small stories unfold as you progress with your solution, with the folklore-style narration providing intriguing context to each of your actions. For example, a rusting robot once bursting with imagination has had its creative spark diminished, with the puzzle guiding you toward this small spark and helping to reignite it into a roaring flame once again. In another, the thoughts of an anxiety-filled Forlorn manifest as a twisting maze of incomplete pipes, tasking you to find a clear path through the confusion. Even with the large quantity of stories, I found myself compelled by each individual one, though their brevity did leave me craving for a chance to further explore each character.

The Last Campfire also showcases some restraint, featuring numerous characters who reject Ember's help. Its message isn't so much that every problem has a solution, but rather that the solutions themselves need to be well-thought-out before you attempt them. Some of The Last Campfire's characters aren't at a stage where they're ready to accept Ember's help, and it's touching that the game frames this in an accepting manner.

Each of the small hubs that host these characters and their stories is a puzzle room itself, featuring more intricate problems to solve. Some of these puzzles play out like an adventure game, where you have to hunt down specific items to solve problems, such as bribing a giant frog with a large, juicy worm so that it will offer you passage to a new area. Despite taking place in a larger area, the solutions to these puzzles remain relatively straightforward, with helpful hints guiding you toward solutions if you happen to get stuck. The hints don't outright spoil the fun of coming to the solution yourself but help point you in the right direction if you've scoured the area and just missed a deviously obscured path.

Other puzzles are more intricate in their presentation and are some of the best The Last Campfire has to offer. A foggy forest maze is a standout here, similar in structure to that found in The Legend of Zelda: Link's Awakening but with its own distinctly memorable mechanics. Instead of memorising the correct path through a series of hazy gates, you have to venture through them in search of pieces belonging to a central stone map. With the discovery of each new piece, you're able to manipulate the routes of the gates around you, charting paths to new areas that were previously inaccessible. But just like its smaller and more self-contained puzzles, The Last Campfire balances its difficulty with these larger-scale puzzles deftly, gently challenging you but always being clear with each puzzle's objectives and the means with which you can solve them.

Exploring each of these biomes is a treat too thanks to The Last Campfire's bright color palette and whimsical world design. Its characters range from charming to frightening, with a welcoming cook brewing a delectable stew over a large black cauldron contrasted with an imposing bird atop a cold stone throne pushing you to toss aside your adventure. It's easy to get engrossed in The Last Campfire's mysterious world, but performance issues sometimes break its spell. On Nintendo Switch, the frame rate would often lurch to a near halt when transitioning between the larger world and self-contained puzzles, while it inexplicably crawled while traversing small, empty areas. It's not prohibitive to the slower-paced gameplay, but it was frequent enough to be quite bothersome.

But when The Last Campfire captivates--which it does so often--it's difficult not to sink into its breezy pacing and satisfying puzzle-solving. It never overstays its welcome or stretches puzzle ideas beyond their limits, letting each one leave an impression despite their brevity. The Last Campfire's narrative contextualizes each of these with small anecdotes, letting your imagination fill in the blanks of its world between worlds to the backdrop of its colorful imagery. It's a consistently relaxing and pleasant experience. 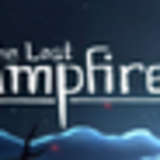 Alessandro fell in love with The Last Campfire's world, guiding Ember to every Forlorn in need during six hours with the puzzle game on Nintendo Switch. He found it delightful to feed a wholesome stew to a friendly but comically large, round pig. 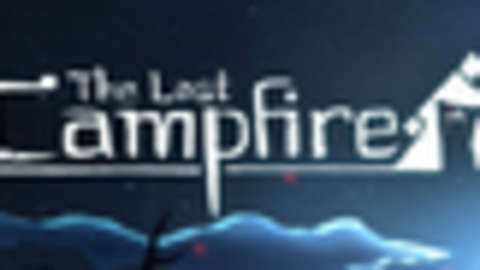