The King of Fighters XII Review

The King of Fighters XII is the latest chapter in 15 years of fighting game history. It's also a disappointment.

The King of Fighters series has offered team-based 2D fighting game competition, in arcades and on multiple console and handheld platforms, for 15 years. But other than the forgettable Maximum Impact series (which used 3D graphics) and a few obscure handheld versions, the series has generally reused the same 2D "sprite" art assets for its characters year after year. Until now. The King of Fighters XII offers a big visual overhaul that introduces huge new character sprites, along with brand-new background stages and music to go with generally solid fighting game action. But in exchange for the new paint job, the console versions of the game come stripped down with limited play modes, a thinner character roster than usual, and serious online problems.

KOFXII is a one-on-one fighting game that lets you choose a team of three different characters to challenge your opponent's team of three, and the game's fundamental fighting mechanics are pretty sound. The game's roster has a good variety of different abilities, strategies, and combination attacks, and the pace is good and brisk--about as fast as that of more recent games in the series. The characters also seem balanced--a team of any three characters has a good chance of beating pretty much any other team of three. KOFXII even has some new gameplay additions that really change the way matches are played, such as the new-and-improved knockdown attacks, which set up new offensive possibilities. There's also more emphasis on advanced "juggle" attacks than in previous games in the series--there are more opportunities to knock your opponents skyward and then hammer on them before they hit the ground, so skilled players have new ways to punish their opponents' mistakes.

The last new gameplay feature is the "critical counter" system, which rewards your well-placed counterattack by briefly stunning your opponents, opening them up to a huge offensive flurry. It sounds interesting in theory, but in practice, it tends to encourage both players to be a lot more conservative because nobody wants to open himself up to a critical counter followed by a giant knuckle sandwich. Also, even though the game has several of the gameplay accoutrements of the more recent games, such as the ability to roll forward and backward, as well as multiple jump levels, there's only one level of your character's "power meter" to perform only one level of superattack--the spectacular hyper and leader attacks of recent years are gone.

If you can accept KOFXII on just those features, you're all set to enjoy what the game has to offer. But if you've played any recent games in the series, you'll be disappointed by the relatively small character roster. For many years now, the KOF series has offered character rosters with more than 30 characters; this time around, you get only 22. This includes the addition of two forgettable console-exclusive characters, Mature and Elizabeth, as well as the conspicuous absence of SNK's iconic female ninja/geisha girl, Mai Shiranui. To be fair, KOF XII's all-new art assets make the game something of a restarting point for the series--but if you're a longtime fan, you'll still probably find yourself wishing the game hadn't cut this or that character you used to play.

And a few characters have actually been revamped with interesting new fighting styles, such as the devilishly debonair Iori Yagami, whose old abilities have been replaced by close-range, slashing attacks. However, most of the other characters have lost the newer tricks and fighting maneuvers they acquired in recent editions of the series. In some cases, they have the move sets and abilities of much older versions of their characters, such as Kyo Kusanagi, who plays like his KOF '95 version.

Still, the character roster is pretty well rounded and has most of the popular characters from the series, so if you're a KOF fan, you can probably find at least one team you'll like. You will have more trouble with the game's online multiplayer, which was patched on day one of the PlayStation 3 version's retail release (the Xbox 360 patch has not yet been released). Both versions still suffer from lag--in some cases, extremely bad lag. This is annoying for any fighting game, but it's a bigger problem for KOFXII because the critical counter attacks (which can be hugely damaging) require specific timing to pull off, and that timing gets completely thrown in a match that lags. KOFXII's online play is buried in unintuitive menus that make it hard to find players with decent connections, and for some bizarre reason, you can't quit out of Spectator mode to find another game. So sometimes, you'll find yourself stuck watching other people's matches.

Because the online play is such a bad experience, you might think you can get by with offline play, at least until the problems are all patched out. Unfortunately, KOFXII doesn't have much to do offline. There's a single-player Arcade mode (which is actually a Time Trial mode) that lets you fight five matches against other in-game characters but then immediately ends because there's no boss character. There's also an offline Versus mode that lets you challenge the person sitting next to you, and a Training mode that lets you practice on a dummy character. And there's a picture gallery where you can unlock some character art. That's it. There's no Story mode, no Challenge mode (like the robust Challenge mode of KOFXI for the PlayStation 2), and no Survivor mode--a staple of home KOF versions for the past 10 years.

Even though KOFXII's new sprites and backgrounds are big, vibrant, and well animated, when you sit down to play the game for a bit, you'll find that the soundtrack is mostly unexciting ambient music and background noises. Sitting down longer with the game will probably make you yearn for more offline modes or your favorite KOF characters that didn't make the cut. And trying to play the game online--at least at the time of this writing--will probably make you want to stick to playing the game offline, with friends who are sitting next to you. If you're lucky enough to have an in-house fighting game competition, you're probably in the best position to enjoy KOFXII because despite the thin roster and gameplay changes, the game still offers a decent head-to-head experience with bona fide new gameplay features and some overhauled characters with interesting new abilities. If you're not, you might have trouble justifying the decision to pick up this game when there are other excellent 2D fighting games out there with stronger online multiplayer, more characters, and more offline content. 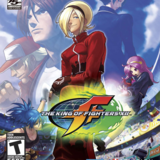 The King of Fighters XII
Follow
$22.99 on Walmart
Buy 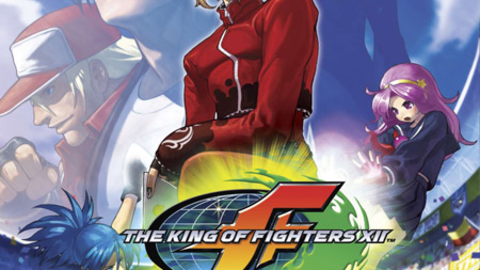 The King of Fighters XII

The King of Fighters XII is the first KOF game in almost a decade to feature a complete visual overhaul.

6.1
Sign In to rate The King of Fighters XII