Though the experience is short-lived and marred by sticky controls, it's fairly good while it lasts.

The impending release of Pixar's next animated film, The Incredibles, has generated a tornado of speculation concerning the top-flight animation company's business relationship with Disney, which is set to expire at the end of 2005. For the time being, however, these family entertainment giants are jointly moving their new property to the cell. The first full-fledged Incredibles mobile game, The Incredibles Adventure, is a worthy design effort that features two playable characters and some interesting, collaborative puzzle elements. Though the experience is short-lived and marred by sticky controls, it's fairly good while it lasts.

In The Incredibles, you play as the husband-and-wife tandem of Bob and Helen Parr, aka Mr. and Mrs. Incredible. Mr. Incredible, a lantern-jawed blond dynamo, is gifted with incredible strength, while his lovely wife (who also goes by her nom de guerre Elastigirl) can stretch and distend her limbs to great lengths. The two heroes have to stop their nemesis, the potbellied Syndrome, from rampaging through the city with his army of goons and killer robots. To catch Syndrome and save the day, Mr. and Mrs. Incredible must make it through a jungle, infiltrate Syndrome's hidden base, and then finally confront the villain in the middle of the city.

As their physiques suggest, Mr. and Mrs. Incredible have different specialties. Mr. Incredible can pick up and throw boulders, crates, or his wife, as well as break down certain barriers with a shoulder charge. Meanwhile, Mrs. Incredible can use her radically pliable arms to attack enemies from a distance, operate switches, or grasp certain handholds to carry her over extended gaps. You can switch between characters at any time, and you'll need to carefully combine each superspouse's abilities to progress through the game, which features a gameplay system that is somewhat reminiscent of such offerings as The Lost Vikings. For one thing, the game's three levels are filled with baddies, which include mechanized turrets and spiders, rifle-toting henchmen, and huge robots called Omnidroids. The human enemies are susceptible to having their lights punched out by either Incredible. The robots, on the other hand, must be crushed under boulders or, in the case of the Omnidroids, systematically destroyed by Mr. Incredible. Each Incredible has a limited stock of life points that are difficult to replenish, so it's best to avoid direct combat when possible.

The level layouts themselves are a somewhat more intriguing challenge. They include a fair number of terrain-related puzzle elements, like teleporters and pressure switches, that are only solvable if you plan ahead and have one Incredible or the other in the right place at the right time. For instance, Mrs. Incredible might have to stand on a switch to lower a barrier so that Mr. Incredible can fetch a box to keep the trigger depressed. At certain points in the game, you may have to split the couple up temporarily so that each person can seek out switches that will allow the other to continue. These puzzles are generally pretty simple, but they are still elegant enough to add a much-appreciated critical-reasoning component to the adventure.

Unfortunately, The Incredibles' one major caveat hinders the full enjoyment of the game's witty design. The game's controls are laid out logically enough, but their response time is on the lax side, at least in the Series 60 Java version of the game. This unresponsiveness, coupled with the game's skippy frame rate, can make the basic platforming action really frustrating at times. In this environment, even supposedly simple tasks--like stepping off of a ledge and onto a moving platform--are more challenging than they should be. Nevertheless, The Incredibles' four levels (three full-fledged levels and a tutorial) won't last a seasoned mobile gamer more than two hours, even if he or she suffers many gratuitous deaths from control lag. This is definitely on the short side for today's typical mobile platformers. Beating the game opens up a time challenge mode, but simply performing the same tasks at a more frenzied pace doesn't add much to the replay value.

The Incredibles does a fine job of presenting its cartoony subject matter visually. The game's bold color palette makes for a nice combination with Mr. and Mrs. Incredibles' red-on-black costuming. The background visuals and character animations are competent, if fairly unremarkable; you will, however, appreciate the characters' large sizes. The game's sound is adequate, consisting of several short, looped tunes that are appropriate to their particular stages. There are no sound effects in the Series 60 version of the game, but this isn't a huge loss.

In all, The Incredibles is a short but slightly better than average platformer, simply because Lavastorm and Disney put some thought into the game's design. The execution in this game could certainly have been better, but even so, The Incredibles constitutes a step in the right direction for Disney's mobile gaming business--which, until now, hasn't produced many games of note. Platformer fans should get at least a little kick out of this game. 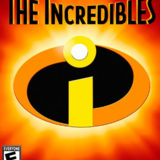 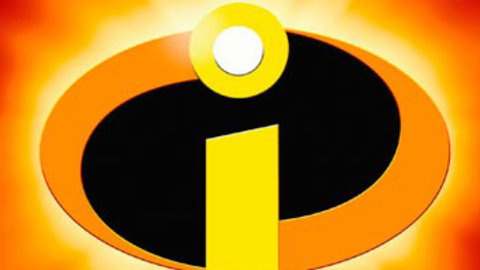 The Incredibles is a fairly unremarkable experience that puts you through the motions of the film's plot without capturing any of its essence.