For all that The Hulk misses on, the game gets enough of it right to tip the scales in its favor.

With the current rash of comic book movies sweeping through Hollywood, the video game tie-in has practically become an inevitability. For instance, Ang Lee's big-screen interpretation of The Hulk is just around the corner, so VU Games and Radical Entertainment have stepped up with a video game counterpart. At its core, The Hulk is a simple beat-'em-up action game that delivers an enjoyable comic book experience with plenty of wanton destruction, as well as its fair share of flaws.

Though it's a tie-in with the upcoming Universal motion picture of the same name, the game pays only passing respect to the movie's storyline, instead borrowing elements from both the film and the comic book series to create an entirely new adventure. The story it weaves, which pulls in The Hulk regulars like Betty Ross, General Ryker, and the Leader, isn't terribly cohesive or compelling. The story is just a means to an end, the end being a series of scenarios where the Hulk can do some serious smashing.

As the Hulk, you'll essentially be running from one end of a level to another, beating on a variety of opponents, smashing through walls, and generally running amok. You'll occasionally run into sections where you'll have to target something specific before you can advance, but for the most part, the action is simple, fast-paced, and fairly brutal. The Hulk has at his disposal a small yet potent arsenal of attacks. There's the simple punch attack, which you can tap for some quick three-hit combos and hold in to charge up your punches. The charge-up effect is pretty cool, especially when you use it mid-jump, as it will leave you hanging in the air for a couple of beats before you launch toward your target. You can mix up the three-hit combos a bit by using the Hulk's hand-clap attack, which creates a sonic boom that can knock down and disorient enemies. The Hulk is also able to grab enemies and knock them around a bit, or use them as projectiles. Actually, the Hulk can grab just about anything and use it as a melee or projectile weapon, and this ability is complemented by the game's semi-destructible environments. You can knock down pillars, break pipes, or bust straight through walls, which gives you plenty of debris to use against your enemies. The Hulk also has a rage meter that fills up as you give and receive damage. Once the meter fills, the Hulk gets even angrier, which temporarily gives his punches more wallop and allows you to trigger some special attacks.

The gameplay does an excellent job of making you feel like you are the Hulk. Simply jumping creates huge cracks in the floor, and your fighting will leave the environments in ruins. You also dish out absurd amounts of damage on your enemies, whose greatest strength seems to be numbers. Indeed, the game will throw a virtually never-ending stream of enemies at you, including regular army men, gamma dogs, a variety of gamma-enhanced soldiers, and even some anti-Hulk robots. If you do clear a room, it only takes a couple of seconds for more enemies to pour in, so your usual plan of attack is to beat back the opposition just enough to move on to the next area.

Unfortunately, the game breaks up the simple-but-satisfying Hulk action with sequences where you play as the Hulk's alter ego, Bruce Banner. These sequences blend basic stealth action with some crate pushing and switch flipping, as well as the hot new gameplay mechanic for 2003, the fake-hacking minigame. In The Hulk, the minigame gives you two strings of numbers and 20 seconds to make them match up by switching the positions of two numbers at a time, which is neither challenging nor particularly fun. The Bruce Banner sequences in The Hulk really bring the whole experience down, as they aren't as engaging or as fully developed as the pure Hulk action sequences.

The story mode in The Hulk clocks in at well under 10 hours, and though the Hulk sections are good fun, the sheer simplicity of the gameplay will probably leave you pleased that it didn't go on any longer. Though, if you want to deal more damage as the Hulk, the game also offers a survival mode, a time attack mode, and the aptly named Hulk Smash! mode, which gives you a train yard full of destructible objects and a time limit.

The most striking visual aspect of The Hulk is the way the characters are rendered. The game uses a sort of modified cel-shading effect that gives the characters a distinct comic book feel, but with a darker, grittier edge. Whether they're in cutscenes or in-engine, the characters look sharp and move in an exaggerated but believable fashion. The environments, which are primarily indoor locations like office buildings, laboratories, military compounds, and underground bases, look clean and sharp. After a while, though, all these federally funded compounds start running together, and the structural differences between the government base at Alcatraz and the Leader's underground lair are mostly nominal. Make no mistake, there are some cool set pieces, though the game's coolest moments happen early on, and it seems like the developers started running out of ideas as they got nearer and nearer to the end.

The game is pretty sound technically, and it maintains a fairly smooth frame rate throughout. The only time there's any serious slowdown is when there are some serious particle effects onscreen, which seems to be a pretty rare occurrence. All three console versions of The Hulk look basically identical, though the GameCube version looks somewhat worse than the other two. The Xbox version is all around the best-looking of the three, featuring the cleanest textures, the best-looking particle effects, and the least-prominent aliasing. The PlayStation 2 version has a bit more aliasing and some occasionally blurry textures. The GameCube version has the same deficiencies as the PlayStation 2 version, just to a slightly greater extent.

The Hulk looks a bit better than it sounds. Certain elements of the game's sound design, including the voice work by actor Eric Bana, who plays Bruce Banner in the movie, and the variety of appropriate crunches you'll hear when smashing stuff, lend an extra level of weight to the whole experience. Other elements, like the repetitive cries of your enemies, the average soundtrack, and the underwhelming roars of the Hulk, are just there, not really adding to or detracting from the experience.

For all that The Hulk misses on, like the repetitive level designs and the clumsy stealth action sequences, the game gets enough of it right to tip the scales in its favor. The action sequences are fun, but the combat is so simple and the story mode so short that the game's lasting appeal is limited. Unless you're a huge fan of The Hulk, you'd be best off renting and beating the game over a weekend. It won't take you very long, but it'll still be a largely satisfying experience. 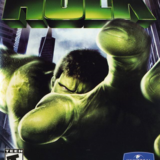 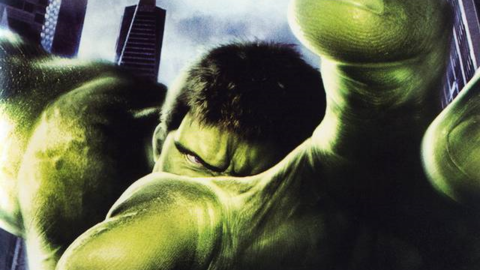 For all that The Hulk misses on, the game gets enough of it right to tip the scales in its favor.