If you're up for a little bit of trivia with a dirty sense of humor and you have three like-minded friends, The Guy Game won't let you down.

What happens when you take one part You Don't Know Jack and cross it with the drunken college girl antics of the Girls Gone Wild video series? This burning question has been with us for eons, but now, we finally have the answer thanks to Top Heavy Studios' first release, The Guy Game. This topless trivia game is a slickly produced product that has some pretty strong appeal to a specific audience.

That audience is, obviously, the college-aged male. Stereotypically, the college guy is usually drunk and always on the lookout for a little nudity. The Guy Game plays to this stereotype by taking what would otherwise be a standard trivia game and adding college girls--most of them in a semidrunken stupor--attempting to answer trivia questions in a series of videos shot during spring break at South Padre Island. On top of that, the game has a free-form drinking game called President, which is perhaps better known in some circles as "Presidents and A**holes" or simply "A**hole," built right in.

The game is broken up into several "episodes," each of which features a different set of girls, and it contains more than 1,000 questions in all, though not all of these questions are asked on video. From there, the game is further broken down into four rounds. The first round has you answering trivia questions. Then, one of the girls is asked the same questions, and much like in a game played fairly often on Howard Stern's radio show, it's up to you to guess if the girl will answer the questions correctly or incorrectly, which earns you bonus points. The trivia in the game is pretty good, varied, and not overly difficult. One minute you'll be asked to remember something from the TV show, Friends, the next be asked about Miles Davis, Avogadro's Number, and so on.

Round two is a simple little ball-based competition. Each game has you controlling a ball, though one is a sort of virtual skee-ball, one is a sort of four-way soccer match, and the last has you trying to keep your ball on a platform while knocking the others over the edge. These action-oriented games are really basic, but they're well-executed and fun with four players.

In round three, you're back to answering trivia. On top of that, the questions are again posed to the girls. This time, they get every question wrong, but it's up to you to guess which incorrect answer they'll give. Since many of the girls are plainly intoxicated, it's usually pretty easy to guess which dumb answer they'll come up with. Again, getting these right will earn you bonus points.

Bonus points go toward your score, but they also have a much larger purpose. The catch to the video in the game is that if the girls miss the question, they have to flash their breasts on camera. But at first, those flashes will be blocked by a big Guy Game banner. Your bonus points fill up the "flash-o-meter." Once it's halfway full, the banner becomes a pixelated mosaic that obscures the action. But once you get the meter up into the red zone, the videos play uncensored, and you'll unlock that episode for play anytime. You can play episodes over again with different questions, though unfortunately, this alternate trivia mode doesn't translate into new questions for the girls. If you fail to get the meter full by the end of round three, you won't get to continue on to the final round.

The final round, called the hottie challenge, is some sort of physical challenge for the girls. Sometimes it's a sack race. Sometimes it's seeing who can work a hula hoop for the longest. The girls get a boost to their score if they choose to participate in the event without a shirt on--most of them take full advantage of the opportunity. It's up to you to guess who will win the competition and bet your points accordingly. At the end of the game, the player with the most points wins.

Graphically, it's hard to expect much from a simple trivia game, but The Guy Game has a clean, slick interface that works well. The video, compressed using the DivX codec, isn't quite full screen, but the footage is clean--or as clean as you can expect from a trivia game shot on a beach during spring break.

The audio in the game mostly consists of a couple of guys acting as commentators and a woman who asks you questions. Some dumb jokes are thrown in here and there, and they fit in with the rest of the game pretty well. The guy asking the questions to the girls on the beach is an aspiring stand-up named Matt Sadler, and when it comes to cracking wise while trying to keep obviously tipsy girls in line, he does a pretty good job.

The Guy Game is currently available on both the Xbox and PlayStation 2, and there's very little to separate the two versions. The Xbox has progressive scan support, which gives it an extremely slight leg-up on the PS2 version. Also, since it's best enjoyed with four players, PS2 owners will want to make sure they've got a multitap handy.

The Guy Game can be played by one to four players. When playing alone, you get access to only one of the ball games, and the President feature is disabled. The President portion of the game isn't terribly deep, but it's functional. It comes with a stock set of rules (which can be totally customized), and the point leader gets to choose one each round. The game doesn't really come out and say it--which is strange given the uninhibited nature of the rest of the game--but the intent is that if one of the rules is violated, the player at fault has to take a drink. The game is most certainly at its best when played in a rowdy fashion with four players.

The Guy Game is aimed at a pretty specific audience. If you're a fan of trivia games but not a fan of cursing and some topless girls, then the game isn't for you. If you're looking for something more risqué than some occasionally exposed breasts, then get out of the game section and head to your video store's back room. But if you're up for a little bit of trivia with a dirty sense of humor and you have three like-minded friends, The Guy Game won't let you down. 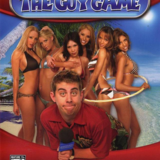 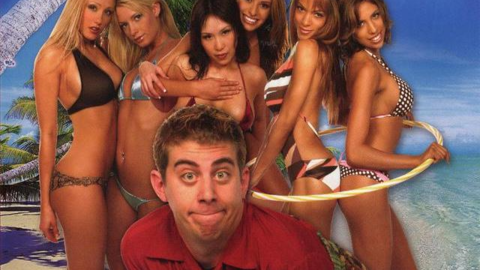 If you're up for a little bit of trivia with a dirty sense of humor and you have three like-minded friends, The Guy Game won't let you down.