The Fight: Lights Out Review

This fighting game offers some simple yet brutish fun, but poor controls and uninteresting presentation make it a struggle to get past the first few rounds.

There's a lot of guilty pleasure to be had from watching the lowlifes in The Fight: Lights Out recoil from the impact of a mighty blow straight to the forehead, but it's also a lot of hard work. Sweat and soreness are practically guaranteed thanks to the game's admirable re-creation of basic brawling, forcing you to deliver your punches with force instead of fluff to make any decent contact. But the foes aren't limited to the dozens of hobos, drifters, prisoners, and other scumbags lining up for an in-game beating; the Move-based controls also put up a fight, with the game mixing up the more complex attacks and requiring recalibration far too frequently. The Fight's narrative and presentation, too, have all the impact of an uppercut from an asthmatic 5-year-old, making it difficult to muster any enthusiasm for return bouts. This game can be a good option for those wanting to work out and lift their heart rate, but when it comes to fun, The Fight swings hard but fails to connect.

Here's a piece of advice before you strap on the virtual knuckle-dusters in The Fight: warm up. Just as in a real brawl, it takes a lot of aerobic ability to keep swinging, and throwing real punches--hard, fast, and often--is this game's main prerequisite. The Move controllers act as your fists, and while the game can be played with one Move and a normal controller, none of the one-to-one movement tracking is available when using a Sixaxis or DualShock, meaning you're left with one hand that can do only simple jabs and uppercuts. When you use two Moves, your in-game avatar mimics your upper body's movements with a good degree of accuracy, and while there's a very tiny amount of delay between your movements and those on screen, it's not particularly noticeable when you're in the midst of a brawl.

Watching your in-game avatar mimic your movements closely is initially quite impressive, and The Fight's basic controls are extremely intuitive. Want to throw a punch? Just punch forward with your fist. How about an uppercut? Then swing your fist in an upward arc. Want to block an attack? Just hold up your arms with the Move controllers in hand to ward off the blow. The Fight also takes velocity into account, meaning that you have to put some heft behind your strikes to get past an opponent's guard and do real damage. Simply swatting at the screen or ineffectually jabbing won't do much--you have to punch like you mean it, which results in a pretty hefty workout that's bound to leave you puffed and sweating after a few fights. The game also uses the PlayStation Eye camera for head tracking, which allows you to bob, duck, and weave your head to avoid hits. When it sticks to the basics, The Fight can be fun. Throwing jabs, haymakers, and uppercuts and generally trying to find defensive weak points in an opponent is engaging, and there's quite a bit of simplistic joy in watching your foe's head snap back after you deliver a vicious and well-timed straight fist.

This brutal glee is short-lived, though, with The Fight tangling itself up in the ropes when it comes to any of its more complex moves. These moves--which you earn as you beat opponents in the game's lengthy single-player campaign--are performed by holding down the trigger on one (or both) of the Move controllers and moving your arms in a specific motion. Elbows, for example, are done by holding the trigger and thrusting one Move forward, while backhands are done by holding the trigger and sweeping your hand in a backwards motion in front of you. The game will often mix up commands, coming out with a backhand when you're trying to do an elbow hook, or will even fail to register inputs completely, such as with a windmill punch that never seems to work. These special moves can be useful in getting past some of the tougher opponents, so it's frustrating when they don't work on a regular basis. But it's not just special moves that The Fight gets wrong. The game regularly loses track of your movements, forcing plenty of recalibrations in between bouts. Head tracking is easily lost as well and often won't work if the game deems your backing wall too bright or dark. Even with a "mini" calibration taking place before each fight, the game often gets it completely wrong, starting the match with your fighter's arms held up high in what looks like a premature celebratory gesture.

While it's possible to play through the game by sticking to basic punches and jabs, it's extremely repetitive and dull (as well as a good deal tougher), giving you little incentive to get back into the arena past the first few rounds. The Fight's story, too, does nothing to hook you in. In fact, there's no explanation as to who you are or why you're competing in a series of potentially deadly illegal fighting tournaments to begin with. There's a basic character editor for changing the appearance of your pugilist, and you can also improve his stats by working out in the gym (that is, perform some Move-based exercises such as punching a speed bag or sparring), but that's the limit to your character's depth. Your opponents, too, have little personality, let alone any real ties to your character to explain why you need to beat on them so bad. The only bright spark is ex-con-turned-actor Danny Trejo, who makes an entertaining appearance as your in-game mentor and tutor. Trejo's main job is to show you how to fight using the Move controllers, although this comes with the sad realization that if a tough guy like Trejo can't look tough when pretending to fight with two glowing Moves, there's very little chance that you won't look ridiculous busting out the same motions.

With more than 100 fights against colorfully named characters like the Violator or the Preacher, there's a lot of single-player content to be found in The Fight. This brawler also goes online, with the option to play ranked or public matches and even to watch and bet in-game currency on other players' bouts. Fighting online proved to be stable and lag-free, although finding ranked matches during testing proved to be tough. The online provides much the same experience as offline (that is, uneven), but it's a little worse because there's no way to recalibrate mid-match should the controls go awry.

Because the entirety of The Fight takes place in dark, dank environments, there's not much light or color, which gives the whole game a dull, monochrome vibe. The character models are also unattractive, and it doesn't help that the game's design ethos is to make all of the fighters look like weather-beaten hard men with heads like bags of hammers. It's hard to tell one fighter from another, which is somewhat fitting given the game's problems with differentiating some of its own moves. The Fight does provide some fun when it comes to basic brawling, and it will definitely make you sweat if you stick with it, but its uninvolving presentation and control problems mean that the battle to stay invested is as tough as any opponent you find in the game. 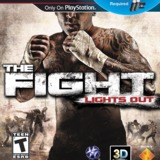 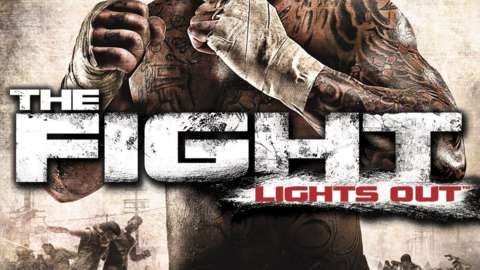 The Fight: Lights Out

Fight in the dark and gritty underground with the PlayStation Move motion controllers.