The Expendables 2 feels like a natural extension of its source material, but it's likely to please only a certain breed of old-school game fan.

Most people who go missing shouldn't expect an army of heroes to spring into action and scour the globe to find them, but money changes everything. When a billionaire is abducted, four brave and cash-starved mercenaries join together to save the unfortunate man from whatever fate his captors have in mind. Along the way, the foursome punch, slash, shoot, and blast their way to victory as the resulting body count goes through the roof.

The Expendables 2 video game (just barely) tells a story that unfolds shortly before the events depicted in the upcoming movie of the same name. That means you won't have to worry about spoilers as you work through the game's 20 stages. Aside from a few brief scenes that are surprisingly light on exposition, there's not really a narrative. The lackluster plot is as much a benefit as it is an issue, though, because there's nothing to distract you from focusing on the real action.

With the exception of some relatively brief and infrequent on-rails sequences that take place in vehicles, The Expendables 2 is a shooter in the vein of Neo Contra, or 2009's G.I. Joe movie tie-in. The action is viewed from an isometric angle that lets you see a substantial portion of whatever environment you might be navigating, but in this case there are four heroes working together to deal pain to the seemingly endless waves of enemy goons instead of the usual two. Those four heroes can be controlled either by real friends or by the computer, depending on your preferences and circumstances.

The available mercenaries each have two primary weapons they can switch between, as well as melee attacks and signature killing moves. Visually the character models resemble the characters in the film franchise, particularly Stallone's character, but the main reason to pick one mercenary over another is the primary weapon selection. Yin Yang carries a simple machine gun and some deadly throwing knives, while the bulkier Gunner Jensen can choose between a shotgun and a sniper rifle with a laser sight. Barney Ross is a middle-of-the-road character, meanwhile, and Hale Caesar packs more explosive equipment than the other guys.

They all start out quite strong (these guys didn't get where they are due to misfiled paperwork), but you make them even stronger by purchasing skill and weapon upgrades with the experience points you earn while playing through the campaign. Health, movement speed, and weapon effectiveness can all be enhanced slightly, just enough to make later stages less intimidating but not enough to make them too easy. The differences between a fresh character and one that has been powered may not be substantial, but upgrades still serve as a nice reward for your efforts.

If you've played games of this sort in the past, you shouldn't have much trouble with The Expendables 2 on the default Casual difficulty setting. There are a few places throughout the campaign where the action gets crazy enough that you might get unlucky and fail a mission, but generous checkpoint placement typically prevents you from losing much ground, and there usually are enough points of cover that four heroes are quite capable of cutting a swath through any enemy forces. There's also the option of the Hardcore setting, if you think you're up to it.

Whether you're playing with computer allies or with local or online friends, you can at least count on helpful support. Since the characters can't wander far from one another, assistance is usually not far away, and any human players will be happy to revive you, if only so they can keep advancing through a zone. Your computer friends never stray significantly from your side, so typically you have to wait only a few seconds if your character meets an untimely end. Then someone will kneel over him, and with any luck, he'll be revived a few seconds later. You can also switch to any available computer-controlled player at the press of a button (necessary in cases where you're playing alone and need to take control of Caesar to blast a gate with explosives), so there's not a lot of downtime.

The Expendables 2 can be simple fun, but some points could have benefited from more attention. Perhaps the game's biggest flaw is that you often have little indication where you're aiming your shots (or throwing knives, in the case of the very capable Yang). You face quite a few waves of opponents, some of them aggressive, and too many missed shots can lead to some real frustration. When your character is an inch away from several onscreen foes, and a spray of bullets has no apparent effect, it gets irritating. Fortunately, melee attacks work well in close quarters.

Then there are those unfortunate moments when enemies and your team members don't acknowledge one another. You might clear an area and see soldiers standing in plain sight on the trail not far ahead, but neither they nor your mercenaries engage until you position yourself just right. That might not seem so bad, but it breaks immersion and it can even temporarily break the game. In rare cases, you may find yourself stuck partway through a stage while you wander around and try to trigger a conflict so that the stage can continue. Such instances aren't common, but they can happen. There's also no option to return to the last checkpoint, so you can be set back quite a ways if you are forced to replay a level.

Despite such occasional stumbles, though, The Expendables 2 is a generally competent shooter. Environments are detailed throughout the campaign, and the action can get delightfully frantic at times. The aiming difficulties may mean that standard gunplay doesn't have quite the impact that it should (for both the mercenaries and their enemies), but explosions at least look substantial. For the most part the game feels like a true extension of the movies that inspired it. The few quips you hear in each stage strike an excellent balance that lends the experience plenty of personality without growing tiresome. Stallone doesn't actually voice his character, but his impersonator does a good job. Jet Li's stand-in is less convincing, but he also delivers fewer lines.

If you enjoy old-school shooters of this sort, The Expendables 2 is a reasonable diversion, even if you've never paid any attention to the films. The game does a reasonable job of delivering simplistic enjoyment, making it a functional time-waster but little else. 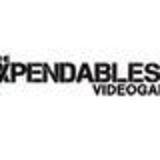 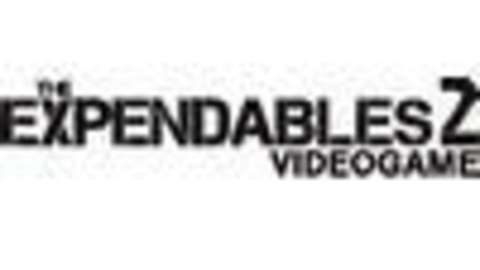 Building on the universe created in the high-octane, star-studded movies, The Expendables 2 Videogame invites you on an adventure to rescue an extremely valuable kidnapped billionaire.