The Evil Within 2 Review

Innovating within the bounds of horror's familiar tropes and rules is a difficult task, but one that The Evil Within 2 handles with grace. Developer Tango Gameworks cleverly introduces old-school horror design within the confines of a semi-open world that ultimately makes for a refreshing trip into a world of nightmares.

Picking up several years after the first game, we find the former detective Sebastian Castellanos in dire straits, still wracked with guilt over the loss of his family and haunted by his last visit into a nightmare version of reality. When a shadowy organization gives him the chance to set things right with his past and rescue his daughter from the dangerous and unstable world of Union, he willingly re-enters the haunting realm despite his residual trauma.

Right from the beginning, there's a sense of deja vu as Sebastian wanders the eerie and unreal locations in Union. Despite being one of the few survivors from the first game, he oddly finds himself falling for the same tricks and set-ups that the world and its inhabitants lay out for him. While this could be chalked up to a simple retread, much of these instances make a point of illustrating some key differences from this game and the last.

There's generally more of an adventurous feel compared to the original's isolated levels. With more side characters to interact with--opening up moments of dialogue that flesh out the story--and optional events scattered around the world, there's a level of freedom and variety in The Evil Within 2 that was largely absent from the first game. However, there are a few notable sections where backtracking is required, which slows the pacing and sense of progression to a crawl.

Despite this, exploration is consistently enjoyable, rewarding treks to the places tucked away, where you can find details about Union's history and meet other characters looking to survive the nightmare. With so many little details that add a lot to atmosphere, there's a clear respect for The Evil Within's world. The many nods to original game feel more impactful for it, giving a renewed appreciation for Sebastian's previous adventure.

Compared to its predecessor's singular levels in unique chapters, The Evil Within 2 possesses a more organic and interconnected set of places to explore--focusing on several large maps with multiple points of interest. While there's still plenty of mind-bending and perspective-skewing set pieces, such as a tentacle creature with a large camera for an eye, the explorable spaces are the real standout. In many ways, it's like traversing through a demented amusement park filled with hideous creations, forcing yourself to face past horrors. Adventuring to places not marked on the map often yields valuable resources, and also leads to some surprising encounters with obsessive ghosts and multiple unnerving, fourth-wall breaking events.

Over time, environments descend into chaos when Union inevitably grows unstable, turning a small town into a horrifying and unnerving shell of its former self. Streets vertically upend, and fire and blood exude from places they shouldn't. The visual design of The Evil Within 2 successfully juxtaposes vastly different settings and aesthetics, and presents them in a bizarre package that illustrates the erratic and unpredictable nature of the world.

While Sebastian felt more like a mere sketch of a hardened and weary protagonist in his first outing, he feels better realized and more grounded in this sequel, giving a certain gravitas to his struggle. Showing bewilderment and confusion throughout the first game, he's more confident and determined this time, even throwing in some fitting one-liners that poke fun at some of the dangers in the last game. The supporting cast of villains also feel more active in the ongoing events, and have a greater sense of place this time around--particularly with the eccentric serial killer artist who photographs his victims upon their deaths.

The Evil Within 2 successfully juxtaposes vastly different settings and aesthetics, and presents them in a bizarre package that illustrates the erratic and unpredictable nature of the world.

While there's occasional moments of cheese and humor throughout--such as the inclusion of a goofy shooting range and collectible toys related to other Bethesda games--the levity never feels out of place, which is an accomplishment considering the game's pervasive macabre atmosphere.

Putting a greater emphasis on the survival aspect of survival horror, The Evil Within 2 demands resource management and bravery in its relatively spacious world. While common enemies are fewer in number compared to the original game, they're far more threatening alone and can easily manhandle Sebastian. There's a thoughtful approach to engagement and progression this time around, which means you'll have to think twice about whether or not to engage a group of enemies. With that said, you have a sizable arsenal of weapons and gear--including the return of the Crossbow with six different ammo types--to take on the enemies as you see fit.

Throughout his journey, Sebastian carries a communication device, allowing him to keep track of main objectives, along with points of interest and intel on the fates of side characters in the area. How you go about dealing with these characters and exploring is up to you. Similarly, whether you avoid conflict with enemies or take out as many as possible along the way is down to your preferred playstyle. The Evil Within 2 accommodates those that prefer action as much as those that like to be stealthy. Combat is robust, thanks to improved weapon handling and character upgrading that allows you to focus on the specific areas of Sebastian's skillset to enhance stealth, combat, and athleticism.

Sebastian can return to the safe haven of his mind to upgrade weapons and skills, and review case files and intel on various characters. With the Green Gel collected from fallen enemies--and the new Red Gel that unlocks upper tier upgrades--the core upgrading system has been greatly improved. Going beyond simply increasing damage of melee strikes and stamina length, new special perks can be unlocked such as the ever-useful Bottle Break skill that uses bottles as self-defense items when grabbed by enemies. Along with the expanded weapon upgrade system, using only weapon parts, the systems of progression feel far more nuanced and open.

Sebastian will have to scavenge for supplies and other materials to make up for the lack of ammo boxes and health items. While this may seem like it can make things easy, efficient crafting can only be done at dedicated workbenches, whereas crafting in the field via the radial inventory menu should be done a last resort as it costs twice as many materials. This crafting element adds a bit of a survivalist feel to The Evil Within 2, where you're scrounging around corners to find materials, all while avoiding packs of enemies looking to pummel you.

Though the game is challenging even on its standard difficulty level, it's not unfair, and there are options for multiple playstyles. The standard Survival difficulty mode is manageable, and you won't find yourself hitting a way due to lack of resources. However, the Nightmare mode raises the stakes, featuring slightly altered combat encounters, harder enemies, and fewer resources to find. If you're up for a challenge of a different kind, the unlockable Classic mode will disable auto-saves, upgrades, and limit you to a finite amount of saves. In addition to extra unlockables for completing the tougher difficulties, the experiences they offer is more in keeping with the true survival horror experience, where resources are hard to come by, and the enemies are deadlier than before.

There's a clear respect for the horror genre in The Evil Within 2, with a number of references to classic films and games. The game channels that style and tone into combat that feels brutal and raw, stealth that has an air of suspense, and unsettling confrontations with dangerous, otherworldly creatures. The Evil Within 2 doubles down on the core of what makes survival horror games great: the focus on disempowerment and obstacles, and the ensuing satisfaction that comes with surviving a harrowing assault.

Though there's some occasional technical hiccups that result in some particularly frustrating moments and weird pacing issues, this horror sequel elevates the tense and impactful survival horror experience in ways that feel fresh and exciting. What this cerebral horror game does isn't totally new, but it rarely feels routine, and offers plenty of surprises. Coming in at a lengthy and surprisingly packed 15-hour campaign, the sequel does an admirable job of ratcheting up the tension and scares when it needs to, while also giving you the freedom to explore and proceed how you want. It's a tough thing to balance, but The Evil Within 2 does it remarkably well, and in a way that leaves a strong and lasting impression after its touching conclusion.

View Comments (255)
Back To Top
8
Great
About GameSpot Reviews 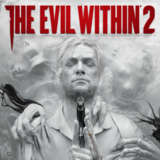 Alessandro enjoys survival horror games and thinks the Resident Evil remake is one of the best games ever made. While he found the original Evil Within to be mostly entertaining, he was very surprised at how much of an improvement the sequel is. Bethesda provided a complimentary PS4 copy of the game for the purposes of this review, with other members of staff playing the PC and Xbox One versions.