Our Other Takes present alternative opinions on s from unique perspectives. Click here to read our Featured Review!

After pouring hundreds of hours into the Elder Scrolls franchise over the years, Shaun McInnis used The Elder Scrolls Online as an opportunity to finally take a shot at the MMO genre. With his Nord Dragonknight, Shaun made it to level 22 before beginning this review.

As a fan of role-playing games and open-world sandboxes, I've long held a special place in my heart for the Elder Scrolls franchise. Since I was first introduced to the series with Morrowind back in 2002, I've spent countless hours exploring Bethesda's immense fantasy worlds in search of loot, adventure, and gorgeous views of the surrounding landscapes. It's that love for the series that inspired me to spend time with The Elder Scrolls Online despite one very embarrassing shortcoming in my gaming career: I had never played a massively multiplayer online game before, or at least not for any significant length of time.

I honestly couldn't tell you why that was. There's nothing about MMO games that I necessarily dislike; I just tend to prefer the freedom of solo adventuring over group raids and guild life. But I'm happy that I gave the genre a shot, because after 40 or so hours in The Elder Scrolls Online, I rather liked--though not exactly loved--my time with the game.

Much of that appreciation stems from the overall feel of the world. The Elder Scrolls Online does a great job of capturing the joy of existing within Tamriel, all those sights and sounds that make up a vibrant fantasy setting. My journey began on the bustling medieval streets of Daggerfall, though I quickly found myself exploring the windswept sand dunes of Stros M'Kai, the eerie swampland of the Glenumbra Moors, and the picturesque coastline of Stormhaven. And those are just some of the early-level areas. Even as I proceeded across the world map toward more challenging sections of Tamriel, I always felt like there was some fresh chunk of terrain to explore or some beautiful vista to take in.

The Elder Scrolls Online goes out of its way to immerse you in its world. It's not just the geographical diversity, either. A lush soundtrack provides a stirring backdrop to your adventuring, and a fully voiced collection of non-player characters bring each city and backwater hamlet to life. Sure, there are echoes of Oblivion in the repetition of voice actors, and the dialogue can feel a bit wooden at times, but the overall presentation goes a long way toward delivering a world full of characters rather than quest-giving cardboard cutouts.

The Elder Scrolls Online does a great job of capturing the joy of existing within Tamriel, all those sights and sounds that make up a vibrant fantasy setting.

And yet, throughout all my travels, I always felt a vague longing for the serendipitous discoveries of earlier Elder Scrolls games. Enemies always respawn in the same place, and there are no hidden cabins full of clutter to rummage through, no armor waiting to be discovered at the bottom of some lake--this just isn't a game that gives you much of a reason to wander off the beaten path.

That's something that took a while for me to come to terms with. The unpredictable exploration of Elder Scrolls games has always been one of my favorite trademarks of the series. The Elder Scrolls Online does give you plenty of interesting enemies to tangle with and the occasional treasure chest to happen upon, but compared to a game like Skyrim with all its environmental storytelling and unpredictable encounters, the world feels static. It's a beautiful place, but a sterile one.

So while I struggled to create my own adventures, The Elder Scrolls Online had plenty of its own exciting tales to tell. Rarely do its quests feel like tedious fluff; quite often, you're asked to navigate labyrinthine stories of backstabbing and political intrigue, fantastical creatures and bloodthirsty cultists, or cursed souls and tormented dreamworlds. What makes these quests interesting is that they're often complex, multipart sagas. You might take on the task of rescuing a kidnapped duke only to find yourself embarking on a murder mystery involving scheming werewolves, supernatural rituals, and the ripple effects of time travel.

The best quests are the ones that use just enough of the series' established lore to paint a vivid picture of the task at hand, though there are some--like the messy and ultimately forgettable main storyline--that tend to resemble overzealous fan fiction. But such missteps are infrequent and easy to forgive; for the most part, The Elder Scrolls Online delivers a broad and engaging collection of tales that mesh nicely with its fantasy landscape.

If only they meshed better with the game's fundamental structure. I lost track of how many times I was called upon to perform the esoteric tasks necessary to unseal some long-forgotten chamber, only to discover a parade of player-controlled characters already running about within. These are moments when the quest design and multiplayer nature of the game butt heads, taking any sense of immersion the game might have established and hurling it out the window.

It's a shame, because there are some good group quests available in The Elder Scrolls Online--they're just more the exception than the rule. Some of the most fun I had in the game was teaming up with a group of strangers to make it through the harrowing gauntlet known as Spindleclutch, a creepy dungeon with a relentless assault of arachnid enemies and one very imposing boss fight. But it's rare that The Elder Scrolls Online takes full advantage of its multiplayer structure. Most of my interactions with other players were simply running by them out in the wild, like two ships passing in the night who might occasionally team up to kill a trio of bandits.

There is a guild system, of course, but in my experience it felt more useful as an economic tool than a means for players to come together as a team. With no auction house, guilds are what allow you to trade items with one another. As a result, you tend to see a lot of guilds that players have forgotten about once their barter is complete--making it tough to find the truly active ones.

It's rare that The Elder Scrolls Online takes full advantage of its multiplayer structure.

And so, without much of a meaningful connection to the player population around me, I often found myself defaulting to my old Elder Scrolls ways of wandering alone like some wayward ronin. But don't pity me too much. I was perfectly happy to keep plugging away, leveling up my dragonknight one quest at a time. The Elder Scrolls Online gives you a deep and flexible progression system, one that allows you to tinker around with different builds without ever feeling like you've completely pigeonholed yourself. After beginning the game as a brutish damage-sponge of a tank, I found myself gravitating toward more of a hybrid role where I balanced my sword-and-shield tactics with elemental spells and defensive powers. With a broad selection of active and passive abilities--the former of which can evolve in interesting ways as you level them up--there's a lot of room to mess around with your chosen style.

Those abilities go a long way toward enhancing the combat, which at its core is nothing remarkable. Sure, I enjoyed using my shield bash to stun an enemy mid-cast so that I could knock him to the ground with a powerful heavy attack. But most melee strikes feel limp and sluggish. Layer in those abilities, though, and battles feel a little more lively. I never tired of seeing flaming spikes burst from my character's back as I triggered my razor armor ability, then closing the gap on a distant foe by dashing toward him with a quick and devastating shield charge. Factor in the game's propensity for generous and meaningful loot drops, and I rarely skipped the chance to take on some new group of enemies.

So most of my enjoyment with The Elder Scrolls Online came not from its MMO structure, but from its decent approximation of the games that came before it--that sense of wayward adventure, of gazing out at beautiful landscapes as you explore a lively fantasy world. But for as much as it struggles to reconcile its single-player heritage and multiplayer ambitions, there is one area that makes an awfully convincing argument for its status as an MMO game, and that's player-versus-player combat.

Having never spent any significant amount of time with an MMO before, I went into The Elder Scrolls Online's PvP expecting some form of arena combat--perhaps a matchmaking system that pitted a handful of players from the Daggerfall Covenant against another handful from the Ebonheart Pact. What I found was something much more complex and fascinating.

PvP in The Elder Scrolls Online turns the whole of Cyrodiil into one great big board game, a giant web full of keeps and strongholds that you are constantly fighting for control over. There are resources to consider, siege weapons to employ, and all manner of strategic possibilities. It's a great showcase for the game's combat, which becomes much more exciting when you're pairing complementary abilities together as a team.

But there is one flaw to the scope of the PvP, which is that the map is too big for its own good. Combat was exciting when I could get to it, but I found myself spending the vast majority of my time simply getting from one place to another. I can handle and even enjoy riding around on horseback for 10 straight minutes while questing, but when I'm doing it over and over again each time I die in a pitched multiplayer battle, it becomes tedious.

And that's The Elder Scrolls Online right there: a game that does a lot of things well, but stumbles to get the most out of them. In the end, I was happy to spend time in this version of Tamriel, but it just wasn't the gateway into the MMO genre that I hoped it would be.

View Comments (62)
Back To Top
6
Fair
About GameSpot Reviews

After pouring hundreds of hours into the Elder Scrolls franchise over the years, Shaun McInnis used The Elder Scrolls Online as an opportunity to finally take a shot at the MMO genre. With his Nord Dragonknight, Shaun made it to level 22 before beginning this review. 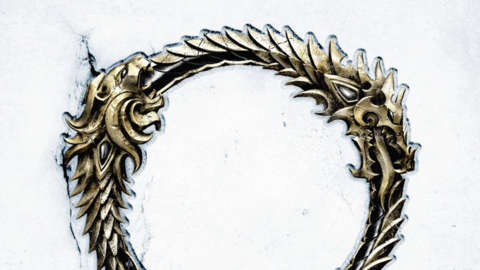 Mature
Blood and Gore, Sexual Themes, Use of Alcohol, Violence