A game about a dishwasher sounds like a family-friendly minigame collection (Cleaning Mama?), but in fact, The Dishwasher: Dead Samurai is neither of those things. Instead, it's a brutal and bloody 2D side-scrolling beat-em-up that will cause your heart to pound and your fingers to ache. If you're nostalgic for the good old days, when games tested your manual dexterity and mental determination, this one will scratch that itch with great style. The action gets monotonous over time, and a few design elements make the already knuckle-breaking challenge an occasional headache. However, this package is all good fun, and it offers plenty of content to justify its 800-point ($10) asking price.

The single-player campaign follows the game's silverware-scrubbing, undead hero through a series of disparate settings, from train yards and city streets to opera houses and gravesites littered with bones. Levels are introduced by comic panels that give some context, but the story makes little sense, and doesn't need to. Your job is to slash up rocket ninjas, gun-toting mafiosi, laser-spewing robots, agile head chefs, pumpkins with chainsaws, lumbering skeletons, and a number of enormous, nail-bitingly difficult bosses. To dispatch them to the big baddie graveyard in the sky, you'll chop them up with a few different implements of destruction. Your meat cleavers get the job done, but your katana lets you fly around the level, giving you some added flexibility. Eventually you'll grab a couple of kamas, a chainsaw, and a shotgun/machine gun combo, and they all have their individual strengths and weaknesses--and come with their own set of combos to unleash.

Those weapons also let you perform various execution moves. When an enemy is close to death, you can perform either a clean or a messy kill; clean ones are quick and unspectacular, but a messy one is a gruesome hoot. During these moments, time slows to a crawl, the background dims, and the screen tilts, showcasing the vicious move and the resulting splatters. These fatalities look slick and stylish, but then again, so does the entire game. The backgrounds are beautiful and softly lit, contrasting nicely with the vibrant gore in the forefront. When the action gets hectic, the screen fills with a busy and colorful mix of particles, lasers, and magic effects, especially if you take advantage of The Dishwasher's cooperative multiplayer modes. This visual chaos leads to moments of explosive beauty--but it also leads to frustration, when the razzle-dazzle keeps you from being able to see what's going on.

That occasional lack of clarity is one of a few drawbacks that make the insanely challenging action too punishing on occasion. Be warned: The Dishwasher is an extremely difficult game in its later levels, where rocket-spewing ninjas and enemies with jetpacks join other difficult foes in a barrage of tough attacks. Expect to restart levels often, even if you're equipped with the continue hearts you can purchase at scattered shops. (You can also grab weapon upgrades and other goodies while you're there). A few boss characters are incredibly challenging, and some of them--like a ground-pounding, missile-shooting automaton--feel unfair, due to the graphical anarchy and bombardment of ranged attacks from multiple angles. Nevertheless, the better part of the game offers a legitimate challenge that stops short of unfairness, thanks to extremely responsive controls and the flexible set of moves at your disposal. If you're a fan of merciless action, this will be right up your alley; if you're easily frustrated, you may find the challenge unforgiving.

If you're feeling adventurous, you'll also want to attack the arcade and dish challenge modes, where you enter each level with a specific pair of weapons and gun for a spot on The Dishwasher's online leaderboards. You won't find new enemies and environments here, but each time you visit, the order and pace of the stream of foes will change, providing an additional dose of replay value. You can also visit these levels with a friend, both online and off, and like in most action games, the addition of a buddy enhances the enjoyment. Of particular interest is the three-player local co-op (which must be unlocked by finding amulets hidden within the story's second level). Here, two players do their standard duty by brandishing the weapons of their choice. The third player, however, plugs in a guitar controller and joins the action as a floating guitar, mashing buttons and thrusting the controller upward to perform an uppercut. It's an amusing oddity for a couple of minutes, but the total lack of structure and lack of visual and sonic feedback for the guitarist reek of unrealized potential. At least the mode fits thematically. In his free time, the titular samurai enjoys rocking out on the guitars he finds scattered about the levels. The plain rhythm minigame that accompanies his onscreen musical contortions, on the other hand, does not rock; it's just far too simple and feels out of place as a result.

After a while, The Dishwasher can get somewhat tedious. The basic gameplay never changes, and while there are some interesting vertical layouts and great-looking backgrounds, the level design isn't as varied as you would hope. Nevertheless, the action is intense and satisfying, and the game's decadent quantities of blood and stylish design make for an appealing vibe. If you've been looking for a fun and attractive game to test your skills, The Dishwasher: Dead Samurai will keep your fingers agile and your eyes happy. 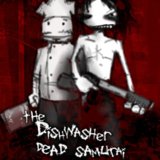 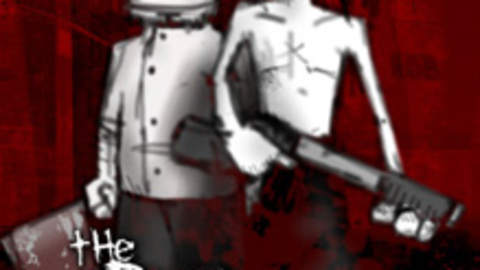 This XNA title is a side-scrolling action game with over-the-top violence and a main character who uses an array of blades and guns to mow down adversaries.