The Devil Inside Review

Developed by Cryo Interactive, a company best known for making point-and-click adventure games reminiscent of Myst, The Devil Inside is actually a fully 3D horror-themed action game with a few adventure elements thrown in. It's similar to the classic early '90s action-adventure, Alone in the Dark, and in fact the designer of that game worked on The Devil Inside. During the game, you play as the star of a bizarre TV show that tracks you, much to the delight of an international audience, as you fight your way through continuous encounters with supernatural villains. It's like Cops, but with zombies and graphic violence. The game's premise is interesting - especially since the main character, Dave, has the unusual ability to morph into the leather-clad succubus, Deva. However, The Devil Inside is marred by problems with its camera perspective and its play mechanics, as well as by the occasionally frustrating design of its various scenes.

You play The Devil Inside from a third-person camera angle that usually floats a few feet behind the main character. In fact, the camera view floats quite literally. In some of the game's cutscenes, which break from the standard third-person view, you can actually spot a small, propeller-powered hovering camera situated behind your character. You can even see it in the mirrors in the haunted mansion you explore, and during the course of the game, your entire view will sometimes get distorted with static when the camera gets jolted. It's an interesting and effective technique that helps justify the particular way you see the game. There's also a cameraman who follows your character most of the time, filming the action. He's supposed to be unobtrusive, but he does absolutely nothing to avoid danger, which, depending on the situation, is either funny or irritating. In any event, the cameraman seems like a missed opportunity. He'll hardly flinch if you happen to shoot him (by accident or not), and sometimes he'll even get in the way of the main view.

It's this third-person view that's the real problem. The camera in The Devil Inside can hardly handle a lot of the narrower settings in the game. As you travel through hallways and corridors, you'll find that the camera often has a very hard time keeping track of your movement. This is bound to frustrate you as you play, since you'd expect the game's camera view to do a better job of portraying the action. This is especially true because a game that puts so much emphasis on cameras in the first place ought to have done a better job with getting the view to look right at all times. The Devil Inside has a few clever options that let you view the action from different angles - for instance, you can watch the game from the cameraman's perspective, or set up spy cameras that let you view remote areas in a picture-in-picture display. Occasionally, the game will even pause to give an instant replay of a dramatic deathblow. But these gimmicky features don't change the fact that the game is difficult to control as a result of the default viewpoint.

The controls themselves exacerbate the camera problems. You move your character forward and back and side to side with the keyboard, but you really have to rely on the mouse to aim and turn. When you're playing as Dave, it's vital that you use the mouse to target your enemies' most vulnerable regions. You could pump more than a half dozen rounds of ammo into a zombie's midsection, but just one clean shot to its cranium will put it out of its misery just the same. Targeting with the mouse works just fine - but using the mouse to turn and the keyboard to move forward and backward is difficult. Your character takes big steps while running but moves too slowly while walking. He can't manipulate objects with a weapon drawn; you need to holster your gun to open a door, search a scene, throw a switch, and more. But equipping and unequipping your weapons just seems too slow, and you even need to come to a full stop to do it. All in all, the control in The Devil Inside just seems too awkward and inconsistent, because while at times it'll reward your pinpoint accuracy, at other times it'll seem very sluggish.

In addition, the game's adventure elements are underdeveloped. As you explore the haunted mansion, you'll occasionally come across particular obstacles that require certain items in order for you to pass them. Most often, the obstacles are doors, and the corresponding items are keys. Sometimes the door/key puzzles take a different form - but it'll still be the same concept. You just need to find a matching item to proceed. Needless to say, the action sequences in The Devil Inside tend to be a lot more satisfying than the puzzle-solving.

The action can get pretty intense sometimes. The game features a fairly extensive arsenal of weapons, and your enemies will react in different ways depending on wherever you happened to hit them. For instance, you can shoot the legs or even an arm off a zombie gunner, who'll still keep struggling to shoot at you with his remaining appendages. Furthermore, you'll often have to contend with rather large groups of enemies in close quarters. Some of the battles are scripted very well - you will become surrounded and have just barely enough time to fend off your relentless foes. But other times, the combat is poor. When the camera view gets obstructed, or when your enemies defy any sort of logic - they'll sometimes do nothing at all as you attack them. You'll wish that The Devil Inside were more polished.

Even so, you might still enjoy the game for its quirky premise, if not for its often-impressive graphics. Though the characters look somewhat plain, they look good enough. On the other hand, many of the environments in and around the haunted mansion are detailed, realistic looking, and very atmospheric. Unfortunately, the game doesn't sound nearly as good - many of the weapon effects, as well as the drab voice acting, are muffled. A game like this could have really benefited from better audio, since the TV-show concept lends itself to a lot more variety of sound effects than you'll actually hear in the game.

The Devil Inside isn't a very long game, yet the combat can be enjoyable enough to make it worth playing through more than once - but that's only if you can ever get used to the awkward shifts in the perspective, which can make the game very frustrating to play. Otherwise, the game's story and adventure elements aren't very interesting in themselves, and the novelty of the TV-show premise gets old soon enough. What's left are you, a lot of guns, and a lot of zombies - not to mention a fairly good-looking 3D graphics engine to show it all off. And for players who are looking for a horror-themed action-adventure game, this should prove sufficient. 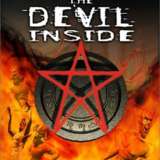 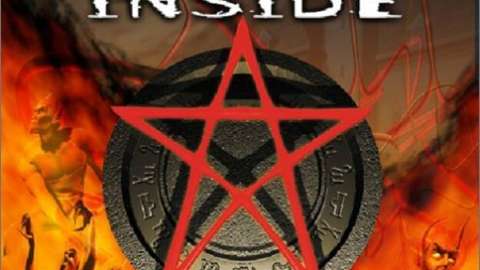