The Dark Pictures Anthology: House Of Ashes Review - The Descent

House of Ashes offers cinematic horror and surprising character moments amidst the conflict of the Iraq War.

The Dark Pictures Anthology: House of Ashes has to justify its setting in a way few horror games do. While Supermassive Games' unsettling anthology previously tapped into teen horror tropes and Puritan-era paranoia with Man of Medan and Little Hope, House of Ashes looks further afield in terms of both influences and geography. Taking place during the invasion of Iraq in 2003, its setting is a far cry from the ghost ships and witch trials featured in the series thus far--tackling a recent conflict with ramifications that are still felt to this day. Fortunately, House of Ashes uses the Iraq War as more than a simple backdrop for jump scares, focusing on both sides of the war as allegiances fall by the wayside in the face of a more terrifying threat.

Much like its predecessors, Supermassive's latest also uses real myths and historical events to flesh out its supernatural elements. House of Ashes begins in the ancient Mesopotamian city of Akkad in 2231 BC, with a compelling prologue that takes inspiration from the "The Curse of Akkad," a poem detailing how the Akkadian Empire was destroyed after its king, Naram-Sin, declared himself a god and plundered the chief god Enlil's temple. Naturally, this angered the Sumerian deity, who exacted revenge by summoning an invasion from the neighboring Gutian people. House of Ashes deviates from the Akkadian myth, however, by making this a temple to Pazuzu, the king of the demons. This sinister spin, and the appearance of frightening underground creatures, poses a much greater threat to the remaining Akkadians than the attacking Gutians.

Fast forward to 2003 and a mission to find Saddam Hussein's non-existent weapons of mass destruction leads to a group of marines discovering the dilapidated Sumerian temple and the monsters hidden within. Throwing a group of heavily-armed jarheads into a fight with supernatural miscreations is a classic genre trope, but it's a fresh perspective for Supermassive's brand of cinematic horror. Switching from civilians to soldiers results in a significant change of pace when you encounter its antagonists. You're still outmatched, and the winged monstrosities aren't overly fussed by bullets, but that doesn't stop the cast from expending a veritable bucket load of ammunition almost every time you meet.

House of Ashes is never particularly scary, but this has more to do with the game's design than its cast's high-powered arsenal. The narrow confines of the temple's labyrinthian pathways intentionally restrict both your movement and field of vision, creating what would be a harrowing sense of claustrophobia in almost any other horror game. The problem is you're never in any danger when directly controlling a character. Peril only exists during quick-time events, so aside from a couple of well-timed jump scares, navigating the game's cramped arteries is relatively fright-free. The creatures are also shown early and often so any fear of the unknown is extinguished fairly quickly. With that said, the elaborate action sequences that occur when you're forced to go toe-to-toe with the monsters make for the series' most exciting and fraught moments thus far.

The Middle East is rarely used as a video game setting outside of your typical jingoistic military shooter ... some of the game's topics--including critiques of the war in Iraq--justify its setting

Mechanically, your role in these scenes hasn't changed from Little Hope. There's a variety of intense QTEs that can potentially impact each character's lifespan. They're usually pretty short, but you're given a heads up beforehand, and it even lets you know what kind of QTE is coming up next. There are consequences to failing, though, whether this affects something down the line or results in a character's immediate death. You never quite know, and this ensures that these QTEs remain nerve-wracking throughout. The likeability of each character plays a pivotal role in this perpetual tension, too, since you're probably not going to be nervous if someone you don't care about is in a perilous situation. On the flip side, House of Ashes is also a video game. Failure is ingrained in us as something to avoid--instead, we're supposed to achieve the highest score possible--so simply trying to keep everyone alive can negate any feelings you have for its characters in an attempt to attain the "best" possible ending.

None of the cast is downright unlikeable, however, unless you intentionally heave them in that direction with your choices. There are five playable characters, with the story jumping between each of them at certain intervals. Eric and Rachel are the weakest of the bunch, mainly because their relationship with one another covers such well-trodden ground. The pair are married but have been separated for over a year, and Eric thinks now is the best time to work out their issues and get back together. It's inherently dull territory and has nothing new to say to make their story feel like anything more than a hackneyed soap opera. Fortunately, the dynamics between the rest of the ensemble are much more compelling.

The Middle East is rarely used as a video game setting outside of your typical jingoistic military shooter, and those games usually aren't interested in presenting both sides of the conflict. They often perpetuate anti-Arab sentiments instead, playing into stereotypes and dehumanizing tropes that paint Arabs as little more than blood-thirsty insurgents. One of the playable characters in House of Ashes is Salim, a reluctant soldier in the Iraqi Republican Guard. Rather than lazily branding him a villain for being on the opposite side to the Americans, Supermassive does an excellent job of humanizing Salim and making him someone you'll care about and want to guarantee survives. His interactions with the other characters result in the game's best and most poignant moments, while some of the game's other topics--including critiques of the war in Iraq--justify its setting.

You will, of course, steer these conversations yourself to some degree. Supermassive's approach to choice and consequence is still present in House of Ashes, although the systems it uses are as opaque as ever. Each character has different personality traits, such as "Abrasive" or "Commanding," that you can accentuate with your decisions. These traits will sometimes result in characters acting in a specific way when you're not controlling them, but the game never tells you how your choices might affect each trait, so displaying all of this information feels unnecessary when your control over them is a complete crapshoot. Your choices are also divided into "Head" and "Heart" decisions, but again, the game never explains what this means or how it might affect any potential outcomes. The best way to play is by simply making choices that feel right to you. It would be nice if the systems that govern these choices were less inscrutable or hidden behind the scenes, but they don't detract from the experience too much.

Despite these continued missteps, House of Ashes represents the peak of the Dark Pictures Anthology so far. Its setting and characters offer a fresh perspective for the series, while Supermassive's penchant for creating tension through something as simple as a QTE is as masterful as ever. It might not be particularly fear-inducing, but its action set-pieces are fraught with peril for the fate of its characters, and the final act sticks the landing with a satisfying payoff. The series might still be stuck in the smothering shadow of Until Dawn, but House of Ashes is a step in the right direction. 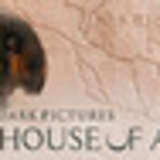 Richard finished his first playthrough in five hours before going back to see how choices can play out differently. Review code was provided by the publisher. 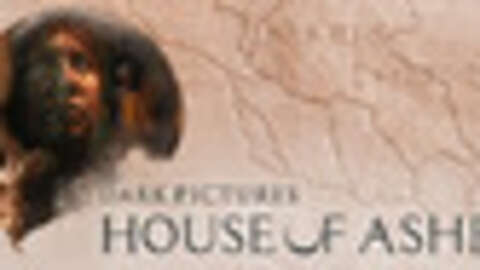 6.8
Sign In to rate The Dark Pictures Anthology: House of Ashes