The Crew 2 Review - On The Road Again

Planes, boats, and automobiles (Plus: hovercrafts, helicopters, and bikes).

After 30 hours, The Crew 2 has left me with a lot of wonderful memories. They aren't filled with the kind of emergent stories you get from exploring an open world and its systems, nor are they moments that involve goofing around with strangers--The Crew 2 is lacking in both those aspects. Instead, my memories are filled with the game's variety of vehicular activities and the wonderfully curated tracks: the unrealistic, the impossible, and the delightful.

It's surprising to see just how much The Crew 2 differs from the original game. There's been a noticeable shift in Ubisoft’s last few open-world titles, one that's moving toward a focus on player-driven progression--large selections of optional activities, non-linear structures, rewards for doing just about anything--and The Crew 2 benefits significantly from this direction. The gritty crime angle from the original game is gone, and instead, The Crew 2 takes reams of pages from the book of Forza Horizon. The game centers on a nationwide festival of motorsports where you, a rookie, are poised to become the next big star. While the setup is conventional, and the focus on social media fame is obnoxious, what it brings to the game is a colorful and upbeat vibe, an impressive variety of different disciplines, and positively ridiculous arcade driving on land, water, and through the air.

Despite the game's focus on real-world branding and mimicry of televised motorsports, The Crew 2's greatest asset is its willingness to be ridiculous. Races in The Crew 2 might involve jumping your street-racing car off skyscrapers, or your powerboat off the Hoover Dam. They might include making high-speed touring cars go head to head through the tight, windy Hollywood Hills, and motocross bikes take jumps across shipping freighters and freeways right before you transform into a prop plane like some kind of extreme-sports mecha. This is a game that will cover Los Angeles in three feet of snow for no logical reason other than icy roads make for more thrilling street races. Abundant nitro boosts, uncomplicated drifting, and generous rubber-banding also help keep the act of driving exciting when things are relatively tame.

As a game with an open world, races and challenges can naturally be found and initiated when you stumble across them at particular points on the map. However, playing The Crew 2 with open-world exploration as your primary means of moving from activity to activity reveals the game's major downfall: it's too big, and all the activities and interesting locations are too spread out. The game hides a number of boxes with vehicle components across the map, which you can hunt for using a proximity tracker, but even these feel too few and far between.

But with that in mind, The Crew 2 thankfully makes it easy to cut your commute down via player-friendly shortcuts. The game has an option to view all 120+ primary activities and countless more skill challenges (featuring things like escapes, slaloms, and a rewarding photo mode) in a categorized, list-style view, with the option to not just set a waypoint to them, but instantly start them no matter where you are in the world, at no cost. The loading times in The Crew 2 are impressively brief all around, so if you want to, you can churn through races and challenges back-to-back to very quickly and efficiently rack up progression points, earn cash, and set leaderboard positions from the moment you start.

It's an option that's both convenient and gives the impression that the game is conscious of your time. Likewise, any activity can be restarted or aborted in seconds if you're having a bad run, and there's a quick back-on-track feature that can be used any time. When you're not in an event you can switch to any vehicle you own immediately, without penalty, and without having to go anywhere. That's on top of being able to assign a favorite ground vehicle, boat, and plane to your right analog stick to allow for instantaneous switching during free-roam exploration, which provides its own kind of fun, for example, flying into the stratosphere with your plane before switching to a boat and careening back to Earth. Any vehicle that's available for sale is also graciously available for you to test drive on a moment's notice.

The variety of different vehicular disciplines in The Crew 2 is downright impressive--each of the 14 styles is tangibly unique from one another. Every time I started to get fatigued with one method of competition, I could quickly jump to another that had a completely different feel. Each is housed within one of four "Families" which you're free to move between to perpetuate your overall progress: Street (street racing, drifting, drag racing, long-distance hypercar racing), Offroad (cross-country rally raid, motocross, loose-surface rallycross), Freestyle (plane aerobatics, jet sprint boating, monster trucking), and Pro (power boating, air racing, touring cars, and grand prix).

While the execution of The Crew 2's disciplines might not wholly satisfy purists of any one given style, it does a great job of making each feel accessible, fun, and unique. I'm usually too intimidated by grand prix racing to give it a shot in other games, and I would never have even considered the idea of playing a power boating game. But, the Crew 2 encourages you to try a little bit of everything, and it's easy thanks to the game's approachable arcade-style mechanics, as well as the prospects of seeing more beautiful and ludicrous tracks.

Those tracks are certainly another highlight of the game, because there's an inherent novelty to the virtual tourism of The Crew 2. You'll likely recognize iconic structures, but there are also enough abstracted details that contribute to the city's atmosphere and character. And, like the original game, The Crew 2 does a great job at building a seamless and recognizable version of America to drive through, whether it's a designated top-to-bottom endurance race or a self-assigned recreation of a road trip you did a few years back. The journey across the country feels grounded, as you drive through cities that morph into industrial areas and farmland, into plains, deserts, forests and rural areas, occasionally flying by a small town now and then.

And whether you're driving, boating, or flying across The Crew 2's America, it's a mostly beautiful journey. The game's natural environments, particularly bodies of water and the sky, look fantastic, as do weather effects like snow and rain. All are enhanced to breathtaking heights by the superb lighting, though the continuous day/night and weather cycle can be an occasional inconvenience during some events--whether it be afternoon sun in your eyes, snow obscuring track obstacles, or having to fly through a tight canyon in complete darkness. Where the visuals visibly falter are in dense urban areas. You likely won't notice buildings when you're zooming past them at 200km/h, but any slower and you can't help but notice how plain they are, especially in broad daylight with clear skies. Character models, on the other hand, always look incredibly basic, no matter the situation.

The game's RPG-style vehicle upgrade system returns from the original game, though it still doesn't feel particularly meaningful. You'll receive loot after every race in various stages of rarity (common, uncommon, rare, epic), and each corresponds to a particular vehicle part and has its own power number, which contributes to your vehicle's overall power number. There is some small benefit to this system--all vehicles of a particular class, despite having different power levels in their stock configuration, will max out at the same number, meaning you can stick with your favorite car all the way up to and through the endgame.

But while some parts come with unique gameplay perks, and more professional tuning options eventually become available, I found the upgrade system pretty easy to ignore--simply equipping the one with the biggest number was all I had to do to stay competitive. However, if you own multiple vehicles in a certain class and decide to switch between them at some point, stripping one vehicle of all its powerful parts and re-installing them on another is a tedious annoyance. The gear system as a whole feels like it's there to act as an additional roadblock to make sure your progress to higher tiers of races stays gradual; there were a few times where I found it necessary to replay a number of previously-won races in order to earn higher-grade parts to give myself a reasonable chance in later events. Another obstacle is the cost of the vehicles you're required to purchase to be able to participate in certain disciplines: Buying a vehicle in order to gain access to an advanced discipline like air racing or grand prix is expensive, and will typically empty out your in-game wallet completely. I didn't need to dip into the game's real-world currency equivalent to progress during my playthrough, but those who like to keep a garage filled with lots of different cars will likely have a tougher time with in-game credits.

The Crew 2 allows you to form a party with three other players to explore and participate in events together, but, at the time of writing the game doesn't offer any meaningful ways to interact with players outside your party, despite their visible presence in the always-online world. Aside from manually inviting them into your party via the roster menu, there is no way to formally challenge them to race in any capacity. Ubisoft has stated that player-versus-player lobbies are planned as a free content update in December, on top of new vehicle disciplines and other updates, but they do not exist in The Crew 2 as of July 2018.

The Crew 2's large open-world feels too sparse to be engaging enough for anything more than some light virtual tourism, and it's easy to disparage it because of that. But it also provides the landscape for the game's most memorable experiences, and these can come hard and fast, if you want them to. There's always a ridiculously indulgent twist or spectacular moment, whether it be drifting off cliffs in a snow-covered Grand Canyon before transforming into a boat to jet down the Colorado River, or hurtling down a mountain during a spectacular sunset in a rally raid.

I'm annoyed by the game's lack of public interaction and meaningless gear system, but I'll fondly recall both the tension of flinging sprint boats back and forth through the narrow, artificial canals of The Venetian in Las Vegas, and the easygoing satisfaction of an hour-long hypercar race from New York to San Francisco, where I listened to a podcast and enjoyed the rolling scenery. Despite its shortcomings, The Crew 2 still displays admirable strengths, which lie in its player-friendly features, freedom of movement, and its willingness to bend the rules in order to make things exciting and varied for an accessible, American-themed thrillride.

The Crew 2 is featured on our list of the best PS4 racing games.

View Comments (127)
Back To Top
8
Great
About GameSpot Reviews 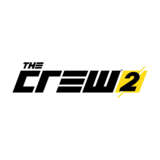 Edmond Tran prefers to virtually drive cars from the 1970s and kinda wishes Ubisoft would make another Driver game. The Crew 2 was played on PS4 Pro using a code provided by Ubisoft.