The Chronicles of Riddick: Assault on Dark Athena Review

A remade classic and a passable sequel meet in this fun but inconsistent package.

It's difficult to come to grips with a release like The Chronicles of Riddick: Assault on Dark Athena, because it's made up of several disparate components of varying quality. The shining star here is the slick retooling of 2004's Escape from Butcher Bay, the illustrious Xbox action game that helped shatter expectations of what a film-based game could offer. Butcher Bay holds up beautifully, exquisitely building tension before settling into a satisfying, smoldering pace. The other single-player component offered is Dark Athena, Butcher Bay's sequel. It is a serviceable follow-up, but it's positively limp when compared to its superb predecessor, monotonously falling into a rut of predictability that the original always avoided. The final piece of this inconsistent puzzle is an interesting but uneven suite of multiplayer modes that is mild fun in spurts but too awkward to stand out. One part unforgettable and two parts merely adequate, Assault on Dark Athena is a must-play for those who missed the original and a tolerable diversion for everyone else.

Escape from Butcher Bay has been freshened up a bit and looks surprisingly spiffy on a high-definition display. It certainly shows its age in a number of ways: The stiff character models move awkwardly and exhibit scant expression, and low-definition textures betray the graphic engine's last-generation roots. Yet though Butcher Bay's visuals have noticeable wrinkles, the phenomenal lighting and shadowing smooth the crow's feet surprisingly well. Few games this reliant on pure atmosphere can provoke so much awe five years later--yet the dark recesses provide as much uncertain solace now as they ever did. Though you won't mistake the remade journey as a slick modern release, you also won't often be distracted by its graphical deficiencies either, which speaks volumes for both the quality of Butcher Bay and the extra layers of virtual varnish applied.

More impressively, the remade original still stands tall, partially because few games have tried to duplicate its blueprint, but also because its numerous gameplay elements are balanced so well. As gruff criminal Richard B. Riddick, your main goal is to break out of Butcher Bay, the intergalactic equivalent of Alcatraz: a menacing, unforgiving, and nearly inescapable prison. Riddick understands that such an escape requires a quiet command of multiple talents, and correspondingly, you'll use a number of different gameplay devices to guide him out. You'll start with just your fists, but eventually you'll be wielding sharp-edged melee weapons and clubs, not to mention an arsenal of assault rifles, shotguns, and other ranged powerhouses. However, whenever possible, Riddick prefers to keep to the shadows, sneaking up on his prey and delivering each foe to his maker, one gruesome stealth kill at a time.

Remarkably, each of these elements is solid on its own, yet Butcher Bay merges them so harmoniously that the game surpasses genre conventions, so much so that even now there are very few games that compare. As you progress through the game, the prison takes on a life of its own. Your fellow captives have stories to tell and missions to give, and fantastic voice acting brings each of them to life. Even the obscene graffiti scrawled on the walls and scratched on signs speak to their desolation and desperation. Whether you're conversing with inmates, sneaking in the shadows, plunging a shiv through a blueskin's neck, or stunning a foe with the tranquilizer gun before introducing him to your heel, there's always an unnerving sense of general agitation. That tension builds steadily throughout the experience, thanks to brilliant pacing that keeps even the quiet moments from feeling comfortable.

Assault on Dark Athena is the new story-driven content here, and it takes place after the events of Butcher Bay. It retains some of its predecessor's strengths, and even improves on a few of them. Visually, the sequel compares favorably to any current action game while still incorporating the fantastic lighting and shadows for which the original was known. The new character models are authentically expressive, and their bodies and faces animate fluidly. As Riddick, Vin Diesel's raspy bass provides a sturdy sonic foundation, and that gravitas spreads through the entire voice cast. Each performance is memorable, from ship captain Revas to a lecherous, grossly obscene prisoner, so though the plot itself isn't all that intriguing, the superb acting goes a long way toward keeping you involved. You may not hear better voice acting all year: It's that good.

Sadly, the new gameplay cannot compare to the tight mixture that held Butcher Bay together so wonderfully. As you traverse your new confines seeking escape--first on the titular ship, later on a planetside prison colony--you'll encounter a few strong personalities, but their stories aren't mixed in all that well with the experience. These early conversations go on for too long and result in multiple tedious fetch quests that require some annoying backtracking, all the while failing to instill a sense of place or offer any kind of organic flow to the proceedings. It feels contrived, and in fact, most of Dark Athena seems artificial, which makes for a jarring contrast to its dynamic predecessor.

The gameplay elements are fundamentally the same as Butcher Bay's. You will lurk in the pitch-black corners, use your eyeshine ability to see in the blackest of crawlspaces, gun down hive-minded drones, and slice up some enemies in a few different gruesome--and often satisfying--ways. Sadly, none of these aspects feel balanced, and they aren't put together well on their own. A protracted sneaking sequence in which you avoid a searchlight while climbing across a series of stacked boxes is tedious and uninspired, and poor enemy placement and cheating artificial intelligence cause some moments to induce tension headaches in lieu of actual tension. Every gameplay element feels split into chunks rather than flowing smoothly together. You play a short stealth portion, then a shooting portion, and then a quick melee portion; the pace feels stilted, especially when compared to its companion game. To make matters worse, scattered environmental puzzles that involve excessive amounts of platforming (not the game's strong suit) grind the tempo to a halt. The manner in which the gameplay has been sliced up in this manner is not only choppy, but it also makes the action predictable. And in Dark Athena, as with most games, predictability leads to monotony before long.

There are some new elements that seem meant to add variety, but they actually have the opposite effect more often than not. For example, some mech sequences are briefly fun but highlight Dark Athena's unbalanced gameplay, which favors guns over sneaking prowess. This emphasis is particularly clear during the second half of the game, which takes place on a well-lit base and puts you up against a series of unmanned spider drones, the most annoying enemies in the game. Well, perhaps more annoying are the giant robotic foes that the game tediously tosses at you over and over again in the final hours--which you must take down the same way every time. After the fifth or sixth such encounter, it feels like tedious filler and represents one of Dark Athena's biggest drawbacks: lack of imagination. Rather than melding multiple genres into a cohesive, original experience, this sequel is a humdrum shooter with some sneaking and melee elements. And one of the most important elements of Butcher Bay--the mission-based adventuring--is all but missing, with the exception of the boring early-game fetch quests.

Nevertheless, Dark Athena is not awful, but it inspires more indifference than excitement. Likewise, the multiplayer component feels unnecessary, though it's competent enough. You can join other players in one of six modes, in ranked or unranked matches. Deathmatch, Team Deathmatch, and Capture the Flag work exactly as you'd expect, though few people seem to be playing them. Instead, most players seem to prefer Pitch Black mode, in which one player skulks in the dark as Riddick, while the others equip their weapons and flashlights and smoke him out. It's fun to pick someone off as Riddick and slink away, or to gun down the gruff prisoner as he crosses in front of your beam, though the novelty wears off in time. Butcher Bay Riot pits three teams against each other in a succession of rounds, letting you purchase weapons, armor, and ammo in between them, a la Counter-Strike. It's sporadically amusing, but weird animations and occasional lag aren't apt to inspire large online communities. In fact, the PC and PlayStation 3 versions don't seem to be inspiring many players at all, and though the Xbox 360 contingent is a bit healthier, even on that platform it is difficult to find matches in certain modes.

The Chronicles of Riddick: Assault on Dark Athena is many things: an attractive rerelease of an amazing game, a mildly disappointing sequel, and a forgettable online experience. If you haven't played Butcher Bay, it's a must-play. If you have, be aware of the sequel's abundant shortcomings before making a purchase. Nevertheless, though the new content lets in far too much sunlight, those that crave the darkness will still find plenty of inky crevasses in which to lurk. 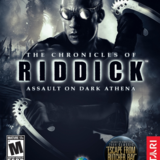 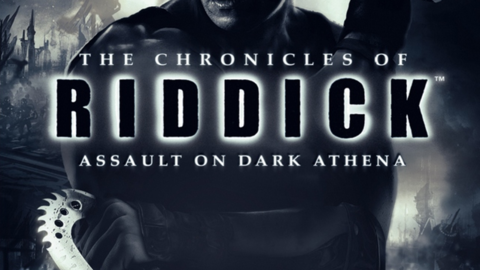 The Chronicles of Riddick: Assault on Dark Athena

The Chronicles of Riddick: Assault on Dark Athena takes Butcher Bay to the next generation, with additional single-player content and multiplayer action.

7.9
Sign In to rate The Chronicles of Riddick: Assault on Dark Athena