The Bouncer makes a great showpiece for the PlayStation 2.

"Play the action movie." These are the words that Square uses to sum up its latest PlayStation 2 game, The Bouncer. While there's no question that The Bouncer's presentation is worthy of an action movie, the "play" portion of the game doesn't stand up to the standard set by the game's sound and graphics. The result is one of the best-looking games ever made...that can be finished every possible way within three or four hours.

The Bouncer tells a tale of a bar called Fate. Three bouncers--Sion, Volt, and Kou--protect the bar from trouble. Trouble manifests itself when soldiers from Mikado Group, a massive corporation headquartered in the area, burst into the bar and kidnap a young girl named Dominique, who served as sort of a mascot for Fate. The three bouncers decide to give chase, and in the process, they uncover all sorts of evil experiments and schemes. Before every action sequence, you're given the option to choose which bouncer you'd like to control. Depending on your choices, you'll get different pieces of the story, usually through some sort of internal dialogue. The game's cinemas are often longer than the action sequences that surround them, making The Bouncer seem more like an occasionally interactive movie than an actual game.

The Bouncer has been compared to Final Fight, and in essence, The Bouncer's beat-'em-up gameplay style is pretty similar to Capcom's high-water mark. When the talking stops and the fighting starts, you take control of your bouncer while the computer controls the other two. You're usually surrounded by enemies, so fighting ensues rather quickly and never takes longer than two or three minutes, even when fighting the game's final boss. The fighting system is extremely similar to that of Square's old PlayStation fighting series, Tobal. You have high, middle, and low attacks that can be used together in combos. Each attack has two strengths, depending on how hard you press the buttons on the Dual Shock 2. You can also block and execute a jumping attack. As you progress through the game, you'll earn points that can be spent after every action sequence. By spending your points in the appropriate areas, each character can be powered up in life, power, and defense. Each character also has a collection of special moves that can be purchased with points. The trouble with the points system is that you really can't afford to spread the points around. If you divvy up the fighting between all three bouncers, none of them will be powerful enough to easily handle the game's later levels. As a result, the easiest way to play is to simply play through the game once for each character.

The Bouncer's execution leaves quite a bit to be desired. There are constantly three player characters onscreen at once, but inexplicably, you can't play the game's main mode with three, or even two, players. The game does support up to four players in its versus mode, which simply tosses four fighters into a room and lets them duke it out. There's also a simple survival mode that places you in hallway after hallway and challenges you to beat as many foes as you can using only one life bar.

Graphically, The Bouncer is unmatched. Everything, from the characters to the backgrounds, looks absolutely incredible. Some may be turned off by the game's constant use of blur effects, but the heavy blurring gives the game a unique visual style. While the prerendered cutscenes do look better than the in-engine stuff, the in-game cutscenes are still simply breathtaking. Characters' faces were given special attention here, and as a result you can actually see little emotional nuances throughout the game. You'll actually see Sion beaming when he discovers Dominique unharmed, and you'll be able to see the anger in his eyes when she is snatched away yet again. The game's sound matches up with the graphics very nicely. All the voice acting, which is available in either English or Japanese, is top-notch. The sound effects, such as the sounds of jet engines firing up and a train crashing into a station, are really quite amazing. The game also supports Dolby Surround rather well.

The Bouncer makes a great showpiece for the PlayStation 2. It looks and sounds incredible. However, the ease and extremely short length of the game, matched with other problems like horrific camera angles and lack of a multiplayer story mode, make The Bouncer fair, at best. It's definitely worthy of a rental, if you're interested only in the gameplay, but The Bouncer is also worth buying if you're looking for an amazing graphical showpiece for your PS2 library. 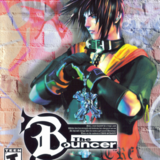