The Big Con is a unique take on video game nostalgia that takes players to the '90s, but not the video game '90s.

The Big Con is a nostalgic throwback to the 1990s that does not attempt to replicate the defining look or play of '90s games. This is a thoroughly modern adventure game, with an isometric look, hand-drawn graphics, and a resolute refusal to mine references from LucasArts point-and-clicks. The Big Con takes its cues not from what we were playing in the '90s but what we were watching.

The debut game from developer Mighty Yell reminds me a little bit of Night in the Woods, but if, instead of talking animals, Night in the Woods had starred '90s teens rendered in the Nickelodeon's Doug art style, complete with the primary and secondary color skin tones that lended characters like Mr. Dink, Skeeter Valentine, and Roger Klotz their memorable designs. In this NickToons-inspired look, and in the decade-specific trappings of its narrative, The Big Con builds a setting that feels both true to the era, and heavily influenced by the art that era produced. In translating its inspirations, though, the game brings with it a sense that you have seen this all before. It’s derivative, but going through the motions of this familiar story is still, at times, a lot of fun.

Our heroine, Ali, is a teen who works in a video rental store owned by her mother, Linda. As the story begins, we learn Linda is in deep financial trouble--to the tune of $97,000 and some change--with some very bad people. Despite Linda repeatedly telling her not to concern herself with the finances, Ali is committed to raising the money and saving the store. But coming up with close to a hundred grand the legit way proves challenging. Luckily for Ali, there's a new kid, Ted, passing through town who's happy to teach her how to pickpocket. When Ali proves to have a knack for it, Ted dangles a new possibility in front of her: Travel to Las Venganza--The Big Con's version of Sin City--and pull off one con job big enough to pay off most of the debt. They'll pick up the rest by nabbing wallets along the way.

It's a great hook to hang a game on, and the road trip formula gives Mighty Yell the opportunity to show off a variety of locales en route to Las Venganza. Some of those are included for functional reasons, like a train that Ali and Ted ride on their journey west. Others, like a mall (conveniently attached to a railway station), exist to showcase the peculiarities of the era. The art style is equally nostalgic, with the fuzzy lines and the squiggly dashes that defined the aesthetic of '90s cartoons. Most of the characters in the game would look right at home in an episode of Doug or Rugrats. In personality, secondary characters are similarly cartoonish, with simple wants that Ali can help fulfill. A working class dad at the mall wants to buy a Burblo -- basically a Furbie with the serial numbers filed off -- for his child, while a rich dad who spouts lines like “Spare the expense, spoil the child,” already has one. These characters aren’t complicated, but the sketchy characterization works to quickly motivate you to use your thieving powers for good. The story, similarly, follows a predictable path, though, like a favorite track in a racing game, The Big Con offers plenty of color along a well-worn route.

In each location, the goal is the same: steal a certain amount of money, then move onto the next area. This is accomplished by pickpocketing NPCs, a process I found needlessly confusing. Basically, it's the kind of stop-the-needle minigame that powers games like Mario Golf. But the tutorialization here had me confused about how to do it until I was an hour into a second playthrough. Basically, you need to hold down a button to make a meter appear, then continue to hold the button as a needle bounces back-and-forth and the target area shrinks. I misunderstood this and thought that you only had one shot to land the needle in the area, and spent the entirety of my first playthrough messing this up. The tutorialization doesn’t show the minigame in action, and the explanation given is vague enough that this seems like it may be a common mistake. That said, there's an option to turn the pickpocketing minigame off, reducing these interactions to a simple button press when you're in close proximity to your mark, so it didn't detract too much from my enjoyment of the game.

Confusing or not, picking pockets is essential to advancing from area to area. Progression is tied to reaching a set dollar amount, and pickpocketing is necessary to hit it. In each location, there are several marks walking around, and each has an indicator showing the amount of cash in their pocket as you approach. If you fail the minigame and get caught, you need to change your disguise before you can attempt to pickpocket the same person again (this isn’t a concern if you disable the minigame). If you get caught three separate times, costume or no, your punishment is to rewind VHS tapes--a task Ali loathes. Humorously, wherever you go, there's a video rental store nearby to facilitate your punishment. These bits are easy enough, and fairly painless; you just hold a button and Ali swaps out the tapes and pushes the rewind button. Completing this task earns back the money you lost by getting caught, so the only thing you really lose is time.

With the pickpocketing minigame removed, though, there's still plenty of game here. In each level, you need to make a certain amount of cash before you can progress and you can make money in a few different ways. Pickpocketing, sure, but also by finding themed objects to sell to a pawnbroker who--like the Resident Evil 4 merchant--mans a shop at every stop along your journey. If the pawnbroker wants tropical items, a colorful lei you find in the trash might fit the bill. You find disguises in the same way, and can equip them in a menu. The pawnbroker provides a nice optional gameplay loop for each stop, and his payouts are substantially bigger than individual pickpocket scores.

There are also optional side quests where Ali can help people out; often the same people she just robbed. These detours, which are often simple fetch quests, work because The Big Con's world is colorful, beautiful, and fun to explore. The quests themselves aren't anything to write home about, but they work as an incentive to see more of each level and talk to each character. Nearly every level also has a PIN or padlock with a number code, with the combination hidden somewhere on the stage. I didn't find everything in any of the levels and I'm contemplating a second playthrough to see if I could find the stuff I missed. While non-essential, these bits encouraged me to explore each level thoroughly, and I was glad to have the incentive because each area is bustling with recurring characters to talk to and hidden money troves to find. Once you hit the money threshold, you can continue to explore the area or tell Ted it’s time to move on. I enjoyed this element of choice; each section lasts for as much or as little time as you want it to.

One small touch that I really loved is the way The Big Con handles music. Each level has one musical theme that plays for the entirety of the time that you remain in that area. But, each subsection of the level has a different take on the theme. So, while you might get one version of the theme in Bean Spirit--Las Venganza's take on Starbucks--you'll hear an entirely different arrangement of the same song in an upscale fashion boutique, a thrift shop, or a hotel lobby. Filmmaker Robert Altman did something similar in his 1973 adaptation of Raymond Chandler's The Long Goodbye, with a jazz station on a car radio, a bar pianist, and a Mexican funeral band, among others, playing variations on the main theme. In The Big Con, as in Altman's film, the differences in arrangement serve to highlight the particularities of each location where the song is heard. The default version of the tune might play as you run around Ali's small town, whereas the local grocery store's speakers pump out a pop rock version, and the flower shop next door plays a soothing Enya-like arrangement. It's a smart choice that allows each of The Big Con's areas to feel unique, while individual locations within those areas are connected by their close geography.

The Big Con is ultimately about its story, though, and it's a story that mostly works despite an inescapable sense of familiarity. There aren't many beats here that you haven't seen before, and while that lends the closing hours the feeling that expected pieces are simply falling into place, the game has enough verve and style that it manages to hold it together. The writing isn't especially funny or clever, but there's enough personality in the art style and story conceit that I was still entertained for the bulk of the six hours that I spent with it.

The Big Con is a pleasant nostalgic road trip, where cassette tapes still need to be rewound, MTV still plays music videos, and America's capitalist excess is exemplified by the relative quaintness of the bustling shopping mall. 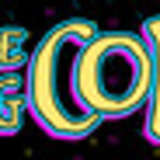 Andrew played and beat The Big Con in six hours, picking every pocket he could and reminiscing about the time he rented Doug's First Movie on VHS. Code was provided by the publisher.