The Banner Saga 3 begins just like the last installment did: by throwing you into the middle of the series' ongoing story, Chapter 16, specifically. It is a seamless continuation of the series that began four years ago, meaning this third and final chapter is not a good entry point into the series--even its recap cinematic relies on a lot of assumed knowledge. But Stoic Studio's Banner Saga formula--featuring lavish hand-drawn art, a satisfying turn-based combat system, a beautiful Austin Wintory orchestral soundtrack, a compelling Nordic-inspired story, and branching choices with consequences--is still as successful as it was in the first game, and this final chapter provides reassurance that the trilogy has maintained its strength from beginning to end.

Where the first two entries in the series revolved around war and refuge, respectively, The Banner Saga 3 focuses on desperation. As an all-consuming darkness slowly destroys the world, the story again follows the perspectives of two different groups. One is a large, mixed-race clan who have fortified themselves in the city of Arbberang, which serves as the final bastion of all who still remain. The other is a smaller group of mercenaries traveling towards the center of the darkness with a magical escort, hoping to reverse its effects. There's no longer one particular race or group that serves as the primary enemy. Rather, the primary adversary is the infighting between everyone as the situation worsens--different clans war over power in Arbberang, unable to see the bigger picture, and interpersonal conflicts plague the mercenary group, who also have to deal with new enemy creatures warped by the darkness. There's a time limit until all is lost--the series' visible day counter which previously counted up will now eventually tick down to zero--and the high narrative stakes will also see major characters take riskier actions, with greater chances of having them being lost permanently depending on the choices you make.

Although the inherent satisfaction of the game's combat system can exist without context, nearly every other aspect of The Banner Saga 3 relies on having some prior knowledge for meaningful enjoyment. For example, combat units who enjoyed significant character arcs in The Banner Saga and The Banner Saga 2 may only have a small handful of lines in 3, which can give the mistaken impression of flimsy characterization. Starting a new game from within 3 will let you make a major binary decision that arose at the end of The Banner Saga, but the multitude of other choices and potential consequences from the first 20 or so hours of the series are made for you, and the game doesn't spend time re-explaining the complex relationship between characters, unique races, and the world itself.

But if you have played through the first two games, and ideally imported save file through them both, then you'll have a good idea of just how catastrophic things are going into The Banner Saga 3. In this situation, the final game does a wonderful job of taking the discrete set of experiences you've had with your roster of surviving characters (as well as the collective long-term resources you've strategically acquired over the course of two games) and using them as emotional leverage, creating meaningful, personal impacts as the story climaxes and concludes.

Desperation also informs the additions to the turn- and grid-based combat system. The signature mechanics remain: Strength is a value that informs both your health and attack power, meaning the less health you have, the weaker your attack. An armor value protects against strength damage, and units can choose to focus an attack on either strength or armor. Willpower returns as the limited resource that fuels unique character abilities, as well as allowing you to overexert in basic actions to either move further or hit harder. But a significant number of scenarios are now wave-based, helping to characterize the relentless tides of enemies trying to lay siege to Arbberang and stop the mercenaries at all costs. Failing to stop a wave in a set amount of time results in enemy lineups stacking together, resulting in an overwhelming number of adversaries and all-but-certain failure. Successfully defeating a wave gives you the choice of continuing to fight or fleeing the battle, as well as an opportunity to substitute characters into your active force. Completing the entire battle will reward you with a high-end item to equip.

The thematic appropriateness of the wave-based battles makes the fights themselves incredibly compelling, despite perhaps seeming rudimentary on paper. The higher narrative stakes and stronger enemies mean that you need to fight diligently; the circumstances mean there aren't many opportunities to give characters time to recover from debilitating injuries after battle if they fall, and even when those opportunities do arise, it's at the cost of precious time before the doomsday clock runs out. Failing or fleeing a battle after a wave or two can also have negative consequences in the plot. The substitution system is engaging because it not only asks you to draw from the sizable roster of characters you may (or may not) have collected and kept alive over the past two games, but it demands you keep them all upgraded, equipped, and battle-ready rather than letting you rely on a small stable roster, lest a wave battle surprises you. The Banner Saga 3 calls for all hands on deck and motivates you to make the most of what you've gathered in the past to stay prepared for the worst.

The worst will come in the form of the new Warped enemies--mutated and more powerful versions of the series' existing units, including the incredibly ferocious bears--whose behaviors add a new emphasis on spatial considerations. All Warped enemy variants explode upon dying, creating hazardous squares and requiring more careful movement around the battlefield. Other environmental elements, like spreading fires and exploding ice shards, feel like bigger considerations this time around and are more inviting to take advantage of strategically (by using displacement abilities, for example) given the more numerous opposition. One significant holdover annoyance remains from previous games, however: The fixed isometric perspective of combat means units can often obscure the contents of the grid tiles behind them, which is especially troublesome given this game's increased numbers of foes and hazards.

While you're given the opportunity to utilize a handful of new and exciting units yourself (depending on your choices), there's a lot that's become absent since The Banner Saga 2--though it fits the narrative. Combat training and challenge missions have been lost, as have some of the series' clan management interactions. While you'll still need to keep an eye on each group's overall morale, supplies, and population, there are very few opportunities to bolster these resources. The Banner Saga is no longer a game that revolves around traveling and recruiting, but one that's a constant task of trying to stave off attrition as best you can during the last stand.

As things come down to the wire the two separate groups become more and more interconnected, the consequences of one group's choices directly affecting the potential of the other. This exemplifies the best part about The Banner Saga 3: the feeling that every action you've made in regards to your clan for three games--the friends you've kept and lost, the decisions you've made, and the battles you've picked--will likely influence how well this finale is going to fare. The Banner Saga 3 won't have the same kind of meaningful impact if you haven't experienced the rest of the series. But if you've taken the time to journey with these characters from the very beginning, this finale is a worthwhile and cathartic end to your long journey.

View Comments (19)
Back To Top
8
Great
About GameSpot Reviews 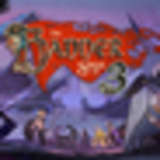 Edmond Tran has played through every entry of The Banner Saga at least twice on PC, but just can't get used to the gamepad controls on consoles. Gunnulf is his Banner Saga BFF. 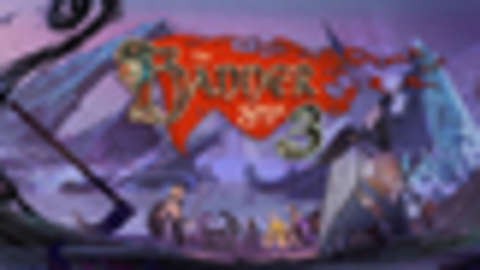