The Awesome Adventures Of Captain Spirit - Mind Over Matter

Warning: This review contains minor spoilers for Life Is Strange and The Awesome Adventures of Captain Spirit

The Awesome Adventures of Captain Spirit is a short Life is Strange episode set before the upcoming Life Is Strange 2, and it doesn't cost a cent to download and play. A cynic might call it a simple act of marketing, a demo to whet our appetites. But Captain Spirit feels like much more than that, despite sticking to a single location and ending pretty quickly. It's more like the Ground Zeroes to Life is Strange 2's The Phantom Pain: it hints towards what the next series might be like, with a nice visual upgrade and a few new mechanics, but it also feels whole as it is. From the moment Sufjan Stevens' haunting, gorgeous track "Death with Dignity" kicked in over the opening montage, I was hooked on The Awesome Adventures of Captain Spirit. It is a beautiful game.

Captain Spirit is the playful superhero alter-ego of Chris Eriksen, a young boy with a love of comics, an untarnished sense of childlike wonder, and a bubbling inner turmoil and grief that rarely cracks the surface. Chris lives alone with his dad, Charles, a former basketball star whose life has been on a downward trajectory for years. The pair live alone in a drab, cheaply built house on the outskirts of Beaver Creek. Chris' mother died some time ago, and without getting into the specifics, there are parallels to Chloe's situation in the original Life is Strange. It's odd to see Captain Spirit dipping so explicitly into that same emotional well, because otherwise, it is very much its own thing, despite a few interesting links to the original game for eagle-eyed players to find and speculate on.

The game--which runs for maybe three hours if you're a completionist, but can be sped through much faster--takes place across a single Saturday morning. It opens, charmingly, with Chris doodling a superhero costume, giddy at the prospect of having a full day to play. It's up to you how you want to spend that Saturday. Most of the objectives in the game are strictly optional, and you can "finish" the game having completed very few of them, but Chris' stated desire is to go on various adventures as Captain Spirit. These range from the mundane to the fantastical--Captain Spirit needs to throw snowballs at beer bottles to improve his aim and play with all his toys to "check in" on them, but he also needs to assemble the parts of his costume to go on bigger adventures, like defeating the Snowmonger (an evil-looking snowman), and the water-hoarding "monster" in his home (a malfunctioning water heater). There's a whole mythology to Chris' games and fantasies, and they're a delight to dig into.

Mechanically, completing these objectives boils down to standard adventure game puzzling. You travel around the interior and yard of the Eriksen house, building up your inventory and figuring out how to solve numerous puzzles. In fact, Captain Spirit is far more of a classical adventure game than many titles in the genre have been since Telltale's The Walking Dead, and it's all the better for it. The puzzles, while rarely challenging, have a nice sense of logic and order to them that make them satisfying.

Chris is a great character, too. He's a believably childlike 10-year-old, which is rare not just in games, but in any media. He's dealing with a difficult life as best he can, and succeeds as a sympathetic figure. He also has a powerful imagination, which sometimes sends him off into fantasy sequences as he does battle with Captain Spirit's "enemies." These are cutscenes rather than playable sections, but they're visually inventive and fun nevertheless, working as metaphors for Chris' grief and fears, and they give some insight into how the boy's mind works. The game is also beautifully coy about whether Chris has any sort of power akin to Max's ability to rewind time in the first game. The line is cleverly blurred, as Chris is often shown performing what looks to be telekinesis only for a pullback to reveal that it was something much more mundane--a remote control nestled in his concealed hand when he turns the TV on with his "mind," to give one example. But there's a strong hint that there's more to it than what we see. Charmingly, these moments--and the fantasy sequences--are labeled as "hero" choices, which can be triggered when Chris wants to do something befitting of a hero.

Between these moments of imagined bravado, you'll be pulled right back to earth when you're hunting through boxes and finding letters and drawings by Chris' mother, or finding things his dad didn't want him to see. Captain Spirit is surprisingly moving, and the aforementioned Sufjan Stevens track is used a few times to devastating effect. I ended up playing through Captain Spirit three times to test out all the different dialog options, and while I couldn't affect truly significant change--the ending was the same each time--picking away at the game and finding everything hidden in it was a satisfying experience.

While Chris enjoys his morning, his dad sits on the couch watching basketball and drinking, occasionally giving compliments or barking orders as his mood--and his level of sobriety--shifts. Without, again, spoiling the specifics, Charles is a fundamentally bad dad, a heavy drinker with a violent streak that, one can surmise, is getting worse over time. We see him through his son's eyes, though, and the naivety of Chris--who only sees the efforts of his father and is too young to fully comprehend how bad things have gotten--is heartbreaking. At a few points in the game, you can discover nice things Charles has planned for his son, and Chris is very vocal about how much he loves his father.

The first Life is Strange often went quite broad with characters, especially when you first met them, but there was an underlying complexity to them. This is even truer here and the important thing with Charles, at least in this short episode, is that he's a more complex figure than an outright monster--however, it never feels like the writers are excusing how awful he's being. This is a hard line to walk, but the game successfully condemns the man in a realistic way, acknowledging that abusers with some humanity are still, at their core, abusers. The script is tight too, with dialog that is free of dated terms or incongruities. A few exchanges start to sound stilted once you've played through multiple times and have a sense of how all the pieces fit together, but that's perhaps unavoidable.

Life is Strange gained a huge cult following, and whether you're a veteran or a newcomer, Captain Spirit captures a lot of the original game's appeal. Regardless of how you classify The Awesome Adventures of Captain Spirit--whether it's a standalone adventure, a demo, or a prologue--it's a beautiful game, and one that leaves you all the more excited about Life is Strange 2.

View Comments (33)
Back To Top
8
Great
About GameSpot Reviews 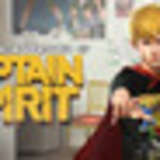 James O'Connor loves episodic adventure games, and thinks developer Dontnod has a real shot of usurping Telltale's dominance in the genre. He finished The Awesome Adventures of Captain Spirit on Xbox One three times with a copy of the game provided by the publisher. 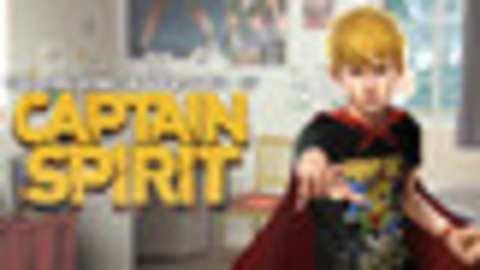 The Awesome Adventures of Captain Spirit

This stand-alone adventure will give you a glimpse into what the brand-new story and characters of Life is Strange 2 will be... but only if you're clever enough to piece the clues together!

7.6
Sign In to rate The Awesome Adventures of Captain Spirit