The Ascent Review – Wretched Hive of Scum and Villainy

If you've ever worked a job where your bosses are the worst people imaginable, and they ask you to fix a problem using broken tools and then blame you for the results like it's your fault, then you have a pretty good idea of what it's like to play The Ascent. That's not just a metaphor, either. It's literally the baked-in plot of the game. It's the far-off future, and in order to escape to Veles (an intergalactic project block for all the galaxy's huddled masses yearning to breathe free), you must sign away your freedom to become an indentured servant, or Indent, to one of the various corporate masters running the place. In the first area of gameplay, you're literally forced to clean Veles' toilets by fixing the sewage system. By the time the credits roll, even after hours of mowing down scumbags, watching your character become a metal monster, and running odd jobs for weirdos and strangers, it’s hard to feel like you’ve worked your way up from those starting sewers.

The small blessing is that the job involves fewer plungers, and more heavy sci-fi weaponry and cybernetic enhancements. The Ascent is a twin-stick shooter, with a slew of RPG elements thrown in for flavor. You'll find an impressive and unique assortment of pistols, shotguns, assault rifles, and rocket launchers along the way, each of which can attack enemy weaknesses for extra damage, and they all have very different practical feels in-game. Armor has a similarly expansive variety, with the added benefit of changing your character's look to an increasingly mechanical degree. It's not great that most of those armor pieces obscure your custom-made character--what's the point of creating a character whose face you immediately cover up?--but the designs are incredibly cool.

You'll also gain special abilities along the way, ranging from a hydraulic-powered melee attack that can vaporize your enemies to deadly drone companions who can fight by your side. My personal favorite is an army of explosive spider bots who run out and autonomously seek enemies to blow up. For the most part, though, you'll be spending most of your time running and gunning through what are essentially expansive, RPG-style, isometric dungeons, where both a well-thought out combination of armor and cyborg magic is just as important as having the right gun for the job. When your mission is done, you can head back to one of the game's bustling shopping districts to spend skill points on various character stats, as well as buy upgrades, new items, and new cybernetic toys to splice into yourself.

The Ascent can occasionally be a game of simple, splattery joy in which you waste an endless parade of mutants and cyborgs for hours on end. The Ascent hits its stride when you're actually well-equipped and your armor protects you against just enough to make overwhelming odds a source of caution instead of panic. But those stretches are hard to come by. The second you create your character and step off the first platform to get yelled at about feces coming out of your boss's shower, it's already anything but a good time.

Cyberpunk as a genre wallows in dystopia. Sprawling neon megacities obscuring dirt, grime, bodily waste, and horror are the genre's bread and butter. The Ascent is no different, and as a sheer visual achievement, the design of Veles is striking. Every square inch of the place is teeming with unique visual elements, distinctive NPCs, expressive and unique enemy types, and a tangible sense of technological splendor gone sour. There's a rather expansive sense of history and sci-fi world building at play, even if that world is rather grim. You're surrounded by hostile alien species, unthinkable technology, and ongoing civil unrest at all times. The whole place feels like a '90s Image comic version of Heavy Metal. It's all the trappings and cliches of hard sci-fi, rendered as foul-mouthed, edgy, and needlessly aggressive as possible. It's an excellent rendition of a place you don't want to spend any extended time in. But you will. And much of that time will be spent dying.

There's just so little joy from a game playing in a genre that typically excels at it pretty easily.

Make no mistake, The Ascent is a tough game. In any one given area, the critical path forward will lead you through a killzone with 30 trash mob mutants who you can mow down in seconds, which it will follow up immediately with a room of absolute bullet sponges who can cut you down in seconds (despite being your exact experience level, and despite you using the weapon the enemy should be weak to). One of the biggest bottlenecks early in the game involves returning to the aforementioned sewers to reroute power to your boss's neighborhood. You spend five minutes turning lowly mutants into mincemeat, then another hour getting pulverized by an army of about a dozen new worker robot enemies who you are thoroughly unprepared to face.

The game doesn't really communicate that robots are weak to energy weapons, and once you've sussed that out, you probably don't have a terribly effective one on hand yet. So, you head back to town, buy a few energy-based guns, and watch as you are still destroyed in seconds. That’s a fairly common occurrence, where it’s all too easy to stroll into an absolute deathtrap 15-20 minutes into a dungeon, then have to stroll all the way out to get better prepared.

Even that isn’t as easy as it sounds, considering stores stop carrying useful gear about halfway through the game, Bounty missions and menial sidequests provide only a paltry amount of extra cash, and checkpoints are still few and far between. Granted, the load times were fairly quick on PC, so your other option is constantly bashing your head against the wall retrying a challenge without any real consequence, and keeping the XP all the way. But there are deep difficulty spikes in this game, and having to stop every few hours to grind stops the game’s fun dead in its tracks.

Even if The Ascent was fully functional and balanced in a way where building up a character to become the ultimate Indent warrior felt great, there's the fact that so much of the game is designed to feel like servitude. As you climb the superstructure housing all of Veles, you serve a progression of masters, and the payoff for the game's central mystery--where did the mysterious group running Veles suddenly run off to?--isn't nearly enough to offset the hopeless grind. Your bosses insult you when you go on your task, ignore you when you've done well, and provide no rewards for success. For so much of the play time, The Ascent feels like, well, an uphill battle.

View Comments (109)
Back To Top
6
Fair
About GameSpot Reviews 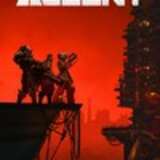 Justin Clark spent 26 hours with The Ascent. A code was provided by the game's publisher. 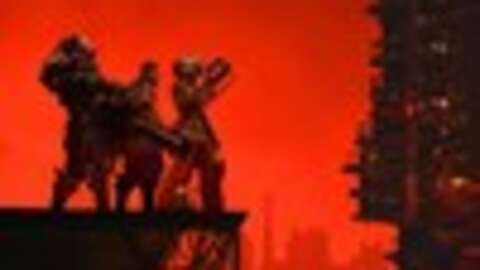