The Adventures of Tintin: The Secret of the Unicorn Review

The Adventures of Tintin is a dull and repetitive platformer that does no justice to the exciting exploits of its titular character.

UK REVIEW--Between the staring blankly at a screen for hours in the name of research, energy-drink-fuelled writing marathons to meet deadlines, and the knowledge that your editor can (and will) drop a story on you last thing on a Friday, journalism isn't always the most glamorous of professions. But for intrepid reporter Tintin, it's a far more adventurous pursuit. The Adventures of Tintin: The Secret of the Unicorn sees him sailing over stormy seas, piloting planes through treacherous caverns, and uncovering ancient artefacts while being pursued by legions of bad guys--all in the name of a good story. Sadly, the underlying platforming game is the antithesis of these exciting events: dull, repetitive, and far too easy. The solid voice acting and appealing narrative might entice Tintin fans and kids, but for everyone else there are far better platformers to sink your teeth into.

Now Playing: The Adventures of Tintin: The Game Video Review

The Adventures of Tintin follows the events of the corresponding film, in turn based on stories from the original comic books. You play as Tintin, a young reporter who's always on the hunt for a good story, no matter how much trouble it gets him into. On a whim he buys a model ship named Unicorn, but he soon discovers there's more to it than meets the eye. It's your job to unravel the mystery behind the ship and fend off bad guys along the way. Most of the game plays like a 2D platformer, interspersed with short vehicular and third-person sections to break things up. The action takes place in mansions, in underground caverns, and deep within the bowels of a ship, meaning you spend a lot of time crawling through vents and avoiding bottomless pits of doom.

Tintin's abilities let you navigate these environments with ease--too much ease, in fact. Running, jumping, climbing, and wall-jumping over obstacles such as spikes, moving platforms, and steam vents are smooth enough, but it never seems like there's any real skill involved in doing so. Your movements are partly automated, which makes the game simple for kids to pick up, but also easy to breeze through several sections without breaking a sweat. That applies to combat too. A single attack button lets you hammer your way through most enemies with little difficulty, but there are enemies that wield umbrellas as shields, so you have to use underground passages to sneak up behind them. Others wear armour, so you have to throw nearby banana skins to make them slide into walls and shatter their protection. The game also shakes things up with puzzles, but they're on the simple side. They include finding levers to open doorways, pushing blocks to reach higher platforms, or using weights to balance seesaw mechanisms.

There are also vehicle sections to play through, but much like the puzzles and platforming, they're very easy. One has you pilot a plane through a storm, in which you have to avoid tornadoes and attacking planes. Making it through the tornadoes just requires a quick press of the boost button, while destroying attackers is as easy as holding down the fire button and aiming vaguely in their direction. A later section on a bike is made a little more exciting by the inclusion of ramps to jump off, but there's still no challenge to it because it's so easy to get your bike around corners or target pursuing bikes with your slingshot. Whichever part of the game you're playing, it's not long before you get a distinct feeling of deja vu. Puzzles and platforming sections are repeated often, so you end up solving the same thing over and over again. And let's hope you're not claustrophobic, because if you're not a fan of crouching through tunnels every single level, you're out of luck. Likewise, the vehicular sections are repeated, so you quickly grow tired of them.

Except for a few collectible golden crabs, there's little reason to replay the story mode once you've completed it, but the game's Tintin and Haddock offline cooperative mode fares a little better. It takes place within the dreams of Captain Haddock, meaning there's little rhyme or reason to what's going on. But being freed from the shackles of the movie storyline makes the mode a little more interesting. There are numerous levels to play through, all accessed via doors in a hub world. Each platforming level has similar challenges to those in the single-player adventure, but there are additional considerations, such as using Tintin's harpoon to access hidden areas or Haddock's brute strength to bash through walls and discover new paths. You can switch between the two characters at any time using the D-pad, or a friend can jump in and play through a level with you. There are also coins to collect, which you can use to buy new costumes for Tintin and Haddock. There's even a somewhat satisfying boss to fight at the end of it all, though you end up doing it three times.

If you're after more of a quick Tintin fix, a challenge mode lets you play through some of the vehicle sections again, only with time limits for making it around the course or shooting a certain number of enemies. You can even play them with the PlayStation Move, but the motion controls are erratic, making it difficult to keep control of your vehicle. It's not all bad for Tintin, though, particularly if you're a fan of the comics or cartoon series. The voice acting is great, while the music and animation exude a Tintin vibe that fits nicely with the narrative, even if this isn't the prettiest game out there. There are lots of familiar characters throughout, including faithful companion Snowy and a cameo from bumbling police officers Thomson and Thompson.

If you're not a fan of the fiction, though, or you don't have younger children who might appreciate simplicity, there's little incentive to play The Adventures of Tintin. It's boring. You can sit back and coast through it without even thinking, and the somewhat interesting story is little compensation. Repetitive levels and overly simple puzzles just add to the game's troubles. The Adventures of Tintin: The Secret of the Unicorn is another game to add to the pile of movie tie-in games that missed that mark, and it's a failed opportunity to do something great with a well-loved character. 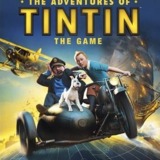 The Adventures of Tintin: The Game
Follow
$8.06 on Walmart
Buy 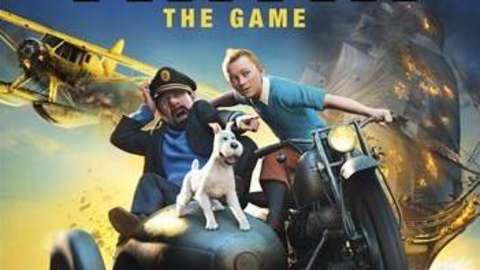 The Adventures of Tintin: The Game

6.8
Sign In to rate The Adventures of Tintin: The Game