Trilobyte has released a game that is somehow dated and innovative at the same time.

The 7th Guest was one of the biggest selling CD-ROM games ever made, and many cite it as a major reason for the explosion in CD-ROM drive sales around the time of its release. That was almost three years ago; reported sales results of The 11th Hour suggest that history will not repeat itself.

After spending two-and-a-half years in development, Trilobyte has released a game that is somehow dated and innovative at the same time. It seems dated because its puzzles are only beautiful, 3-D renderings of puzzles that have been around since time began. Moreover, the game's overall structure and objective make it nearly identical to its predecessor. The 11th Hour is innovative, though, because it includes loads of well-produced video clips that make up the game's storyline - and also because that video plays so fast at full-screen that it could be mistaken for television or movie-speed images.

Not surprisingly, these conflicting aspects of the game go together like oil and water. The only way the game designers could think to link these disparate parts was by creating an out-of-place sci-fi prop: a personal digital assistant, called the gamebook, that plays events back in full-color video. As you move deeper into the game, the gamebook's role becomes increasingly undefined, as it also serves as a communication device for Stauf, Ms. Morales, and an unknown entity who provides clues to help you solve puzzles if you can't figure them out by yourself.

Even apart from this inconsistency, Trilobyte still fails to deliver on its promise of "broadening the interactive entertainment market by creating and delivering original, high quality products with mass-market appeal." The 11th Hour does not broaden the market; in the end, it looks and feels like any of a number of games that have borrowed from the 7th Guest formula. And as far as mass-market appeal, it's unlikely that more than a handful of gamers will have the patience to sit through the game's glacial movement from point to point and its equally slow plot progression, much less figure out its overly difficult logic puzzles that seem to have little or no relation to the story.

On the technical side, The 11th Hour often requires a lot of dancing around inside your PC to pull off the game's high video frame-rate at full screen. In my case, I spent some time with Virgin's adept tech support staff to get the game running smoothly.

Without meaning to, The 11th Hour has taught the gaming industry a few valuable lessons: First, the sequel isn't always as successful as the original. Second, pretty graphics and cool video sequences do not ensure a good overall gaming experience. Third, and perhaps most importantly, game creators should stay true to their claims, or they'll disappoint their audience in the end. 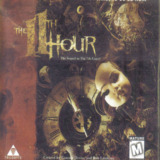 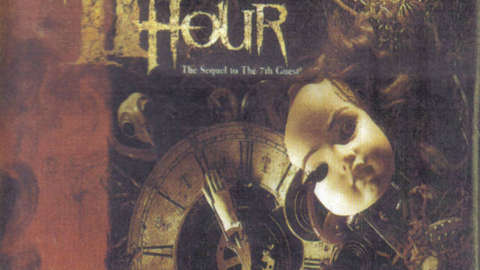 Trilobyte has released a game that is somehow dated and innovative at the same time.