Tetrisphere is precisely the sort of game that the N64 really needs.

Some time ago, a tiny Canadian design house called H2O Entertainment came to a trade show and set up an incomplete version of its first game in a tiny kiosk at Atari's depressing Jaguar booth. Atari, confident of the hit potential of titles such as Club Drive and Kasumi Ninja, allocated to H2O an easy-to-miss spot on the booth's periphery, an area that a friend and I bumped into on our way to a more exciting destination elsewhere at the show. After playing H2O's Phear for half an hour, we knew it was Atari's only hope to sell its systems. Months later, we learned that some executives from Nintendo felt the same way and had made H2O an offer for an exclusive Nintendo 64 version of the game that it couldn't refuse. Phear for the Jaguar was scrapped, and the developers went to work improving the game dramatically for the N64.

Now that three years have passed, the new version, renamed Tetrisphere, is precisely the sort of game that the Nintendo 64 really needs, offering revolutionary gameplay, impressive long-term value, and a set of visual effects that go above and beyond what Sony's PlayStation can handle. Originally described by its designers as the anti-Tetris, Tetrisphere turns Tetris on its ear by asking you to yank Tetris-shaped blocks out of a pit rather than stack them up, further complicating the matter by making the "pit" into a rotating ball with several onion-like layers composed entirely of blocks to be removed. If you can pull off enough pieces to expose a stretch of the ball's glowing core, you win and move on to the next stage. If you screw up or take too much time figuring out how to pull blocks off the ball, a block gets added to the surface as punishment, with a maximum of two permitted errors before the third ends your game.

While Tetrisphere is unquestionably the most original Tetris derivative released to date, it is by no means the most intuitive. Compile's Puyo Puyo, Capcom's Super Puzzle Fighter II Turbo, Nintendo's Tetris Attack, and Sega's Baku Baku Animal offer more immediate gratification because of their inherent similarity to the well-known Tetris and to each other. Since it first appeared as a Jaguar prototype, the appeal of H2O's game over similar games has been in challenging you to think more strategically and under greater pressure as the sphere comes closer and closer to the screen's edge, and as time runs out. Nintendo's role in the game's development has primarily been to give the game much greater long-term depth, to fine-tune the gameplay, and to add a number of distinctive play modes.

In fact, the play modes truly enhance the game's value, with one mode operating as described previously above, another giving you a series of block-dropping puzzles to complete, and another presenting a nice variety of individual challenges, such as finding pictures hidden on the core of the ball, shattering a tower by unseating the blocks beneath it, and protecting another tower from damage while moving blocks around it. Additionally, a two-player split-screen competitive mode offers a personalized one-on-one competition for two people to enjoy, complete with robotic characters to choose from and a smattering of adjustable settings. The guiding hand of Nintendo's Ken Lobb can be seen in Tetrisphere's in-game depth, which, like in his previous hit, Killer Instinct, offers a number of subtleties that better players can learn to understand, while allowing less-experienced players to still have a good time.

Most surprising about Tetrisphere is its aesthetic presentation, which contrasts sharply with the intentionally simple formats of older Tetris games. Where the rotating "ball" on the Jaguar was jagged with polygons, the Nintendo 64 actually pulls off the previously-unseen feat of creating an almost perfectly smooth, real-time sphere and moving it convincingly. Then it puts two spheres on-screen in two-player mode. Even more impressive, Tetrisphere's backgrounds are perpetually moving futuristic 3D scenes, some of which are mind-blowingly beautiful and the least of which are still cool. The only visual gripe is the initially overwhelming iconic in-game interface, which puts graphical speed meters and combo counters in places where you can't really look while playing. Tempest 2000-style transparent numbers fading in and out of the center of the screen would have sufficed.

From an audio standpoint, Tetrisphere is the first Tetris title to have high-quality music, with high enough sample quality to make the cartridge sound just like what you would expect from a solid techno CD. And you can choose to listen to any of the game's tracks at any time while playing. Sound effects are fine, but there's no question that some in-game voice samples would have done even more to jazz up the audio.

All things considered, Atari, 3DO, Sony, Sega, and third-party developers have had more than two years to come up with a puzzle game that does for 32- and 64-bit hardware what Tetris did for 8- and 16-bit machines, and the only game that comes close is Sony's modest Intelligent Qube. Impressively polished in every area, Tetrisphere provides a new puzzle depth benchmark while doing an excellent job of showing off the abilities of the Nintendo 64 hardware, making the title yet another in the handful of "great" N64 games that contrast sharply with much of the machine's third-party dreck. Against the N64's vaguely similar Blast Corps - another great strategy-intensive action-puzzler - Tetrisphere easily holds its own and offers itself as the N64's first two-player competitive puzzle action. With my hopes for many more successes to come, H2O's first game is highly recommended. 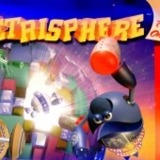 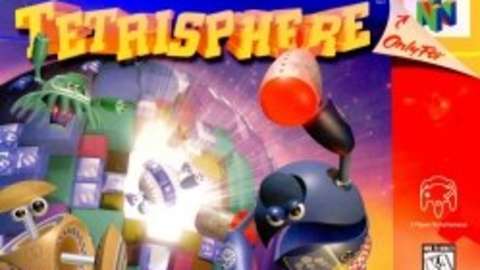 Tetrisphere is precisely the sort of game that the N64 really needs.