Tetris Worlds offers several solid interpretations of the classic Russian mindbender, though there's little here that hasn't been seen before.

One of the key draws of Tetris has always been its elegant simplicity--a simplicity that allows for open interpretation, which is attested to by the countless forms it has taken on consoles, the PC, cell phones, calculators, and various Web-based platforms over the years. Now, Radical Entertainment and THQ, the current holder of the Tetris license, have brought six different variations on the Tetris formula together for Tetris Worlds on the Xbox. With its wealth of gameplay modes and slick presentation, Tetris Worlds offers several solid interpretations of the classic Russian mindbender, though there's little here that hasn't been seen before.

Graphics and sound have never been make-or-break categories for Tetris games, though this didn't stop Radical Entertainment from making Tetris Worlds one of the flashier versions of the game to date. Each mode has its own themed backdrop, where you'll see barren deserts, erupting volcanoes, an icy tundra, and more exotic and fanciful landscapes. Tetris Worlds shows off a little flair from time to time with particle and lighting effects, though you'll probably be too focused on the game at hand to give notice. The music is made up of noodley ambient techno and industrial tracks, all of which are completely forgettable. Thankfully, the Xbox version of Tetris Worlds allows you to rip your own soundtrack, if you prefer.

As previously mentioned, Tetris Worlds is composed of six different flavors of Tetris: square Tetris, cascade Tetris, sticky Tetris, hot-line Tetris, fusion Tetris, and plain old white-bread Tetris. Any of these modes can be played solo or against up to three other players. By tweaking the existing rules of Tetris or adding entirely new rules, each mode requires you to come at block management and block placement with a slightly different strategy. Fans of Tetris will appreciate the variety, though the differences aren't enough to really seduce you all over again.

Tetris Worlds institutes three gameplay mechanics that may prove helpful for the novice and the expert alike. The hold function lets you remove a piece that is in play and save it for later, making it easier to plan out and execute a full four-line Tetris. The ghost piece shows you where your piece will end up once you drop it by projecting an outline of the current shape in play on the lowest point of the field. Finally, the easy spin function allows you to continue to spin and move a piece in play long after it has touched down on another block, giving you ample time to decide where to place it. In the PlayStation 2, PC, and Game Boy Advance versions of Tetris Worlds, the easy spin function was not optional, thus throwing off the game's balance and removing the challenge for any remotely experienced Tetris players. Like the GameCube version, Tetris Worlds for the Xbox defaults with easy spin and the two other extra functions on, though some quick menu selections will remedy the issue for those who detest any form of hand-holding.

It's encouraging to see that THQ has learned from past mistakes by making the easy spin function optional, a change that has made Tetris Worlds for the Xbox a totally playable puzzle game with good multiplayer potential, instead of an embarrassment to the series. Though, all good intentions aside, most everything found in Tetris Worlds has been seen in previous incarnations of the game, and the lack of any significant new elements lessens the game's appeal to anyone other than the casual gamer. Rest assured, Tetris Worlds for the Xbox isn't broken--it's just Tetris. 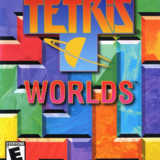 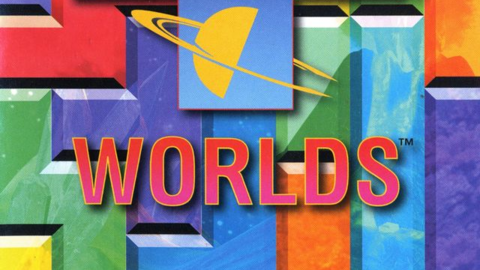 Tetris Worlds offers several solid interpretations of the classic Russian mindbender, though there's little here that hasn't been seen before.