The same old sky is falling.

On the year of its 30th anniversary, it's hard to think of new things to say about Tetris. Few games even come close to being as universally recognized and understood as the Russian puzzle game that has caused countless people to dream about stacking blocks into perfect lines.

So as hard as it is simply to write something original about the classic, it must be harder to invent new and exciting ways in which to actually play it. As a result, just about every gaming platform under the sun (and even many non-gaming platforms--hello, graphing calculators) tends to end up with at least one or two new editions of the same old formula, maybe experimenting with a new mode or two but mostly sticking to what's tried and true. Ubisoft's crack at celebrating the series' history falls into this exact trap, and Tetris Ultimate is mostly a game you can look at and say, "Yep, that's Tetris."

The basics are unchanged. You are given a vertical playing field in which you drop tetrominos--various shapes composed of four squares each. As a randomized parade of pieces falls from the top of the screen one at a time, you can move each one left or right as well as rotate it clockwise or counterclockwise. The goal is to create a straight, unbroken horizontal line of blocks, which removes the line from the playing field and scores you points (more points if you can eliminate several lines at once). The more lines you clear, the faster the game becomes.

Over three decades, this formula has remained largely unchanged, and rarely have the rules been so much as tweaked. But while there are no options to customize the look or sound of the game, Tetris Ultimate sports an admirable list of settings that let you tailor the feel of the game to your liking. For instance, you can turn off the hold queue (which allows you to save a piece for later use), change the behavior of the random generator, or turn off the more advanced wall kick and t-spin maneuvers. You can also tweak how long you can rotate a piece at the bottom of its drop--the controversial "easy" or infinite spin is not a default. You can't get super specific with these values, but the options are nice to have regardless.

While the potential variety of Tetris may seem limited, previous iterations of the series have nonetheless seen some rather inventive new modes using tetrominos. By comparison, Tetris Ultimate's mode selection is bare-bones. In addition to your standard marathon and endless modes there's Sprint (a race to see how quickly you can clear 40 lines), Ultra (a high-score challenge where you only have three minutes to play), and a couple of multiplayer-only battle modes--one with power-ups and one without. All modes can be played with humans or bots, with team versus team and co-op variations of each.

Co-op and team modes are the most interesting twists on the Tetris formula, as they widen the playing area (and thus lengthen the width you need to cover to get a line) and divide the screen up so that each player has his or her own designated section to drop pieces into, with a couple of columns of shared space in between that both players can use. Communication becomes important not only because scoring is impossible alone but also because all players on a team share both the pool of upcoming pieces as well as the single held piece, so if you're saving that straight block for a specific purpose, make sure your partners don't use it themselves.

While there are no options to customize the look or sound of the game, Tetris Ultimate sports an admirable list of settings that let you tailor the feel of the game to your liking.

When playing online, there doesn't seem to be a great system for matchmaking similarly skilled players. The only "rank" you ever achieve is designated by how far you are able to get in either the marathon or endless mode. But playing vanilla Tetris without interference is quite a different beast from a battle mode match against another player, and this doesn't appear to be a consideration when matching players together. Furthermore, many matches are hit with unfortunate lags and/or bugs, and if the game's host disconnects for any reason, the other players are out of luck even if they're 14 levels deep in a marathon game.

If you don't want to put up with the occasional lag that comes from playing against strangers, you can pretend to play against your friends by challenging their "Tetris Self," a bot that tries to play at about the same skill level as its player. It's an interesting idea, but it doesn't feel any more special than playing against an AI with a custom name--which is all this is.

When playing alone or in offline multiplayer mode, Tetris Ultimate nails most of the basics. Unfortunately, it doesn't go far beyond them. The four-player versus and co-op modes are a lot of fun, and the classic high-score chase is as solid as ever, but there are no visual or music options, and the selection of modes feels lacking. To be fair, at $10, Tetris Ultimate is one of the cheaper Tetris games to hit consoles in recent years, and what you get for that price is perfectly competent. The game's main menu features a prominent store icon that promises more modes coming soon, so those looking for more variety may get what they're looking for via DLC.

Part solid execution and part missed opportunity, Tetris Ultimate is hard to judge. If all you want is a good version of classic Tetris for your new console, this one will suit your needs well. The low price is nice and the gameplay options provided are a nice touch, but it doesn't do enough to earn the "ultimate" moniker. 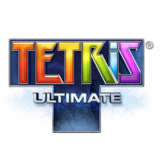 Britton Peele has been staying up past his bedtime playing Tetris since the days of the original Game Boy. He conquered Tetris Ultimate's marathon mode, played against more than 10 online opponents and spent some time with local multiplayer before writing this review. 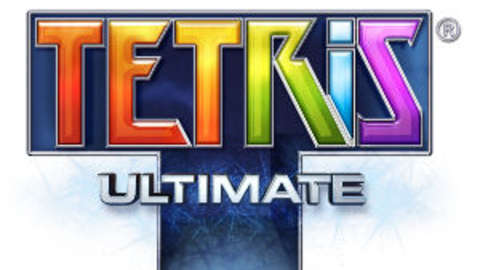 The world’s most-loved puzzle game arrives on next-gen consoles, and is better than ever in Tetris® Ultimate. With six exciting modes, fun new features, and unique visuals, the evolution of this iconic game is the ultimate must-have on next-gen consoles.