When a developer kills off one of a game's main characters, it's given one of two choices: create a prequel or start looking at the afterlife in that revolving door sort of fashion found in comic books. In the second entry in Activision's PlayStation ninja adventure series, the creators chose the former route. You play as Rikimaru and Ayame shortly after they pass their final tests to become Azuma ninja, long before one of them meets an untimely end.

In Tenchu 2, a rival ninja clan has set forth with a plan to destroy the local lords so that they may rule the land themselves, and Rikimaru, Ayame, and their friend Tatsumaru are soon drawn into the conflict. While the original game had an adequate plot that possessed a few standout moments, the sequel's story is compelling, impressive in the telling (seen through CG and in-game cutscenes), and multilayered. In fact, you won't see the complete picture surrounding the game's events unless you play it through as all three characters (Tatsumaru's missions open up after you beat the other two's stages) and see it through their eyes.

Tenchu 2's basic gameplay remains much the same as in the original. You view your ninja from a third-person perspective, and guide him or her through each stage, completing your mission objectives while avoiding detection. You use the square button to crouch or flatten out against a wall, while R1 functions as a free-look that lets you peek around corners to see if an enemy is approaching. A small meter on the bottom left-hand corner of your screen indicates how close a foe is to you, and if they've spotted or heard you. If they haven't seen you, you can sneak up on them and perform a one-hit kill. If you can wipe out all the evil ninja and soldiers on each level without being detected, your score is much higher and you can gain extra items, such as a gas bomb, a sleeping potion, or special dust to blind your enemies with. With you at all times are two items, a grappling hook that you can use to climb onto rooftops and a bamboo reed you breathe through while under water. Unlike in the first Tenchu, you can sneak up on shore-, boat-, or dock-bound foes by swimming up beneath them underwater, although it's necessary to watch how much noise you make splashing about. Additionally, you also now have the abilities to search fallen ninja for items and to drag bodies away so that they're not discovered.

While the stealth aspect of the original Tenchu was well received, many felt that the game was far too short. That's one criticism you won't hear of Tenchu 2, as it's likely the most immense game of its genre. To start with, both Rikimaru and Ayame have 11 missions each, and Tatsumaru, once opened, has an additional seven of his own. Though some character's stages take place in the same environments you saw with other characters, the objectives you must carry out, bosses that you fight while there, and graphics that pretty up the landscape are often different, giving each territory its own feel. The mission editor section of the game offers fifteen extra missions and provides you with the ability to create custom stages. There is a wide range of options available to you, and the tools are fairly intuitive to use, so you can put together and play a mission to be proud of within a few hours. Forty missions and the easy ability to make more is an unprecedented amount of value for a console game.

The game's enormous size, however, is also one of its drawbacks. The camera and controls are very well suited to sneaking around and assassinating nasty men, but when it comes to fighting them in straight combat, the shifting camera angles will often work against you. This wasn't a huge problem in the first Tenchu, because if you were good at managing the gameplay, you could avoid regular confrontations, save for a few boss fights. But Tenchu 2 has three times as many bosses as the original, and most of them are monstrously hard to beat, largely due to the fact that the camera system has a wicked habit of undercutting you at key times. The final level for each character is notoriously difficult, requiring you to either carry out a weighty order such as wiping out every member of the opposition before facing the boss, or fighting one boss after another. There are many instances in which you might spend 45 minutes trying to beat a character's final stage, only to lose in the end and have to start over completely - again. It's the sort of thing that can lead to shattered picture tubes and broken controllers.

That said, Tenchu 2 rewards hard work. Some of the best levels in the game are found toward the end, and the story sequences you then see - the secret final ending especially - are particularly nice. There are without a doubt too many bosses in Tenchu 2, and they're far more difficult than they need to be, but at least you're given some payoff for beating them.

Other rewarding elements include the number of impressive visual touches to the gameplay elements of Tenchu 2, such as the rain effect in the war camp, the motion-blur effect found in the silent-kill sequences, and the motion-captured moves seen throughout. They add up nicely; not quite well enough to make up for the game's pop-up, draw-in, and occasional bits of slowdown, but almost. The audio side of Tenchu 2 has far fewer drawbacks - its superb orchestral score, exceptional voice work, and fantastic sound effects are worth noting in a genre where the standard is already set high.

Tenchu 2 is an excellent sequel in that it provides better graphics and sound, more levels and characters, superior enemy AI, and a host of other improvements over the first title. There's even merit in saying that it's a better game than Tenchu: Stealth Assassins was at the point at which it came out two years ago, but it's also true that it has as much holding it back now as the original did then. If the camera responded better and the difficulty level wasn't quite so high, Tenchu 2 could've been considered one of the best games of the year. As it stands, it's still well worth your time (and it will cost you plenty of it), but expect it to provide you with no small degree of frustration along with its thrills. 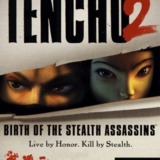 Tenchu 2: Birth of the Stealth Assassins
Follow
$19.99 on Walmart
Buy 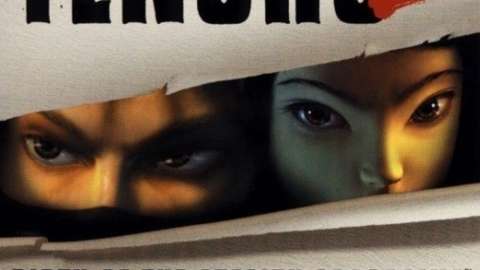 8.4
Sign In to rate Tenchu 2: Birth of the Stealth Assassins