Sam Barlow again lets you search through video to uncover mysteries and secrets, but you'll have to make your own fun.

There's an intrinsically curiosity that draws us to look into the private lives of others--a burgeoning, guilty draw that pulls humans to tell stories, to gossip, to spy on one another. The psychology of that feeling is central to Telling Lies, a game that really isn't about much more than watching the close, private conversations--sometimes very intimate ones--of other people. The game leverages a human desire to pry into others' lives, and that feeling that we're doing something wrong helps to make the draw even more powerful.

That feeling is how Telling Lies gets away with being a video game that doesn't really contain much of a "game," per se. As with its predecessor, Her Story, director and writer Sam Barlow lets the idea of uncovering the sordid details of someone else's life lead you through the experience. Where Her Story was something of an experiment with the idea--you skim through a database of unordered full-motion video clips that slowly expose a mystery concerning a woman who was questioned by police--Telling Lies is the larger-scale execution. There are more characters, more videos, and more details to uncover. The question of how much you'll enjoy Telling Lies is very much linked to how far your curiosity will carry you.

To that end, there's no good way to explain what Telling Lies is about without ruining it. The game starts with a clip of a woman returning to her apartment and plugging a hard drive into a computer, which gives her access to a secret National Security Agency database of videos snaked from the Internet; essentially, a series of Skype or FaceTime calls made or received by a man named David. As with Her Story, the reason those videos are worth perusing, and why the privacy of these people is worth invading, is something you have to glean for yourself. As the title suggests, not everybody is fully honest with each other, and much of the game is a meditation on the deceptions humans employ every day in all their interactions. The face we show one person is different from the one we wear for another--and even what we tell ourselves is potentially suspect.

Uncovering the lies and the reasoning behind them will likely keep you pretty well enraptured through the game's eight or so hours of video, especially in the early and middle portions when there are plenty of revelations waiting for you to unearth them. Nuanced performances help in that regard as well, even though the actors are mostly just staring into cameras and emoting. You'll probably recognize the members of the strong cast, led by Logan Marshall-Green (Prometheus, Upload), Alexandra Shipp (Dark Phoenix, Love, Simon), Kerry Bishé (Halt and Catch Fire, Narcos), and Angela Sarafyan (Westworld, American Horror Story). It's not hard to imagine Telling Lies as a Netflix show if it were presented a little differently. The game part of watching all those videos--and there are a lot of them, upwards of 160--usually is found in figuring out what you're not seeing or hearing in each one.

All of Telling Lies takes place on a computer screen, where you can dig around on the stolen hard drive for additional context (or even play Solitaire), and poking around a bit gives some handy facts about what you're viewing. In order to make sure this particular NSA Big Brother program passes Constitutional muster, the videos can't be watched chronologically. You can only search for a clip using keywords, and when you uncover a conversation, you can only see one side of it at a time. Watching each clip is a chance to learn more about the people in it--but you'll also need to pay close enough attention to figure out what words to try next that will help you uncover more of the story, or what words the other person might be using so you can track down their side of the interaction.

That system is nearly identical to the one in Her Story, with a few improvements. In Telling Lies, you can scrub through videos at various speeds by dragging your mouse to the sides of the screen. You'll start each video at the keyword with which you found it, so discovering context requires you to dig further into every video. Each selection also includes subtitles, and you can click any subtitled word while watching to use it as a keyword, making searching around a little easier--or allowing you to chase down a thread as soon as you see it.

As noted, Telling Lies is an expansion of the ideas inherent to Her Story, and so it includes a lot of the same high points--and drawbacks. It's very much a title in which you need to make your own fun. Uncovering interesting tidbits about the characters or finally drawing a connection between one event and another is satisfying, but that also means that the "game" part of Telling Lies largely exists in your own mind. There's little to push you forward other than your own desire to know more, and you'll largely create your own objectives and climaxes in the form of "Aha!" moments along the way.

The disjointed nature of the story also means that it's up to you to impose your own structure on it. Telling Lies doesn't have easy-to-follow traditional storytelling elements like a rising action or climax. It's possible (although really unlikely) to spot the final video in the sequence immediately after watching the first. Filling in the gaps is part of solving the mystery, but at the same time, Telling Lies pretty much ends when you get bored of searching or hit a wall and can't come up with any fresh keywords. A timer running on the screen lets you know how much of the in-game night you've wiled away with your inquiries. The game implies you've only got until dawn to find everything you can before you're inevitably snapped up by the authorities for stealing the database. But come 5:45 a.m., the timer stalls (or at least, it did after I hit the button ending the story once and then loaded an earlier save to dig around some more). That allows you infinite opportunities to keep searching, but it also seems the ticking clock is more a contrivance than an actual system, so again, you're not actually working toward anything other than your own satisfaction.

That's never more true than when you trigger Telling Lies' ending, essentially by clicking an "I'm done" button as dawn approaches. Though you've dug through what is (seemingly) an illegal NSA database and your arrest is likely imminent, you get only a vague sense of what the information is for and what you're doing with it now that you have it. A final report that gives you a sense of how much of the game you completed and what most often drew your interest gives some suggestion of your character's final actions, but you're not compiling the raw data into a clear story, nor are you really leveraging it against the powers that be that are hunting you. Depending on which of the characters' videos you saw the most of, you'll get one of three endings that explains the aftermath of the two years of events you've just witnessed--but that's it, and it's unsatisfying to just see one conclusion of several intertwining narratives. And in the end, you're just watching videos, making connections, and then turning the game off.

It's in the ending that Telling Lies feels a bit undercooked. The mechanics, writing, and performances create a real feeling of peering into someone else's private world all the way through, but the game doesn't give you much in the way of agency, especially if you endeavor to uncover every single video. Telling Lies never really answers a fundamental question raised by its very nature and structure: So what? The game's final report seems to suggest that you're taking part in crafting a narrative as a viewer, as if the act of uncovering and watching these videos creates a complete, subjective narrative for whoever sees them next--but you're only a passive part of that process, and you don't know you're taking part in it until it's over. The game might be telling you that you've had an effect on what someone else might see, but you don't get a chance to actually make any decisions in that process, or to separate truths from deceptions; you only get to watch.

The mechanics, writing, and performances create a real feeling of peering into someone else's private world all the way through, but the game doesn't give you much in the way of agency.

Telling Lies offers you the opportunity to delve into the intimate connections between people, to uncover who they are possibly to a deeper extent than even they realize. The production values and performances in particular make Telling Lies feel true and immediate, elevating the game's conceit that you're taking part in something forbidden and possibly sinister, even as you work as a digital detective. In that way, it's contemporary and meaningful as a game that uses interactivity in a unique way to explore how we relate to one another. But Telling Lies struggles to find meaning in that exploration. Its interactivity is only skin deep, like the lies its characters tell one another. As a further expansion of Barlow's ideas about what games can be, Telling Lies is a success. It's unfortunate that, in the end, it doesn't further embrace its interactive possibilities. 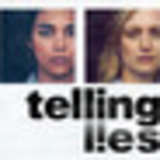 Phil played Telling Lies for around eight hours using a code provided by the publisher. 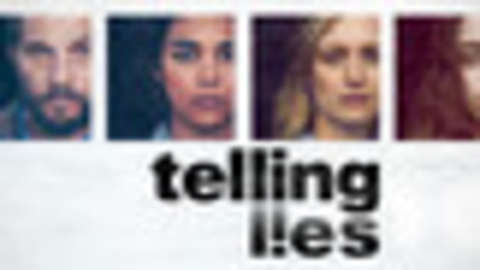