Tekken: Dark Resurrection for the PSP is an impressive graphical feat that also delivers everything that makes the Tekken series so great.

The Tekken series has always done well in arcades, but it truly came into its own as a home release on Sony's various video game consoles. The PlayStation and PlayStation 2 have received the brunt of Namco's Tekken series, but now it's time for the PlayStation Portable to get into the act with a port of the latest arcade upgrade for the series, Tekken: Dark Resurrection. This game builds on the content and characters from Tekken 5, adding more fighters, more moves, new backgrounds, new customization options, and more. Plus, it's one of those amazing portable games that raises the bar and resets your expectations about what a portable machine can do.

The largest factor in resetting those expectations comes from the game's graphics. While the PSP doesn't pull off a polygon-perfect port of the arcade game, the characters look and move as well as you could hope. The corners seem to have been cut in the backgrounds, which occasionally sport a grungy texture or two, and in the pre- and postfight animation, which isn't quite as smooth as the fighting. Those things aside--and they don't get in the way at all--Tekken: Dark Resurrection gives off a real "this platform shouldn't be able to look this hot" vibe. On top of that, the game's loading times are pretty manageable, averaging somewhere under 10 seconds between fights, and even less if it's a rematch on the same background with the same fighters. So the visual quality doesn't come at the expense of speed, which is great.

The gameplay in Tekken: Dark Resurrection is also spot-on with what you'd expect from the series. The controls are responsive, though the occasionally tricky diagonals on the PSP's D pad took an hour or so of getting used to before we could pull off combos and juggles without trouble. If you like, you can also use the analog stick to control movement. The fighting itself is right in line with previous Tekken games, though there are three characters here that weren't in Tekken 5. Armor King returns to the lineup, and there are two all-new characters. Lili is a rich girl with street-fighting skills, and Dragunov is a Russian special forces operative who fights in a sambo style with plenty of powerful strikes. Both of the new characters fit right into the lineup and seem as deep and interesting as the rest of the cast. Also, unlike most Tekken games, Dark Resurrection starts with the complete cast of 34 characters available, so you won't have to dig through story mode multiple times to get all of the fighters.

Players who are familiar with the Tekken series will be right at home with the available modes, many of which come from Tekken 5 on the PlayStation 2. In addition to the arcade mode, which lets you unlock crazy prerendered ending videos, there are plenty of submodes, including a robust practice mode, team battles, time attack, and a quick battle that lets you pick your first opponent. There's a versus mode that lets two players compete locally over an ad hoc connection, using the same sort of lobby system that has appeared in previous PSP fighting games. You can also merge your rankings with other players' rankings, so you can have something to compare your time-attack times against.

The best part of the game is the way it uses artificial intelligence profiles. This is something that appeared in Tekken 5, but the ghost recording system and online options make it more worthwhile here. Ghosts are profiles that are meant to replicate another player's fighting style. While it certainly isn't perfect, they do seem to make for more interesting and unpredictable fights than the average fighting AI. You mainly fight these profiles in the Tekken dojo mode. Here, you move from dojo to dojo, fighting your way to the top of each one by beating these ghost profiles. The game comes with plenty of ghosts already present, but you can also record your own play to make your own ghost and then share it with your friends locally. You can also get online and download packs of ghost players for use in the single-player game, which is cool. Getting online also allows you to upload your ghosts for use by other players. It's a shame that there isn't any online combat, but considering that the Tekken series has yet to go online on any platform, it's not an altogether surprising omission.

In most of the game's modes, you earn money for winning fights. You can take those funds and use them to customize the look of your characters, much like in Tekken 5 or Virtua Fighter 4. There are plenty of pieces and colors to purchase, and they range from standard changes, like new hairstyles and glasses, to weird stuff, like a dog that clings to the back of Paul's gigantic haircut. Your ghosts carry these items, so you can give them a custom look before you send them out into the world to do your devious bidding.

The game contains a lot of solid music that plays while you're fighting, and the theater mode serves as a sound test, letting you listen to any of the music at any time. Additionally, the game has the same sound effects that Tekken 5 had, which makes the hits sound nice and hard, though the relative lack of bass on the PSP's stock speakers means they don't deliver quite as well as a set of good headphones will.

With plenty of modes to mess with and the promise of ghost exchanging, Tekken: Dark Resurrection is a long-lasting game that impressively delivers quality 3D fighting to the PSP. It makes smart additions while retaining everything that makes the Tekken series so popular in the first place. Fans of portable fighting games can't go wrong with this one. 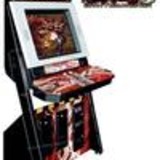 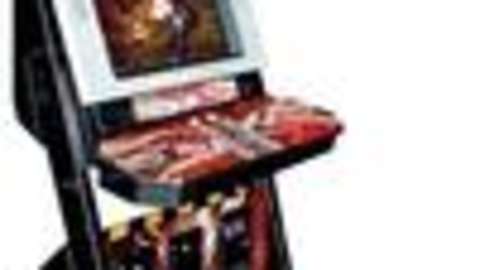 Tekken arrives on the PS3 and online, so you can beat up folks from all over the land.