This shallow, simplistic beat-'em-up is stuck in the past.

When Turtles in Time debuted almost two decades ago, playing as four of the hottest cartoon characters around and beating the crap out of hapless foot soldiers was novel and entertaining. Turtles in Time Re-Shelled gives the classic arcade game a 3D overhaul, sprucing up the visuals and giving the turtles more freedom of movement. Yet despite these tweaks, the gameplay remains largely unchanged. Repetitive enemies, finicky bosses, limited lives, and simplistic combat are the main components, and victory is achieved only through patience and vigorous button pressing. There is a challenge to be found here, but there isn't much in the way of good plain fun. Those who delight in overcoming adversity will find some satisfaction, but most others will find boredom and frustration.

That's not to say Turtles in Time Re-Shelled is a particularly hard game. You will be able to thresh your way through legions of foot soldiers with little difficulty, though they do grow slightly tougher and more numerous as you progress. The end-of-level bosses present a stiffer challenge, and beating the game is not easy, but the whole thing takes only about an hour to complete. There's only one campaign, along with two other modes: Quickplay (pick any level) and Survival (you have only one life). You can play solo or with up to three other players, either locally or online. Given the short length and limited modes, the 800 Microsoft point ($10) price tag seems a bit steep, and there isn't much in the way of replay value.

What value you do get from the game will depend largely on how much you love the Turtles. The teens look good and animate crisply, but their combat repertoire is quite limited. You have a basic attack and a special attack, each assigned to one button. You can jump kick by attacking midair and dash attack by running for a few steps before striking. If you get in close to enemies, you can either throw them toward the screen and out of play or grab them by the arm and flail them back and forth a few times. That's pretty much the entirety of your move set, so you'll spend a lot of time using the same few moves. Repetition is to be expected in a beat-'em-up, but none of your moves are very fun to repeat. They get the job done, but there is no sense of impact, no interesting way to chain moves together, and nothing to really make the combat satisfying or engaging. As a result, the action wears thin pretty quickly and boredom starts to set in.

The changing levels offer some visual variety, and the vibrant environments generally look good. A few areas have wonky color palettes that are too muddy or too blaring, but for the most part, the bright scenery makes a good backdrop for battle. Things can get pretty busy when four players and a posse of foot soldiers are on the screen at once, which is a fact that the developers have acknowledged by including a "Where the heck am I?" button. This business only gets really problematic during the levels when you are constantly zooming along on a floating hoverboard. Maneuvering around the screen can be tricky because the game tries to track you, your board, your allies, and your enemies, and this impeded motion can be irksome.

More frustration awaits when you tackle the level bosses. Some of these characters can be easily dispatched with constant jump kicking, but others aren't so manageable. Many of them have attacks that seem to hit outside of the expected range, so even when you think you're clear, you aren't. One in particular, Cement Man, is downright aggravating. This monster will turn into an invulnerable blob and scoot around the screen erratically. Sometimes he won't come near you, but other times, he'll zip over to you, knock you down, and then just sit there as you quickly lose health in an inescapable damage loop. The sewer level has a similarly aggravating feature; if you get hit by a mine or spikes that shoot down from the ceiling, you'll be powerless to avoid hitting two or three more of those same hazards. Skilled players will likely be able to avoid much of this frustration, but only through practice and perseverance.

If you have the inclination to be patient with Turtles in Time Re-Shelled, you'll be able to overcome many of the game's frustrating aspects. However, there's no real incentive to do so. The game offers nothing beyond the nine levels of the campaign, and those can be completed in an hour. There are ways to revisit the same levels and ratchet up the challenge, but the gameplay loses its luster after the first few levels. And by the time you've beaten the game, it's unlikely you'll want to come back. Re-Shelled is shallow and unremarkable, with just enough frustration to make it mildly unpleasant. Nostalgic challenge-seekers may find some fun here, but all others should look for better ways to spend their time. 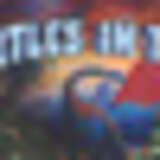 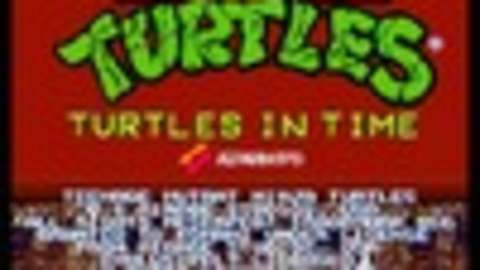 Teenage Mutant Ninja Turtles: Turtles in Time is an action game in which the ninja turtles must save a city from the evil Shredder.