The four-player co-op is pretty much what makes this update of the classic arcade Turtles beat-'em-up worth downloading, though the $5 price doesn't hurt either.

Just in time for the brand-new CG-animated Teenage Mutant Ninja Turtles flick hitting theaters, Turtles nostalgia has hit the Xbox Live Arcade in the form of the titular arcade beat-'em-up classic. In a rare showing of marketing synergies, Ubisoft, the current Turtles license holder, copublished this rerelease with Konami, the original maker of the game. Throw in emulation wizards Digital Eclipse to make this game work again, and what you've got is a faithful update of TMNT (original music and voice acting included), with online, four-player cooperative play. Of course, the big question, as is the case with any of these games, is the game every bit as great as the impossible ideal that nostalgic fans remember? The answer is no--like so many other classic arcade games, this one hasn't aged all that gracefully, but that doesn't mean the game isn't still fun in a lot of respects.

TMNT was mechanically a pretty standard arcade beat-'em-up for its time, letting up to four players pick one of the famous Ninja Turtles (all the smart kids picked Leonardo) and jump into battle against the evil forces of the Foot clan, including that dastardly evil ninja Shredder. Along the way, you rescue your master, Splinter, and your best friend, April, and eat a fair amount of pizza. What really stuck out about Turtles in its heyday (apart from its rather unforgiving difficulty level) was both it being one of the first of the four-player arcade beat-'em-ups, and how well it emulated the original cartoon. Not only did it include several authentic voice samples and the original theme song, but the look of the game was pretty dead-on to the cartoon's style as well. Those graphics don't hold up nearly as well in this day and age, but this is still a decent-looking game, and unlike the unlockable version included in one of Konami's more recent Turtles games, this has all the original music and voices. Still, some kind of graphical update would have been a nice touch.

The gameplay is extremely straightforward. Each Turtle has an attack button and a jump button, and often those can be combined into jumping attacks. Enemies pour out of every crevice of a level, from standard grunt Foot soldiers to a variety of evil robots, and there are some rather tricky vehicular attackers. You'll also fight memorable bosses such as the evil brain creature Krang, the mutated twosome of Bebop and Rocksteady, and, of course, Shredder himself. As tended to be the case with arcade beat-'em-ups of this genre, the difficulty level is pretty over the top, as the maker of the game wanted to get you pumping quarters in as frequently as possible. That's not so much a necessity here, and when playing offline, you get unlimited continues, so a good chunk of that difficulty is negated.

However, when playing online co-op, your crew is only afforded 20 continues, meaning it's possible to lose the game altogether. That's a smart decision, as it's not hard to envision the co-op getting a bit boring after a while if you can just beat it over and over again with no challenge to speak of. The co-op play itself is set up pretty well. You can either jump into a quick game or create a public or private match yourself. The co-op seems to work just fine, though there was some lag in a number of matches. Only in a few instances did it hinder the game, however.

Like all Live Arcade games, TMNT features 200 achievement points. Many of the achievements are fairly challenging, such as beating specific bosses while only losing a certain amount of health or destroying every single parking meter, pylon, barrel, and speed sign in the game. Some are tied directly into co-op as well (like beating the whole game on co-op or achieving a certain individual score during a co-op game). It's a good list that's not easy to achieve by any means, so you'll definitely have to sink a bit of time into getting them all.

TMNT is one of those Live Arcade games that will likely send old fans all atwitter with nostalgic delight and cause new players to scratch their heads and wonder what all the fuss was about. All told, it's a simplistic and short game that relies more heavily on its silly difficulty than unique gameplay. However, for its time it was unequivocally one of the best this genre had to offer, and it's still pretty fun to team up with friends and spend as much time arguing over which turtle you'll play as it takes to beat the game itself. For $5, this is a fully faithful emulation of the Turtles you remember, and between the co-op and the achievements, it's worth the price of admission. 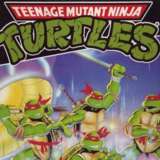 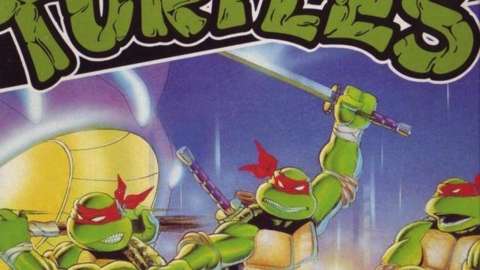 Teenage Mutant Ninja Turtles is a beat-'em-up game from Konami.