Mutant Nightmare is yet another Turtles sequel that does little to change the series' ever-decreasing reputation.

You can't really blame Konami for churning out Teenage Mutant Ninja Turtles games on the frequent basis that it does. It's a highly visible license based on a highly popular Saturday morning cartoon series, and, despite the fact that each and every one of the games produced for this console generation has peaked at middling levels or bottomed out in the dregs of action gaming, these games continue to sell, and sell well. So, it is with little surprise that Teenage Mutant Ninja Turtles 3: Mutant Nightmare follows precisely the same formula that the last couple of games have. It picks up during the third season of the TV show, interspersing TV footage into the game between missions and effectively trying to play out like an interactive version of the show. It also contains the same warmed-over gameplay engine, with just a few tweaks here and there to prevent it from being a straight carbon copy. To its credit, Mutant Nightmare is a touch better than the last game, Battle Nexus, in that it doesn't force-feed you a gaggle of terribly clunky platforming sequences to try to keep things interesting. But beyond that meager distinction, this still isn't a very enjoyable game.

Mutant Nightmare is very much a simplistic beat-'em-up, with each of the four turtles, Leonardo, Michelangelo, Donatello and Raphael, acting as the playable characters. They've got their respective ninja weapons, as well as some throwing stars and a few special abilities that manifest themselves from time to time. The big new ability in Mutant Nightmare is the ultimate turtle mode, a special state that each turtle can enact after collecting a number of hidden scrolls. It's basically a form of invincibility, making your chosen turtle tougher, and making it much easier to blow through every enemy in sight in a timely fashion. There is also something of a character-upgrade system to mess around with. Beating enemies awards you collectable crystals that you can use in between missions to purchase new combos and abilities. The ultimate turtle mode and the upgrades are a welcome change to an otherwise banal gameplay system. Unfortunately, neither is fleshed out enough to really make an impact over the long haul.

Mutant Nightmare retains the notion of using all four turtles in battle, but it does away with that obnoxious character-switching system from Battle Nexus. All four turtles are onscreen at once in this game, and the ones not controlled by players are dealt with via artificial intelligence. This is mostly a blessing, as the AI partners are generally pretty good about dispatching the enemies in the area. The curse portion of the equation is twofold. For starters, your teammates do have the innate tendency to get hung up in parts of the environment. Whether they're stuck on walls, cars, or whatnot, it's annoying.

However, that annoyance is circumvented by the other problem, which is that the game just isn't very hard at all, and having multiple guys working right alongside you to beat up the bad guys just makes it even easier. You'll frequently find yourself blowing through a stage in a matter of a few minutes, and the combat itself just isn't good enough to make that fun. Even the few cooperative attacks you can pull off ultimately seem pointless, given how easy it is to just clear the area the normal way. You'll often be down to the last one or two enemies by the time you actually get a team attack pulled off. In the instances where the game actually presents some measure of challenge, it's not any better. These bits are just frustrating gang-ups by groups of enemies with long range weapons that do stupid amounts of damage simply because of how many of them are shooting you at once. So, essentially, you'll either blaze through a stage ridiculously quickly, or get stuck trying to knock off a group of bad guys that shoot from a distance. Not fun.

Periodically the game will toss in a platforming sequence, a puzzle, or some kind of vehicular combat bit, but these are all secondary to you running around, smacking, and shanking bad guys. All these distractive bits aren't especially fun, either. The platforming sequences are just as awful as they were in Battle Nexus--there's just a lot less of them--and the puzzles are ludicrously easy at all times. One could easily attribute these issues to the fact that this is a game based on a cartoon, and so it squarely points in the direction of a younger audience. However, that's never really been the case with this series. Konami has always tried to cater somewhat to the nostalgic crowd, including the original Teenage Mutant Ninja Turtles arcade game in Battle Nexus, and a solid (though slightly choppy) port of one of the arcade sequels (and one of the best Turtles games ever), TMNT: Turtles in Time, here in Mutant Nightmare. That's great and everything, but it's hard to imagine any kind of discerning player, the type who would actually remember Turtles in Time, trudging his or her way through such a mediocre action game just to unlock it. And as for that younger audience? It's doubtful they'd even bother with it.

Mutant Nightmare presents itself about as well as the last couple of games have. It still retains that cel-shaded graphical look in-game, with characters pronounced by thick black outlines and ultracolorful shading. It was a great look back in the day, but now it feels pretty dated. The generally unimpressive animations and environments don't do much to help matters, either. Again, the game does use a lot of footage from the TV show, but most of the scenes are really poorly compressed. Plus, every once in a while the game will switch to random CG scenes that just don't look very good at all. The voice actors from the show reprise their roles here, and they deliver the dialogue about as well as they do on TV, even though most of it is recycled from the show. All that's left beyond that in the audio category is some short, repetitive musical loops that compose the soundtrack and a lot of ninja turtle grunting. At least you won't have to hear Michelangelo shrieking "eat feet!" ad nauseam like you did in Battle Nexus.

Is TMNT 3: Mutant Nightmare better than the near-train wreck that was Battle Nexus? Certainly it is. The scarceness of the terrible platforming portions of that game, as well as the constant four-turtle action, is a definite improvement over what Battle Nexus had to offer. But even still, Mutant Nightmare lacks punch. There's just not much game here that's worth playing, and the few bits that are worth it are buried underneath a lot of overly simplistic and generally dull beatings of easy-to-kill bad guys. In the rare instance where the game gets challenging, it feels artificial and frustrating, rather than satisfying or rewarding. Turtles fan or not, just skip out on Mutant Nightmare. 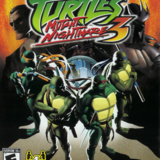 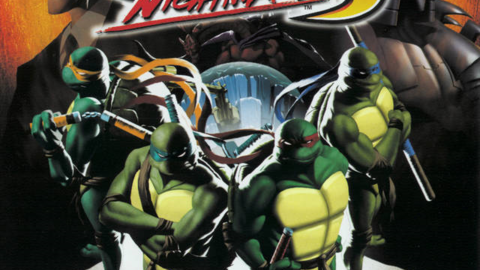 Team up with three other turtles and battle Shredder in this action game from Konami.