When the going gets tough, the tough sometimes take a fishing pole and start fishing in a bloody Jacuzzi stuffed with a mutilated body. That's, at least, the lesson you learn in Technobabylon, a point-and-click adventure that's set in 2087 in a city where a powerful AI controls and observes all. It's a cyberpunk quest with ideas that elevate it above cliché, using clever and (mostly) logical puzzles to keep you entertained for hours.

This kind of material usually runs the risk of slipping into tired homages to Neuromancer seasoned with a dash of Blade Runner, but Technobabylon rejuvenates the formula by shifting the focus. Here, you spend much of your time in the guise of Doctor Regis, a member of the Central AI's police force that's sent out to handle all the things that need an actual body. He may have a penchant for covering monitoring cameras in his office, and he may dislike contemporary technology, but he's very much a part of the system. Still, the genre's tendencies toward loners and outsiders reveals itself here as well, although it's largely limited to Latha Sesame, who spends her sad days wired to a Matrix-like "Trance" while her crummy apartment and recycled paper clothes rot around her.

Much as in Game of Thrones, the story benefits from shifts in perspective between these and other characters. Knowing the truth about how a particular event played out, for instance, makes it all the more difficult to control the actions of a character who places the blame and motives elsewhere.

This is heavy stuff, and Technobabylon has the good sense not to take itself too seriously. The splashes of humor tend to appear in some of the game's toughest (or at least most time-consuming) puzzles, where they serve as a nice chaser to the frustration that comes with matching incorrect inventory items or not knowing what to do with that goo that's in your pocket. The script smartly recalls past secondary references and repurposes them for new and often humorous effects, and at one point, a character's grating silliness actually becomes a clue.

As a result, Technobabylon feels like a real world, mixed with as much mirth as menace. Even the dystopia isn't as bleak as what you'll find in the likes of Shadowrun; for better or worse, it presents a generally believable picture of what life would be like toward the end of the century. True to the zeitgeist, Technobabylon even sneaks in exploratory conversations regarding sexuality and spirituality, but they're never heavy-handed or superfluous. Like so much of Technobabylon, it simply is. These elements come together to make the few choices encountered feel more meaningful, although the events reach the same basic outcomes regardless of the means it took to get there.

The game depicts these events so capably that I find myself half-forgetting that developer Wadjet Eye drenched the whole project in a pixelated aesthetic that seems better suited to The Legend of Zelda: A Link to the Past than the futuristic landscape where the action takes place. The strong voice acting generally helps, as do the expressive conversation windows. (However, as a Texan, I laughed when two characters claimed they could recognize each others' Texas accents. Doctor Regis sounds more like Regis Philbin than anyone I've ever met in my neck of the brush.) It's a simple and increasingly outworn style, but there are stunning shots here nonetheless, such as when the camera rushes up the side of a skyscraper to peek through a hole in a shattered window. People and objects are well-crafted but just blurry enough to make the imagination do the right amount of legwork, and sound effects often pull the weight for what the visuals can't achieve.

It's worth mentioning that, strictly speaking, Technobabylon isn't an entirely new game--its DNA reveals the vestiges of shorter freeware episodes released earlier in the decade. The art style has improved, however, and the mini-games from that era are mercifully gone, but the basic puzzling remains much the same, even if it serves different purposes for the new storyline. This is generally a good thing, as it's given Wadjet Eye the time to clean up cumbersome elements. Some of the associated problems with pointing and clicking remain, however, such as in a room where I had to grab a table's edges and pull it across the room. Minutes passed before I realized that something so simple as the table's edges existed, and then I had to endure the mildly tedious chore of searching for just the right pixels to grab them.

Fortunately, the puzzles themselves tend to find a sweet spot that delivers the right degree of challenge, and the character commentary that pops up when clicking on an item in your inventory or the world wisely makes up for the absence of a hint option. (Or, at least, I don't think there's one. It seemed like there might be hints in the developer commentary, but it repeatedly crashed the entire window every time Wadget Eye CEO Dave Gilbert finished his introduction.) While Technobabylon places a heavy emphasis on picking up objects and using them on something else, it never floods you with items. Many of the game's best ah-ha moments happen when you stop clicking on items in the world and play with matching items in your inventory, which suddenly opens solutions where there previously seemed to be none.

That's not to say that I didn't get stuck. Quite the contrary--I can recall at least four incidents when I couldn't progress for an hour or more, but to the game's credit, it usually sprang from some mistake of my own. I once wasted 30 minutes thinking that I was supposed to throw a sheet over a camera, for instance, and (in a slightly more UI-blameworthy mistake), I didn't realize that a certain object wasn't working in my inventory because I hadn't right-clicked on it. Up until then, left-clicking had sufficed for inventory-related items.

Regardless, I consistently enjoyed Technobabylon. The puzzles are always meaningful, and the story proves that you can teach the aging dog of cyberpunk some new tricks. At times, I found myself genuinely surprised by story developments; at others, I marveled that it kept me smiling through rough patches when another game might have had me switching it off and playing Skyrim out of spite. And when a game can explore issues of sexuality and government surveillance while giving you a plausible reason to use a fishing pole at a crime scene, that's pretty all right. 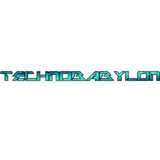 Leif Johnson is a freelance writer who's been a fan of cyberpunk ever since he found a used copy of Neuromancer in a dentist's office in the mid-1980s. For the purposes of this review, he played Technobabylon for about 10 hours, although much of that was just clicking around cluelessly. He wrote this review on a table by the Hermitage in St. Petersburg, Russia.