Tao Feng looks and sounds just fine, but it doesn't have a strong enough fighting system to make it a viable option for fans of the genre.

Tao Feng: Fist of the Lotus is the first game from Studio Gigante, a development house started by Mortal Kombat co-creator John Tobias and a handful of former MK team members. Tobias was widely recognized as the more story-minded side of the Boon-Tobias duo, and you can see some of his penchant for fleshing out a fighting game with some back story here. Unfortunately, the game's sharp graphics and elaborate universe--well, elaborate for a fighting game, anyway--are nullified by its subpar gameplay.

Tao Feng takes place in futuristic Metro-China, which is actually the real estate formerly known as California. Here, two ancient Chinese sects known as the Pale Lotus and the Black Mantis are engaged in a never-ending struggle to eradicate one another. At the moment, the two sides are attempting to recover ancient artifacts that are said to grant immortality. This all ties into the quest mode, in which each sect has one artifact and is attempting to recover the other. Each artifact is broken up into six pieces, and each piece is placed in the care of a particular fighter, so each character's stint in the quest mode will put him or her up against the six rival fighters of the opposing sect. Each fight is introduced by a little background information that describes how the opposing fighter fits into all this. Once all the artifacts have been recovered, you are sent into a six-on-one team battle against the game's boss character, who, in classic Mortal Kombat fashion, is best beaten by simply jumping and punching until he's defeated.

The 12 fighters themselves are a fairly diverse bunch, though each in turn is fairly typical of the sort of characters found in other fighting games. You'll run into characters like Exile, the large, lumbering fighter who appears on the cover of the game, and Divinity, the female traitor who wears an open-fronted outfit that's surprisingly similar to the one worn by Kylie Minogue in her video for "Can't Get You Out of My Head."

Rather than adhere to the standard fighting game system of best-of-three-round matches, the game instead takes a Killer Instinct-like approach, giving each player three meters full of health. When one player's meter empties out, the fight stops for a brief time as the character recovers, and play continues until one player has lost all three life bars. The gameplay in Tao Feng is focused more on strikes and combos than on projectile attacks or any sort of supernatural behavior, though each player does have a supermove or two--usually an unblockable projectile of some kind--that can be used when his or her chi meter is filled. The chi meter can also be used to heal limb injuries, which occur if you block too many attacks and cut those limbs' effectiveness in half. In addition to standard strings of attacks, you can make use of parts of the environment. You can kick off nearby walls for airborne attacks or grab and swing around poles and trees to gain momentum for kicks and so on. The game uses four buttons for strikes--two punches and two kicks. The combos are somewhat Tekken-like in their execution, though they require a bit more precision.

Unfortunately, the game doesn't establish a firm set of rock-paper-scissors-like systems, and the gameplay quickly boils down to the tedious tactic of waiting for an opponent to whiff on a move, executing your most powerful combo attack, and then retreating to wait for another mistake. Many combos don't have a lot of startup or recovery time, making it easier than it probably should be to get another combo attempt started before the blocking player can punish you for failing to land your strikes. All this combines to make the gameplay feel incredibly shallow and very boring, because once you've learned a few basic combos, there's little reason to mess with any of the other moves in your character's repertoire.

Beyond the quest mode, the game also contains the standard set of fighting game modes, including versus, team battle, and training. They all function about how you'd expect, though there's a curious problem in the game's training mode. The game asks you to perform a specific move, but it won't actually tell you how to execute the move unless you bring it up in the pause menu. Considering that most of the players who will go through the training mode probably won't have any idea what something like "trailing punch long form combo" even refers to, let alone which string of button presses is required to execute that combo, this seems like a real oversight on the developer's part. Showing the button presses underneath the name of the move, rather than making you ask the computer to demo the move so you can see what the commands are, would have been very welcome.

Tao Feng's strongest aspect is its appearance, by a long shot. The game has a sharp, crisp look in both its characters and its environments. The animation is passable, and the texture work--which takes a cue from the SNK fighting game Art of Fighting by depicting cuts, scrapes, and bruises on the characters as they sustain damage--is nicely done. The game's environments are pretty cool as well, taking you from a seaside pier, to an arcade filled with humorously titled arcade machines, to an ice-filled cave. The game also makes nice use of some colored lighting and other effects in a few spots, most notably in the rooftop level. The game's camera manages to get in the way of the gameplay at times by shifting perspectives quickly and without warning. This perspective change can move your player from the left side of the fight to the right side and vice versa, which can mean serious trouble if you're in the middle of trying to block an incoming attack, since this turns your block stance into defenseless forward movement. The sounds of the fighting in Tao Feng are good, and the characters' voices, though used sparingly, are also good. The game's music stays in the background and does the job.

Tao Feng looks and sounds just fine, but it doesn't have a strong enough fighting system to make it a viable option for fans of the genre. Players looking for a solid fighting game on the Xbox would be better off sticking with the reigning champions, Mortal Kombat: Deadly Alliance and Capcom vs. SNK 2 EO.

View Comments (0)
Back To Top
6.4
Fair
About GameSpot Reviews 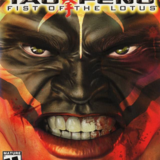 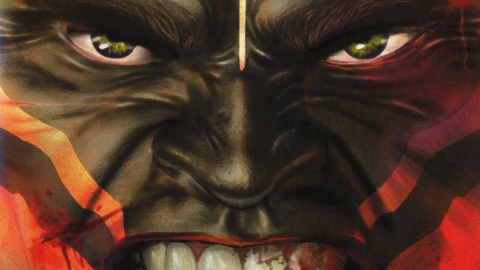 Tao Feng: Fist of the Lotus

Tao Feng looks and sounds just fine, but it doesn't have a strong enough fighting system to make it a viable option for fans of the genre.

6.7
Sign In to rate Tao Feng: Fist of the Lotus