Tales of Zestiria reinforces the notion that the Tales series is the Law and Order: SVU of video games. Both series have long held middle-of-the-road stature in their respective medium and genre. Their audiences count on recurring elements and character archetypes episode after episode, and their creators know that they can keep fans captivated with just a modicum of variety in their storylines, while moments of buzzworthy excellence are hard to come by. Zestiria bucks this trend, however, with its battle system, which is enthralling enough to warrant the attention of any Tales fan.

Zestiria’s story differs from other Tales games due to its otherworldly beginnings. The introduction of protagonist Sorey and his adoptive brother, Mikleo, is reminiscent of the angelic characters presented at the start of Dragon Quest IX. Mikleo is part of the seraphim, a race of angelic monk-like beings who oversee Glenwood, the world setting of Zestiria. Sorey, meanwhile, is an orphaned human raised by seraphim, who has never experienced life beyond the safety and isolation of his idyllic village. A chain of events motivates him to return to the lands inhabited by humans, many areas of which have since been corrupted by an evil presence known as the Malevolence. With Mikleo by his side, Sorey discovers that his sheltered upbringing and strong moral code make him an ideal candidate for the role of world-cleansing savior known reverently as the Shepherd.

It’s an uninspired set-up; it’s hard to imagine that anyone raised by angels and isolated from the sins and temptations of other humans would not be pure of heart. Sorey is a suitable protagonist, a clean slate of a teen hero whose "aw, shucks" modesty isn’t nauseating as long as you remind yourself that one of Zestiria’s target markets is young-adult anime fans. If you need further convincing, just look for the unsophisticated comedy skits and the boy band-inspired gestures of outstretched arms and clenched fists after emerging victorious from battle.

As with almost any Tales ensemble, expect to find predictable contrasting and complementary personalities rather than nuance in team chemistry. A part of me hoped that Sorey and Mikleo’s relationship would echo the brotherly rivalry of Yuri Lowell and Flynn Scifo from Tales of Vesperia. Yet given Sorey’s destiny as a chosen savior, Mikleo is simply at his side in a support role. As a veteran guide to past Shepherds, the white-haired Lailah is a vapid character who is incredibly selective about what advice she gives Sorey, since he needs to discover certain aspects of being a Shepherd on his own. Alisha is one of the more intriguing cast members. The emphasis of pink and white in her character design echoes Lightning from Final Fantasy XIII and her complicated background as a rebellious princess brings to mind Ashe from Final Fantasy XII. Given her mother’s low social status, Alisha’s lack of ruling power has made her take stock of her sense of self and direction. Her involvement with Sorey’s cause gives her purpose in Zestiria’s first 15 hours. As a knight, she holds her own in battle, as does the soldier-turned-assassin Rose. As an experienced killer, Rose sees her role in the party as its sole bloodletter. To be more specific, she chooses to be kill so that Sorey can remain a pure, good-hearted Shepherd.

Zestiria’s exploration and progression unsurprisingly sticks to the traditional JRPG flow. If you’re not in a dungeon, you’re in a town or in the often hostile open spaces. The structure is as cliched as it comes, though it doesn’t necessarily make the time spent exploring a new area predictable. What seems like a half-hour visit to a new town--complete with obligatory conversations with its citizens and the looting of their homes--can unexpectedly extend into a three-hour chapter filled with surprise sub-quests and plot developments. It also helps that many of these settlements have their own form of dungeons. A city might have a hidden sewer unbeknownst to much of the townsfolk, or certain towns will have an expansive mansion filled with enemies. These are a welcome break from the more common dungeons you find isolated in a far off corner of your typical JRPG continent.

Speaking of the exploration, Zestiria boldly foregoes the series’ overworld area in favor of portraying the hero (i.e., the party) proportional to his surroundings. Unfortunately, having the camera closer to ground level exposes the sheer blandness of typical Tales environments. The vistas here are muted sheets of patterned fields and flat bodies of water. It makes Zestiria on the PS4 feel like a disappointingly unenhanced port of the PS3 version.

The lack of exploration-to-battle camera cutaways marks a meaningful visual change in Tales battles not seen since the series’ evolution beyond the 2D plane over a decade ago. The places you explore also become the battlegrounds. The results, however, are less than perfect. Indoor areas can create crowding in corners and annoying camera angles, but this isn’t a huge issue given that it usually occurs only during skirmishes against lesser enemies. In other words, you don’t necessarily need to be fully aware of your surroundings to survive.

Until recently, the Tales battle systems mostly relied on the execution of directional fighting game-style controls. It’s what drew many fans, including myself, to the series in the first place, thanks to Tales of Destiny on the original PlayStation. Tales of Zestiria signals a minor yet notable shift in Tales combat, in that thoughtful preparation is often more important than skill and dexterity during the fight itself. It’s never been easier to win a non-boss battle by simply spamming two of the most used attack buttons, provided you’ve optimized your party using every combat-related submenu. Tales vets will recognize the suite special abilities in the Artes tab as well as the Strategy section, which always struck me as a crude and dumbed-down version of the Gambit system from Final Fantasy XII.

The centerpiece of all this prep work lies in the party’s equipment, which have elemental affinities of their own. It’s meaningful that a piece of gear in Zestiria has a life beyond its initial form. You can get a lot of use out of a waistcoat or a pair of boots long before they’re worth selling to a shopkeeper. Frequent use of a single sword enhances it over time and it can be fused with a similar type of weapon to create an even greater sword. There’s also an engrossing sense of alchemy to fusing gear. It’s not uncommon to buy weapons that never see combat in their basic form since some of them are meant to enhance more experienced weapons through fusion. Deep customization is almost never a bad thing and I struggle to think of another Tales game that allows the player this high degree of personalization.

Unfortunately, having the camera closer to ground level exposes the sheer blandness of typical Tales environments.

Having multiple seraphim in your party isn’t like having a mere bunch of angelic cheerleaders. Imbued with distinct elemental powers such as fire, water, and earth, each seraph can fuse with Sorey, temporarily boosting his skills in battle. It’s an inventive method of making every party member feel involved in a single encounter. Using elements in combat almost always means there’s a brain-teasing rock-paper-scissors dynamic against enemies and this certainly applies to Zestiria.

Even when seraphim are unpaired, they’re still meaningful contributors in battle. And if their health reaches zero, they can rejoin the fight after a couple dozen seconds spent self-healing. This, in turn, can provide a perpetually rotating roster of revived seraphim, increasing your chances at success in what would’ve otherwise have been a losing fight. If you do fail, it’s most likely because you didn’t place enough emphasis on a specific element to counter a particular boss’s affinity. This forces the player into an uninspired trial-and-error mindset of fighting elements with elements. So if there’s any gratification to be found, it is in emerging victorious from a boss battle after your first attempt. And by powering up Sorey into what is essentially a Super Saiyan form, Zestiria again doubles down on the series’ anime influence and appeal.

Every good series has its "gateway" games. From Call of Duty 4: Modern Warfare to Assassin’s Creed II, such key releases are the most welcoming installments to newcomers. What makes the Tales series unique is that every game in the series has gateway-level accessibility, which is both good and bad. Tales of Zestiria is emblematic of this homogenization, in the interest of pleasing those fans who find comfort in all the recognizable elements that make up a Tales game. The series has lasted as long as it has because every installment has had at least one standout feature. For Zestiria, it’s the chances the studio took with its battle system, even if its unusual design stands out more than its actual depth. You remove this feature, and you have a by-the-numbers Tales game. As far as the Tales series is concerned, there’s no overestimating the value of familiarity, which is why "comfort food" is a term often used to describe it. 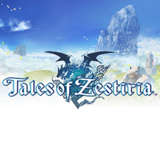 It took Miguel 65 hours to beat Tales of Zestiria which included time spent with the game’s optional content. He beat six Tales games prior to this review. If you described a Tales plot in one sentence, he might be able to tell you the name of that Tales games. 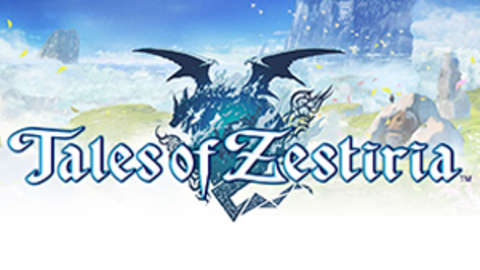 Tales of Zestiria is a role-playing game from Namco Bandai that has players delve into a grand storyline and discover the zest of adventure with brand new characters, magical lands, and action-packed gameplay.