Tales of Vesperia is the best game yet in the series, and a beautiful and entertaining RPG in its own right.

Tales of Vesperia radiates beauty. This role-playing game's most obviously inspired facet is its vibrant visual design, but even if you were to overlook its pretty exterior, you'd find more beauty tucked away in almost ever corner. The characters are vividly crafted, the dialogue rings truer than you'd expect from a Japanese RPG, and the involving story is intricate without becoming overwhelming. Of course, Tales of Vesperia is a game, not a film, so you'll be delighted to know that it's also a long, entertaining journey filled with flashy combat and all the gameplay elements fans of the Tales series would expect. It might feel a bit overfamiliar at times, but by tightening up the battle system and keeping the pace brisk, the developer has produced a truly great sequel that any RPG fan can get into.

The game's star is Yuri, a well-meaning troublemaker living in the capitol's lower quarter. Devices called blastia manage the world's magic needs, from monster barriers to mystical weapons. When a thief steals the core of the blastia that regulates the neighborhood's flow of fresh water, Yuri sets off to recover it, only to find himself caught up in a game of politics and class struggle. As he treks across forests and deserts, Yuri and his trusted dog Repede bring various friends into the fold. There's the naive Estelle, a castle noble who finds she has the most to lose--and the most to gain; Or the insufferable Rita, a headstrong magic researcher who keeps getting drawn into the drama in spite of herself. One by one, the core cast builds, yet each character possesses unique charms, and you will care about their struggles. This may be a simple variation on the genre's prototypical journey of self-discovery, but the terrific cast keeps the story fresh and fascinating. Even small touches, such as the end-battle celebrations, brim with charisma.

It helps that the dialogue, while not without occasional clumsiness, is translated rather well and gives each party member clear motivation and personality. Quiet moments between Estelle and Yuri are heartfelt, while the banter between Raven and his traveling companions is amusing and generally unforced. The script's best bits come courtesy of the game's skits, in which the characters, represented onscreen by talking-head portraits, interact, complain, and otherwise comment on recent events. Newcomers to the series may find the skits visually jarring, given that the basic 2D images don't mesh well with the lush backgrounds and cel-shaded character models. Nevertheless, the skits are a series staple and deliver plenty of character motivation, humor, and story tidbits. And because you have to press the back button to view them, you don't need to watch them if you don't want to.

As you traverse the lands of Terca Lumireis, you'll find no shortage of eye candy to gaze at. Tales of Vesperia's art style is its most striking feature, and at first you may be inclined to compare it to 2007's luscious Eternal Sonata. There are similarities, but Tales takes a less fussy, more muted approach. Environments look vibrant but clean, though that doesn't mean they lack detail. You'll explore countryside villages, a derelict ghost ship, and a tall clockwork tower, among many other locales, and each is visually interesting while remaining consistent with the overall look. The game makes good use of soft lighting and understated cel-shading, and character models are crisp and animated well. Not to be outdone, the musical score uses a variety of moody harp tunes and rousing electronic themes that complement the visuals. The English voice acting, often a source of worry among RPG fans, is pretty good, though the overzealous female voice artists do grate from time to time.

Presentation can take a game only so far, yet Tales of Vesperia also plays well, partly because the game keeps moving forward at a nice clip. Towns are relatively small without being claustrophobic, so while you can chat with the townsfolk and stock up on healing gels and new armor, you won't need to navigate unnecessarily sprawling cities or endure collection quests and other needless filler. At over 50 hours it's still a long game, but the good balance between story exposition and gameplay keeps the game from getting tedious.

The combat proper is par for the course for a Tales game, though it has been tightened up to make for a more compelling experience than before. Battles are in real time and confined to a nice-sized battlefield, and you have a few different options of how to approach them. Most players will take the default approach, letting the game auto-target an enemy while they hammer the B button to perform standard attacks and press A along with the left stick to execute magic attacks called artes. Most battles can be won this way without much effort, and that missing challenge is an issue that has plagued the series for years. However, because the easier encounters control so smoothly and look so lively, they feel more compelling than in prior games. But don't expect a total cakewalk, as later on you'll encounter some tougher enemies that require some extra effort, and the boss characters are a legitimate challenge throughout. At these times you'll benefit from free movement (executed by holding the left trigger) and good use of items and artes.

You'll usually be accompanied by three AI-controlled characters in these battles, and they hold their own marvelously without much tweaking. However, players seeking out variety will find plenty of ways to mix up combat. You can adjust the behavior of your teammates, switch out the various party members, and control the character of your choice, which gives you a chance to play with a bunch of artes and weapons. Battles are further enhanced with other combat tweaks, such as overlimits and burst artes. You fill your overlimit gauge by attacking and being attacked, and once the gauge is full, you can attack without pause and even execute powerful burst artes, which can be chained together into exciting, flamboyant displays of power and particles. Or, if you're fortunate, you could execute a fatal strike with a well-timed button press, which can mean instant death for the unsuspecting spiked tortoise on the receiving end of your axe.

Other Tales gameplay staples are here in various forms, such as cooking and a battle arena. As you explore, the Wonder Chef (who simply must get his own show on the Food Network) will dole out new recipes that you can use to temporarily enhance various stats between battles. You will also accumulate and improve artes as you level, and even learn new ones from the various weapons you equip. Other gameplay elements add further variety, from simple puzzle sequences involving gears to keeping your water canteen full as you travel through the desert. None of these sequences are groundbreaking, but they're executed well and fit nicely into the surrounding bits without bringing gameplay to a screeching halt.

At its core, Tales of Vesperia isn't very different from its predecessors, but it's easily the best game in the series thanks to its great cast of characters and clever balance of storytelling and gameplay. It's beautiful, it's engaging, and it's fun, and while it won't challenge your combat prowess, it will challenge what you should expect from a modern RPG. This is, by any standard, the best recent example of how an aging series can be updated for contemporary consoles while still delivering what fans expect.

View Comments (15)
Back To Top
8.5
Great
About GameSpot Reviews 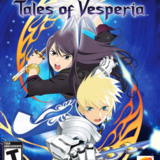 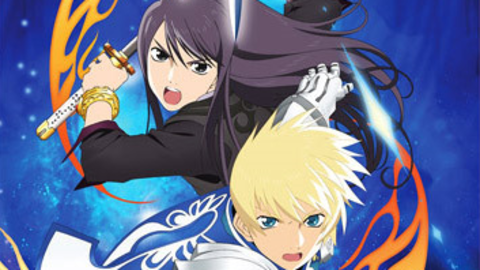