Tales fans will enjoy the familiar faces, but for everyone else, Radiant Mythology is just another formulaic RPG.

If you are a fan of the Tales series, you'll probably find some things to like about Radiant Mythology. A good number of characters from the previous games make an appearance, so if gratuitous references and wink-wink, nudge-nudge cameos are your thing, you'll certainly get your fill. For everyone else, it's a serviceable role-playing game that skates by on humor and personality but can't deliver a truly compelling story. The combat is equally drab, borrowing its core elements from last year's Tales of the Abyss but stripping them down to the barest button-mashing essentials. It's not bad, but it's cliché, and clearly meant to appeal to franchise fans willing to overlook its shortcomings in favor of in-jokes and familiar faces.

You begin by creating a character and customizing his hair, face, and other physical characteristics. You must also choose a profession, though you can change it later if you like. Once done, you're dropped into the world of Terresia, where you were just born--fully developed--to the kingdom's world tree in a ceremony best left to the imagination of botanists the world over. In any case, you're a protector whose sole purpose is to defend the kingdom from an evil world-devouring demon. You're joined by feline-faced Mormo, one of the most aggravating characters in RPG history--sort of the Jar-Jar Binks of high fantasy. The main story is a chestnut, so any entertainment value you get from it is from the random hysterical dialogue you get treated to. Luckily, there's plenty of it, and while there aren't many laugh-out-loud moments, the dialogue is amusing and enjoyable.

Almost as if to remind you that the story is not all that great to begin with, Radiant Mythology sends you on a succession of fetch-this, kill-that quests that only generally relate to the main narrative. As a member of the secret society of Ad Libitum, you'll receive random missions that toss you into dungeons for the purposes of killing monsters, collecting stuff, or finding missing townspeople. You'll need to fulfill these quests for a number of reasons, not the least of which is to unlock story quests that move things along. Of course, they're good for grinding levels too, but more importantly, you need to earn fame points, which garner you a reputation and allow you to recruit up to three other party members before heading into a dungeon. The higher your fame, the better your chances of recruiting a high-quality member, though as long as you take on a few random guild quests before heading into the next story mission, you won't have difficulty pulling a decent team together.

The combat itself is real-time, but with a twist. As in a more traditional turn-based RPG, you initiate encounters in dungeons by making contact with roaming creatures, which takes you to the battlefield. Everything within the battlefield takes place in real time, though you can modify things in a few different ways depending on your preferences. Firstly, you can set the behavior of your battle companions, such as which enemies to target, or how reliant they should be on artes (the rough equivalent of spells and skills). You can also take control of any of them within battle, so if you are bored of your own character or want to try out one of the other professions before taking the plunge, you can test out one of the other party members in the field. Once you decide which character you wish to control, you can set it to manual control, or semiautomatic.

Neither combat option is all that great, though. The game defaults to semiautomatic, in which an enemy is auto-targeted, and pressing the X button will move your character toward the target and initiate attack. It's easy but it's boring, since you can complete at least half of your enemy encounters simply by mashing X and never paying attention to the screen. If you like a little more control, you can choose manual combat, but it's even more problematic. The camera tends to move around a lot, and the controls in this mode are a little stiff, so it's a pain just to get your weapon to make contact with enemies.

Thankfully, there are other ways of mixing things up. You will earn new artes as you press forward, and they are easy to perform by using the D pad and circle button. You also need to pay attention to the overlimit meter, which fills over time as you defeat enemies. Once the meter is full, you can go into overlimit mode, which adds extra power to your attacks as it depletes the meter. You can also perform a unison attack when the gauge is full, though you will need to set up your party's artes in advance. In a unison attack, you have a few seconds to press the corresponding button for each character's assigned arte, and they will all attack the target using that arte at the same time. Yet in the end, as long as you complete a few extra guild quests here and there, you'll never struggle with any of your foes, so you are in control of how much variety you experience. It's nice that you get so many ways of setting up and handling your party, but when you can coast through most battles by repeatedly mashing the same button without ever worrying about artes, items, or even directional controls, it just feels like the responsibility of making combat fun and interesting was pawned off on the player.

Outside of battle, you can cook and craft items much as you could in other Tales games. It's a fun diversion at times, and you may be inclined to head back into dungeons for the items you need to make more of that yummy potato salad. In fact, leveling up these skills is much more fun than leveling up your character, since with crafting levels, you can see exactly what reward you're gunning for at the next milestone, as opposed to the automatic and arbitrary upgrades granted by the standard leveling. You can only hold up to 15 of any particular item in your inventory, though, which is a pain when you're out on a particularly lengthy dungeon crawl and taking the time to gather materials.

Radiant Mythology is a colorful and attractive game. When battles are in full force, the screen fills with vibrant particles and other vivid effects. The character portraits shown during dialogue also deserve special note for their side-splitting facial expressions. The dungeons aren't designed with much variety, but what is there looks nice, and the monsters that inhabit them are detailed and animated well. The sound design suffers a bit by comparison, mostly due to the incredible amount of spoken dialogue jammed onto the disc. None of it is done that well, and in some cases, such as with the generally irritating Mormo, it's downright excruciating. Other effects are fine, though, and the soundtrack is pleasant enough, if not exactly a standout.

Fans of Tales games will probably get a kick out of Radiant Mythology, as well as be more willing to overlook its flaws. If you aren't familiar with the series, though, this is not a good place to start, since watching Mormo get on a cranky Leon's case isn't as amusing to newcomers as it is to those who already know who Leon is. In fact, Radiant Mythology is the video game equivalent of fan fiction: familiar characters dropped into a formulaic story meant to elicit giggles from aficionados. Everything else is just the standard RPG rigmarole. 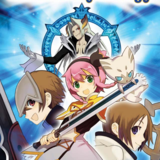 Tales of the World: Radiant Mythology
Follow
$19.99 on Walmart
Buy 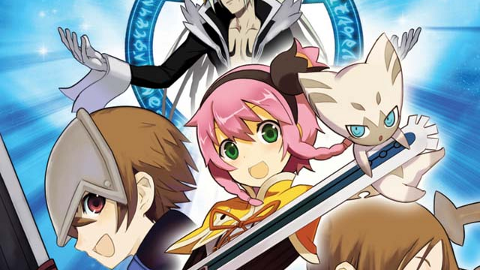 Tales of the World: Radiant Mythology

Tales of The World: Radiant Mythology, the latest in the Tales of the World spin-off series, allows players to create customized characters and employs the Flex Range Linear Motion Battle system from Tales of the Abyss.

8.2
Sign In to rate Tales of the World: Radiant Mythology