This good-looking little role-playing game spawned a whole series back in the '90s, and it still holds up well today for the Game Boy Advance.

The Game Boy Advance is where 16-bit games from the 1990s are reborn, and the latest example is Tales of Phantasia, a role-playing game originally released for the Super Famicom. It was successful enough in its day to spawn a long-running series (leading up to the recent Tales of Legendia), but the original game has never been published in North America until now. Today, Tales of Phantasia still distinguishes itself with its action-oriented, side-scrolling battle sequences. Other than that, it's a pretty standard RPG filled with random encounters that drag down the pacing and pad out the playing time.

Tales of Phantasia is the story of Cress, a teenager who one day happens on something unusual while out on a hunting excursion with his best friend. By the time he returns home, his life will have changed forever, so he embarks on a journey to right the wrongs of the present by changing the past. His quest will be joined by several other colorful characters, and together they'll learn magic, form pacts with elemental spirits, take sides in a brewing political struggle, and more. The story in Tales of Phantasia touches on a lot of the same types of themes and plot points that you've probably experienced in a whole bunch of other similar games, but as in those cases, it all works. The dialogue is pretty good, and the characters are likable enough that you'll want to keep playing to find out what happens. The game isn't very heavy on plot, though, instead making you spend most of your time exploring, conversing with villagers, solving puzzles, and of course, fighting.

The combat system seems purposely intended to defy role-playing conventions. Rather than take turns trading blows with your enemies, battles in Tales of Phantasia are action-oriented, putting you in direct control of Cress. You can perform a variety of strikes using the attack button in combination with the D pad, and you also learn more and more special techniques as the game progresses. It's possible to chain special moves off of regular strikes, so you can effectively create your own combos with which to mince up your enemies. Meanwhile, your companion characters will automatically support you with magic and other abilities. You have the option to put Cress under computer control and to manually select techniques for your companions, but you'll probably wind up leaving your companions to do their thing while dishing out damage with Cress' close-combat moves. Not only is this combat system refreshingly action-oriented on first impression, it's also good-looking, since there's a lot of nice detail in the characters and backgrounds, and plenty of animation.

Some number of hours into the game, though, the combat starts to wear thin. In most cases, the action-oriented nature of the fighting replaces the need for any strategy, so you'll plow through one identical fight after another, getting stronger as you go. The game definitely has its share of challenging battles, but it tends to be easy to find and exploit your enemies' weaknesses and pin them down with a nonstop slew of attacks. Probably the most frustrating thing about the battles, though, is how frequent they are and how precious seconds are wasted at the end of each one as your characters strike a pose. In the game's numerous dungeons and caverns, you'll regularly run into packs of enemies, and it gets to the point where watching your characters' victory poses takes just as long as slicing through the enemies in the first place. The action also freezes up whenever a big spell is used, which further contributes to that abrupt, staccato feel. It may be the action-oriented nature of the battles that makes it so easy to become impatient toward all the fighting, but at any rate, you might find yourself fleeing from trivial battles simply because it's quicker to run away than to stand and fight. The combat in Tales of Phantasia is fairly unique in its implementation, but in the end, it's not better or more satisfying than what a lot of other RPGs have to offer.

Tales of Phantasia does a solid job with the rest of its RPG trappings. There's a lot of different equipment and items to find and use, and each one has its own unique picture and description, giving you the sense that this is real stuff and not just ways to upgrade your stats. For example, you can clearly see which type of weapon Cress has equipped while in battle. You'll get to visit a bunch of different towns and shops, sail the high seas, and fly through the skies. You can even learn to cook a whole bunch of different meals, which is a goofy extra.

This is a big game that could easily take you 20 or more hours to complete. Then again, the world map feels a bit compact--you can walk from town to town or across a continent in just a few seconds, not counting all those random battles. Also, Tales of Phantasia is probably a little more open-ended than most Japanese RPGs, though this can be both a blessing and a curse. You might appreciate having access to multiple side quests at once, but you won't much care for situations where you don't know or remember exactly what you're supposed to be doing. There's no quest log or easy way to get a reminder of your next objective, which can be a problem if you take a break from the game and don't quite remember where you left off when you come back. So if you overlook an important detail in a conversation or forget the name of the place you're supposed to go to, you might end up wasting a lot of time wandering about, looking for the next plot point.

Pleasant but forgettable music and a good bit of digitized speech accent the game's attractive presentation, which helps make the whole experience more engaging. These superficial aspects of the game have held up quite well, and the underlying action can still be pretty fun, too. Tales of Phantasia is ultimately well suited to fans of similar games who might have missed out on this one in its heyday. 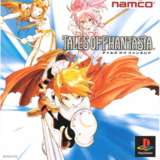 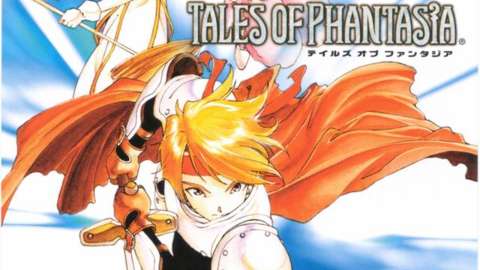