Unbalanced difficulty and other issues cast a shadow on Tales of Graces f, but deep combat and endearing characters still shine through.

Friendship is a fairly common theme across games in the Japanese role-playing genre. You might call it cliche to center a game's story around the bonds that form between an ensemble cast of misfits on a grand adventure, and you would not be wrong. Yet here arrives Tales of Graces f, a game that harps on those very themes while managing to avoid the pitfalls so many stories have fallen prey to in the past.

The story centers around Asbel Lhant, the young lord-to-be of the Lhant territories. After finding a mysterious girl with amnesia, Asbel sets out with his younger brother Hubert and obvious love interest Cheria to restore his new friend's memory. Any veteran of the genre likely let out a heavy and exasperated groan at that description, but surprisingly, it works.

The saving grace comes from how the story in Tales of Graces f is divided. An opening prologue sets the stage with Asbel and company mere children no older than 11. At that age, falling into such archetypes is understandable. However, after several hours of prologue, the story jumps ahead seven years, rejoining the characters as they approach adulthood.

It is one thing for a game to introduce characters as former childhood friends, but it is another thing entirely to let you experience that childhood. The prologue, though the weakest part of the story on its own, becomes a crucial point of reference even late into the game, informing actions and adding welcome depth. That depth is further expanded through the plentiful skits, a mainstay of the Tales series. These skits do wonders for fleshing out characters and locations, not to mention adding a much appreciated dose of humor and charm.

For the majority of the game there is no world map per se. Each part of this world--every city, road, and dungeon--is made up of the same types of connected routes and sections. The result is a world that feels smaller than the worlds in past Tales games, but also more cohesive. When a larger city is found, its size is all the more apparent as gates eclipse the mountain road you walked up to reach it. A map is eventually obtained late in the game, allowing easy travel to complete side quests, so completionists need not worry.

Combat is slightly altered from past games in the Tales series. Where once there were both standard attacks and artes at your disposal, the former has been removed entirely in favor of a system of A-artes and B-artes. B-artes will be most familiar to series veterans; you can customize which attack corresponds to the circle button in conjunction with the different directions of the analog stick. A-artes, on the other hand, are performed with the X button and provide a complex and progressive combo system. Which A-arte is performed depends not only on the direction pressed, but also on how deep you are in a combo. While this adds some welcome depth to the combat, it can become a hindrance later on because enemies can easily block or counter when the attack you might need to perform to target their weakness may only be available three hits into a combo.

Because all attacks fall under the umbrella term of artes in Tales of Graces f, characters no longer have a pool of spell points to draw from. Instead, each character's constantly replenishing command points (CP) dictates how many attacks can be strung together. The result is a renewed emphasis on blocking, as you alternate between an offensive stance and a defensive stance when waiting for CP to recover. However, blocking has additional benefits, with colored auras granting higher critical hit rates or even unblockable attacks depending on how long the block button is held. Tales of Graces f has the most technical and robust combat system the series has yet seen, making it a departure from the easier-to-grasp Smash Bros.-esque combat of past games.

New artes and skills are earned through titles, of which there are hundreds in the game. Titles offer yet another level of strategy in character development. Do you focus on titles that grant new skills, or ones that strengthen the artes you already have? Or do you forgo offensive abilities and level up titles that grant passive elemental resistances or character stats? Only one title can be equipped at a time, but bonuses carry over regardless of which is in use, encouraging you to experiment and find the right balance for your play style.

Tales of Graces f unfortunately suffers from painful issues stemming from its unbalanced difficulty. Standard enemies typically offer a fair challenge and can be confronted or avoided on the world map as you see fit. However, avoiding enemies isn't really a viable option, because the intense spike in difficulty that comes with each boss battle can only be managed if you grind for experience from every enemy you see, and beyond. With an uncanny knack for one-hit kills and an often endlessly respawning supply of minions, bosses can quickly become insurmountable road blocks. The need for old-school level grinding is at odds with the progressive design of making enemies avoidable on the map. It all makes for a difficulty curve that is bizarrely inconsistent at best and poorly designed at worst.

In many ways, playing Tales of Graces f is itself a parallel to the game's theme of friendship. Like getting together with an old friend, there are awkward moments when you must become reacquainted before the familiarity sets in. It's an often troubled friendship, too, with the difficulty spikes from bosses threatening to end the whole relationship on multiple occasions. Pushing through these hardships may be unpleasant, but it's worth persevering to see this charming tale through to its conclusion. 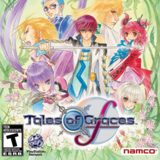 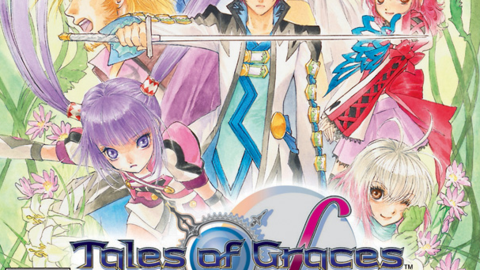 The new tale of the Tales of Grace series comes to PS3.