Takedown: Red Sabre should be taken down from the Steam servers where it is currently being sold for $14.99. This alleged tactical shooter from developer Serellan is unfinished and broken, with playability problems everywhere you look. Idiotic enemy AI, hilariously busted rag-doll animations, crippled multiplayer, absurd single-player difficulty, and some bugs make the game nearly impossible to play, let alone enjoy.

At first glance, Takedown: Red Sabre seems to be a standard tactical shooter, complete with both solo missions against computer-controlled terrorists and various multiplayer modes where you can team up with buddies to take on foes. The game is being billed as a close-quarters shooter heavy on SWAT-style realism, where planning your moves is vital if you want to avoid getting one-shot killed by enemy tangos.

But you don't get what you expect. Takedown: Red Sabre is clearly incomplete. While the game does cover the bases pretty well when it comes to the sheer number of modes, maps, and weapons, nothing works as it should. Single-player is a joke. The five maps (plus two rudimentary training levels where you can practice shooting and simplistic tactical maneuvers, like opening doors and leaning to look around corners) and three modes of play--including a Mission option with campaign-like goals and multiplayer-style Tango Hunt and Bomb Disarm--should give you a lot of gameplay, but a host of problems constantly get in the way.

Enemies either shoot more erratically than Star Wars stormtroopers from close range or unerringly nail you in the head from such distances that you can't see them.

Enemies either shoot more erratically than Star Wars stormtroopers from close range or unerringly nail you in the head from such distances that you can't see them. They also possess either really thick skin or some resilient body armor, because you can hit them with three or four point-blank shots in the back or chest and still watch helplessly as they shoot you in the face. There is no assistance from your squadmates; they simply run along behind you most of the time. There is no way to issue orders to them, either. All they are there for is to provide ready bodies to take control of when you get blown away, and to yell out things like "Eyes on tango!" about enemy contact, since they have far better vision to spot foes than you do. That great eyesight doesn't make your buddies any good in combat, however; most of the time they just shout out that they've spotted an enemy and then stand still doing nothing until the enemy kills them.

Baddies also tend to forget that you're there just seconds after they spot you, although in the heat of engagements they are smart enough to seek cover most of the time, and even flank you on occasion. Still, they tend to ignore wild gunfights just feet away from their patrol routes. You can empty three or four SMG clips, echoing all over the middle of a huge factory, only to hear some enemy goon say, "What was that?" as if he'd overheard nothing more suspicious than a careless footstep. Foes are even laughable in death; atrocious rag-doll animations turn them into awkward piles of limbs or cause them to keel over in midair as though they're leaning against invisible walls.

Maps are all pretty squashed, with narrow corridors and rooms, which forces you into a lot of close-up firefights. The levels--all generic killing floors from hundreds of past shooters, such as a lab, a factory, and a cargo ship--cause deaths to be frequent. You die more often if you proceed cautiously, because of the sheer number of enemies in each level and their incredible accuracy with their weapons from long range. You're best off to close with them quickly and murder them from close quarters, or to move very, very slowly and snipe foes every few steps. There just aren't enough options. You can't do anything tactical aside from lean around corners (which is essentially useless, since you don't lean far enough out to see anything or squeeze off a good shot), and the inability to give your squad members any orders makes it nearly impossible to see much success with a measured, tactical style. Play this one as if it's the Rainbow Six clone that it clearly aspires to be, and you will find your whole squad getting mowed down every other room.

At times, you can't even experience any of the above. Solo matches occasionally come to a sudden halt with the game saying that it has been disconnected from the server. Missions sometimes hit this problem and boot you to the main menu within a couple of minutes of starting, and sometimes this problem holds off until you're nearing the finish line. You can't save matches in progress, either, making these disconnections game killers that send you back to the beginning.

This is a game that should not have been released in its current state, and is certainly not one you should waste your time and money on.

Multiplayer would seem to hold more promise. Again, for the price, you get a reasonable amount of content, including five maps and a good variety of co-op and versus modes of play. But multiplayer hasn't been finished, either. The game features support for direct IP connections and a browser where you can look for matches, but few people are playing, and bugs make it tough to maintain connections. You get dropped during games, and servers in the lobby menu appear and disappear at random, giving off error messages telling you to open router ports that are already open. Getting into online matches is a hassle, because the servers are always playing hide-and-seek.

Matches are also tough to handle when playing multiplayer. In an apparent attempt at realism, there are no visual cheats to help you distinguish friend from foe during matches. There isn't even an option to switch on the typical floating name or team color above other players. That makes the multiplayer brutal and unforgiving unless you're a hardcore tactical shooter fan with a microphone who has lucked out and stumbled into a game with equally dedicated players. And the game lacks typical online shooter frills. It doesn't even track player game stats. Nor can you do something as basic as set up a private game by password-protecting a server.

There is nothing in Takedown: Red Sabre that would encourage even the most middling sort of recommendation. Even the sound quality is awful. Weapon fire sounds as if it's coming from everywhere, making it impossible to locate enemies shooting at you by the sound, even when they're blazing away with something as loud as a combat shotgun. This is a game that should not have been released in its current state, and is certainly not one you should waste your time and money on.

View Comments (2)
Back To Top
2
Terrible
About GameSpot Reviews 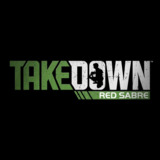 Brett Todd has reviewed more bad games for GameSpot--and awesome ones too--than he cares to admit. 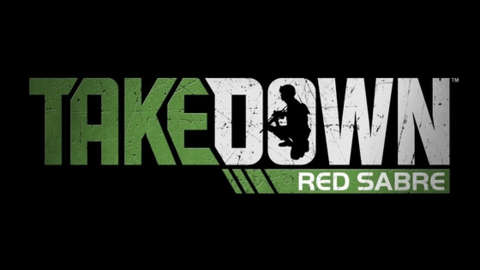 TAKEDOWN is a thinking-persons shooter. The player that takes things slow, aims carefully, and plans their moves right will overcome the player who runs in with guns blazing