It's a good rental for die-hard players and a decent purchase for newbies and young players.

At first, T'ai Fu smells suspiciously like a moneymaking video game clich&eacute;: It contains cute animals that know martial arts. (Mutant turtles, anyone?) Usually, when companies use this approach to cater to consumers, gameplay quality often takes a back seat to marketing. This was the mindset this reviewer had as he began playing, searching for any flaws that would expose it as kiddie fodder.

Sure enough, T'ai Fu started off that way, but after several hours of play, it began to prove otherwise. Although on the easy side overall and geared toward the younger set, T'ai Fu can be enjoyable for any player who gives it a chance.

T'ai Fu won't win any awards for originality. It's a conglomeration of the simple fighting/adventure style of Final Fight, the 3D overhead perspective of Pitfall 3D, and the cutesy scenery and characters of Crash Bandicoot. The main character, a fighting tiger named T'ai Fu, who hopes to exact revenge on his dragon oppressors, explores 24 3D levels ranging from forests to temples. T'ai Fu rarely strays from the fighting/adventures genre formula: Fight some bad guys, pick up power-ups, then repeat as necessary until a boss appears. The game has a simple moves-and-combo system: jump, attack, grab and block. You can also crouch, taunt, and use magic using the shift buttons. The control is both decent and responsive; plus, every move winds up having some useful purpose. After time, T'ai Fu learns advanced combos and techniques, like roll attacks, super jumps, and fireballs. With all this said, T'ai Fu is best reviewed as two halves of a whole. The first half, frankly, stinks. The level action gets monotonous, the bosses are a joke once you find their weaknesses, and enemies crumble too easily from mindless button-mashing. It would be tempting for many reviewers to pass judgment at this point and brand T'ai Fu kiddie fodder.

But after the game's halfway point, as he gets more moves under his belt, T'ai Fu becomes more complex. At this point, levels suddenly incorporate more puzzle- and jumping-based elements to spice up the gameplay variety. The monsters (especially starting at the monkey levels) get a bit feistier, and T'ai Fu must use his wide assortment of techniques, acquired throughout the game's first half, to beat them. The level layouts get less linear and a shade tougher, mainly by offering more places to fall and die. Indeed, the latter half of the game showcases T'ai Fu's strengths in this genre.

T'ai Fu's graphics, on the whole, are neither shabby nor revolutionary. T'ai Fu seems to float a bit on the 3D environments, but that doesn't detract from gameplay once you get a feel for the control. What does hurt the gameplay is the camera, which is occasionally jerky and too slow to keep up with T'ai Fu. The game's level-bridging cinemas are done much like those in Metal Gear Solid: They are generated on the fly, using voices rather than text. The quality of the presentation makes up for the unoriginal plot: Just guess what fighting style the drunk monkey uses....

Unfortunately, the game's largest flaw is that it is just too easy overall. It's very possible to blow through it in a day, with extra lives to spare, despite the "tougher" nature of the game's second half. This balance seems geared toward young players rather than veterans.

Admittedly, this game doesn't make a great first impression, but as T'ai Fu's fighting skills improve, so does the gameplay. It's worth running through once. It's a good rental for die-hard players and a decent purchase for newbies and young players. 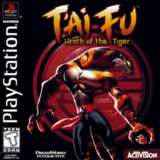 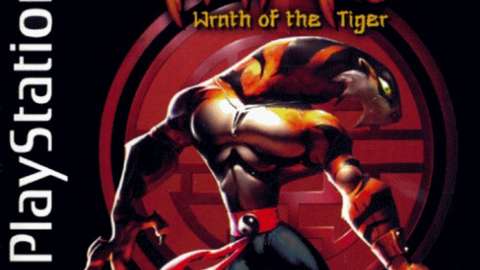 T'ai Fu: Wrath of the Tiger

It's a good rental for die-hard players and a decent purchase for newbies and young players.