The gameplay of Tactics Ogre truly shines, and the Game Boy Advance is a capable platform for it.

Descended from a noble lineage, The Knight of Lodis follows in the grand tradition of the original Tactics Ogre for the SNES, as well as the now-classic Final Fantasy Tactics for the PlayStation. Like those other games, this handheld version of Tactics Ogre is very easy to recommend--its depth is comparable to that of its predecessors, making it almost unequalled for a handheld game. The action focuses on the turn-based management and strategic command of a small group of soldiers. This is a complex idea, but the gameplay of Tactics Ogre truly shines, and the Game Boy Advance is a capable platform for it.

Rather than act like a completely original game, Tactics Ogre for the Game Boy Advance is more of a side story in the Ogre Battle saga. As a young knight and member of the Order of the Sacred Flame, you are part of a small detachment of troops sent to the island nation of Ovis on behalf of the Holy Lodis Empire. You begin with a straightforward objective, but the path that lies before you isn't simple. Your decisions throughout will determine your path and lead you to one of several different endings--but you'll never get that far without proving yourself in the heat of battle.

Tactical combat is the focus of Tactics Ogre. Battles take place on an isometric 2D playing field that does a great job of simulating three-dimensional terrain, with the exception of the fixed perspective. The little details are great--the trajectory of archer's arrows is clearly depicted, and characters will strike upward or downward at foes if they're not on equal footing. The color palette seems to be specifically tailored to the Game Boy Advance, lending the environments a clean and detailed look. This serves to highlight the diverse topography of the maps, which feature diverse terrain types and varying elevation. A height advantage will increase the range of bows and make your attacks more powerful, while the varying terrain types affect everything from movement range to the effectiveness of magic. Weather effects, like rain that can cause water levels to rise unexpectedly, change the look of the battlefield and have a direct bearing on the gameplay. The influence of terrain on combat is often subtle, but it's very important--the type of ground your cleric is standing on could mean the difference between being able to cast a life-saving healing spell or being felled on the spot by a ruthless enemy.

While you'll have direct control over only the main character for the first couple of battles, you'll soon be able to deploy up to eight troops on the field and exercise full control over all their actions. Each character has an alignment, an affinity for one of six elements, and a class. A character's alignment (as well as his or her gender) has subtle effects on his or her abilities. Elemental affinity determines how he or she fares against characters of other elements, the effectiveness of different spells, and terrain bonuses and penalties. And a character's class, his or her most distinguishing characteristic, essentially determines what role he or she plays on the battlefield. The most basic class is the soldier, but more focused and useful classes will become available as individuals gain experience.

Class change has always been a focal point of the Ogre Battle series, and it is equally important in Tactics Ogre for the GBA. The classes have varying minimum requirements, and some of them are restricted to a specific gender or alignment. But overall the rules have been relaxed a bit when compared with previous installments in the saga. Many classes formerly exclusive to one gender are now open to both males and females, and most advanced classes are open to at least two different alignments.

There is a slight new twist to the system, however. Ascending to an advanced class may require a character to perform a specific deed on the battlefield. As you play, you'll find that performing feats of valor or luck (or even disgrace) can earn your character one of dozens of different emblems. Some of these combat decorations are necessary to change class--for instance, the book of initiation is required for becoming a swordmaster. You can earn it by dodging or blocking four consecutive attacks. Other medals will lend power to those they adorn by boosting their stats, such as the centurion emblem, which is awarded to a character who single-handedly defeats every enemy on the battlefield. You'll have a lot of fun trying to meet the requirements for some of these.

Winning in the field any way you can is the game's most basic objective, and the sheer amount of control you have over each soldier's growth and actions is what makes playing the game so satisfying. Also, the enemy artificial intelligence is quite good--your foes will play the odds well and use terrain and elemental relationships to their advantage. On the other hand, the opposition will seldom resort to mercilessly attacking one of your own. The computer's avoidance of this brutally effective strategy keeps battles interesting and minimizes frustration, but it can take something out of the game's challenge in certain instances.

That isn't to say that the game is easy. There is a gradual increase in difficulty that will keep you thinking, and much of the challenge comes from managing the growth of your characters, equipping the right items, and using the right soldiers for the right situation. Enemies will typically be on the same level as your highest-level character, but if one recruit falls more than a couple of levels behind, there is a training option that's also useful for obtaining emblems and buried treasure. The need to train won't arise too often, though, and making sure everyone has a part in the action will do a lot to minimize the time you spend sparring with your troops or seeking random encounters on the world map.

The single-player game is quite lengthy, and its multiple paths and deep combat system mean it should also provide you with plenty of replay value. But in addition to the meaty campaign, there's also the quest mode, which presents several other gameplay options. Ancient texts discovered in the main game can be used in the quest mode to unlock bonus stages, and you can gain treasure in the bonus stages that you can then use in any other mode. You can also exchange items or characters with a friend using the link cable, or pit your armies against each other for prizes and prestige. Some valuable emblems are only obtainable by fighting it out with a friend in a "versus" battle, so it's definitely worth checking out if you have the means to do so.

The quality and quantity of the gameplay are evenly complemented by the smooth presentation of Tactics Ogre. As mentioned, the colors and contrast in the game make it easy to see in normal lighting conditions and also give it a vibrant look. The animations for the stylized characters look great as well. Each class has a preferred weapon that produces a more impressive animation (and more damage) than it would in the hands of another character, and the animated spell effects are quite detailed despite the relative limitations of the GBA hardware. The musical score is varied and in keeping with the Ogre Battle tradition, though it can sound a bit tinny through a pair of headphones, much like other GBA soundtracks.

While it's true that the gameplay of Tactics Ogre for the GBA has been simplified slightly when compared with the gameplay of its predecessors, the addition of emblems and other new facets provide the game with the same overall level of depth associated with the series. That depth can occasionally seem imposing--navigating menus can take a while to get used to, but the controls used for the game are completely competent, despite being limited to four main buttons. One substantial omission is a world encyclopedia and history index, something found in similar games like Final Fantasy Tactics. When a game tosses around as many names of countries, regions, and people as Ogre Battle does, having some reference material is invaluable. If you don't pay close attention, or you're just quick to scroll through text, you may find yourself confused as to exactly what's happening in the story.

That's a minor issue--overall, Tactics Ogre is one of the best games to hit the GBA since Advance Wars. Even the English translation of the game is solid, and the extras available in quest mode add more life to a design that's already blessed with longevity. Considering all that, Tactics Ogre: The Knight of Lodis is a worthy addition to the Ogre Battle series, and it rivals similar games on any system. It's perfect for either those who like strategy games or those who like RPGs, and especially for those who've enjoyed other tactical RPGs of this sort. 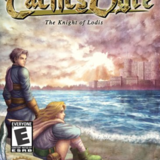 Tactics Ogre: The Knight of Lodis
Follow
$603.46 on Walmart
Buy 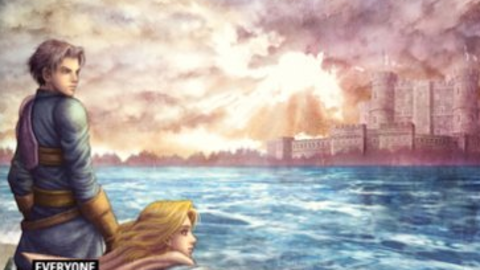 Tactics Ogre: The Knight of Lodis

The gameplay of Tactics Ogre truly shines, and the Game Boy Advance is a capable platform for it.

9
Sign In to rate Tactics Ogre: The Knight of Lodis