Richard Garriott's newest online creation has its problems, but it's still a good amount of fun.

Aliens aren't new to the massively multiplayer online gaming arena, but they're certainly not as prevalent as elves and gnomes. Tabula Rasa helps balance things out even further, with its universe of secret extraterrestrial artifacts, chainguns, and hulking space creatures. But it isn't just the setting that makes the game interesting: An action-oriented combat system and a unique Battlefield-esque system of control points add some flair to the proceedings. That isn't to say you should expect anything groundbreaking, nor should you expect a world conceived as well as Anarchy Online's Rubi-Ka. Yet even with its flaws, Tabula Rasa is an entertaining game that deserves a look for anyone looking for a little more oomph from their online explorations.

One of Tabula Rasa's most interesting facets comes to light the moment you create your character. As you would expect from an online role-playing game, you choose some physical characteristics for your character--but what you don't select is a profession. There are professions to be sure, but you start as a generic AFS (Allied Free Sentient) recruit, which gives you the chance to taste a variety of weapons and skills before committing later on. You are, in essence, the "blank slate" referred to in the title. Eventually, you can specialize in one of eight classes, roughly separated into combat and support types, though you'll have to wait until level 30 before you can choose your final profession. Worried you won't like the profession you choose? No worries: The game lets you clone your character with its level and experience intact, so you can go back and try other options without having to start a new toon from the ground up.

There's more to choosing a profession than gaining levels, though. Artifacts called logos elements are scattered across the game's two planets. Within Tabula Rasa lore, these are snippets of an ancient language that divulge secrets of universal power. From a gameplay standpoint, you need to collect them to access specific abilities in your skill tree. So just leveling up is enough to gain access to your desired profession, but if you want to use all the weapons and skills available to that profession, you need to go logos hunting. Most of the logos are attached to missions, however, so even if you don't need a particular logos, there's still impetus to find as many as possible, since there is experience to be gained.

Right off the bat, you'll notice how different combat is from the standard massively multiplayer online role-playing game. Tabula Rasa controls much like a third-person shooter. You use the mouse to freely look about, and the mouse buttons to fire your weapon and perform special abilities. There are two hotbars, but rather than click on an ability or weapon to use it, the chosen weapon or skill is assigned to the corresponding mouse button. Thankfully, it's easy to cycle through them using the Q and E keys on your keyboard, so if you want to switch weapons on the fly, you can do it quickly. This is especially important in Tabula Rasa, because many enemies are weak to certain attacks while invulnerable to others. Regardless of which profession you choose, you'll want to keep a few different types of firearms on you. Of course, this is still an RPG, so you won't need an enormous amount of twitch skill to succeed. The targeting reticle is extremely forgiving, and the damage you are doing, as in most similar games, is tied to a series of under-the-hood calculations.

But even with these typical MMORPG trappings, Tabula Rasa does a good job of keeping you engaged in its shooter-inspired combat. You'll fight off all sorts of indigenous critters, from tree lurkers (which look sort of like arachnids made of tree bark) to giant amoebas, but the crux of your fighting is against the evil Bane--a group of races fighting the remnants of the humans they drove from Earth. As you roam about the planets of Foreas and Arieki, dropships will release groups of soldiers, which keeps you on your toes, since it could happen at any time. In fact, the game's greatest asset is the element of surprise, a quality not many similar games offer to this extent.

This factor is most prevalent in the Bane attacks on the various control points scattered across the planets. In a Battlefield-inspired stroke, these bases swap hands based on exciting surprise attacks from Bane forces. One moment, you may be purchasing new supplies or turning in quests; the next, the entire base may be under fire from swarming Thrax warriors. These moments are the game's best, because they play directly to its biggest strength: fun combat. One of the drawbacks of the system, though, is that there is no looming reason to control bases, aside from gaining access to those missions (and, of course, being able to turn them in). You do gain tokens for kills during these assaults, and it's fun to group with friends and take back a captured base. But in the overall scope of gameplay, there isn't as much of a sense of urgency to retain control of these bases as you would expect. Thankfully, these battles are fun and rewarding to participate in, even if you won't always feel pressed to stick around for them.

Once you bypass the combat and surprising Bane assaults, you will find a mostly standard MMORPG underneath with its share of hits and misses. There's nothing terribly unique about the questing system, and most missions boil down to the usual go-here, kill-that scenario. Actually, performing missions can occasionally be a drag, due to the oddly linear map designs. Unlike many persistent-world games, in which there are vast expanses of explorable land, Tabula Rasa keeps your travels very focused, with its mountainous terrain and impenetrable forests. Often, you will seemingly be right next to a mission waypoint but can't get to it because it is high above, and you need to wander about to find the one path that will let you reach it.

On the other hand, instanced mission areas are put together extremely well. When you enter an instance, you are greeted with a story sequence that fills in some backstory, in the style of Asheron's Call 2. Once inside, you and your group will find a good number of subquests to complete, plenty of challenging combat, and some well-designed multipart missions that can take a bit of time to complete.

You should also note that like with most MMORPGs in their first months, there are some bugs and annoyances that you'll need to struggle through to get the most out of the experience. We had to deal with quests that couldn't be completed, getting stuck far too easily in level geometry (thankfully an easy fix with the /stuck command), monster models that blink on and off, missing animations, and, most annoyingly, mission waypoints that get turned off every time you change areas or log out. And considering the game's far-future, far-removed setting, it's a little odd that there are Dell XPS terminals scattered throughout the bases. Is the fact that you can turn on the screensavers on these in-game computers a feature we really needed?

There's also the issue of Tabula Rasa's erudite crafting system. The game never explains exactly how to craft, though it's essentially a matter of removing items from looted weapons and armor, finding or purchasing certain components like electronics, and then using them to craft new items or modify existing ones. This works pretty well with modifications, but it's far too much work when you end up with just a few grenades. An in-game auction house would help you find needed components, which would make crafting a lot less of a hassle, but as of this writing, there is no auction house to allow players to easily sell and purchase what they need from each other.

Exploration is not as rewarding as you would hope. Once you get past the initial freshness of a sci-fi world to explore, you discover that Tabula Rasa simply isn't much to look at. Many of the creature and soldier models are done well, but across the board, the game offers little visual respite. The color palette is a mess of browns, oranges, and other dull colors, a visual design that fits with the obvious tone the developer aimed for but weighs heavy on the eyes over time. Even areas that scream for lusher greenery or brighter tones, such as the fields of the Cumbria Research Facility, are formed without much detail or variety. The weak technology behind the graphics certainly doesn't help, so expect to see lots of sharp edges, plain textures, and a good amount of visual slowdown.

The sound design stands out a bit better. You can hear the eerie whispers of the Eloh race when you collect a logos symbol, and the growls of Thraxx soldiers are creepy and cool. The rock-tinged soundtrack fits the bill nicely as well. On the other hand, some of the weapons lack a sonic punch, though sound effects across the board are rather good. The voice acting is anemic, though. Some of the voice-overs are just overblown military cliché, as if the actor were trying to do an imitation of R. Lee Ermey but failed. Other actors sound as if they were pulled from a local high school drama class.

Nitpicks aside, Tabula Rasa's take on the genre is unique enough to make it worth playing. It's fun and action-packed, and if you can get a good group together, the instanced areas are a blast. It's got its share of problems and plenty of room to grow. But if you want something different and surprisingly entertaining, you'll probably find a lot to like about Tabula Rasa. 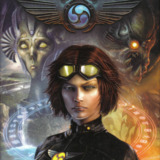