While it may not be an original concept, the game is truly greater than the sum of its many parts.

While there's something to be said for pure originality in game design, games are, more often than not, a collection of proven ideas from previous titles put together and given a new face. With one part GoldenEye, one part Metal Gear Solid, and a dash of Tomb Raider contained in its gameplay, Syphon Filter just about perfects this concept.

You are cast in the role of Gabe Logan, a field agent for the mysterious Washington DC-based "Agency." Someone is releasing a deadly virus that is wiping out villages all over the Third World, and it's your mission to find out who is behind it, and, of course, stop them. The plot is interwoven with plenty of intrigue and unanswered questions but never gets bogged down, using gameplay instead of lengthy cinemas to tell much of the story. The game does use FMV in between missions, but it's usually brief. The between-mission video is rendered in a nice-looking style that is reminiscent of the square-jawed Adventures of Batman and Robin cartoon.

The game takes place from a Tomb Raider-style behind-the-back perspective, making excellent use of character transparency when you get close to a wall. L1 activates a first-person targeting mode, allowing you to easily (well, if you've got a steady hand, anyway) cap bad guys in the head. This mode also lets you duck and lean, allowing you to hide behind corners, lean out, take a shot, and get out of sight before any of the masked men can draw a bead on you. When you are spotted, a small danger meter appears. The higher the meter goes, the closer the enemy is to being sighted in on you. A target meter works similarly when you use the autotargeting. If the target meter is full, you're guaranteed to hit with your shot. An empty meter means that you don't even have a clear line of sight to your target. Other moves include a directional roll, which is great for getting out of the way of enemy fire. There's no jumping in the game, which at first seems a bit strange, as does the rest of the control, but it all quickly comes into focus. One thing that could have been improved is the analog control. While the game controls pretty well with the D-pad, the only thing the analog is good for is lining up head shots in first-person mode. With better analog support, the game could have had a walk mode. As it is, Gabe runs around at full speed all the time, unless you hold X to execute the crouched walk. This leads to some hectic situations where you need to position yourself in a precise spot but can't because Gabe is running around all silly-like. Thankfully, this rarely happens, and once you've spent some time with the control, it won't be a very big issue. The mission design is so varied that you never get tired of it. Some objectives are very straightforward "kill the guy at the end of the level" kind of things, while others require you to find and tag bombs and then guard the bomb squad personnel that shows up to defuse the bomb. Another great mission requires you to tail someone through a museum. The path he travels is guarded, and being spotted ends the mission, so you must let him get out of range before taking the guards out with your silenced pistol. You must also take care to always shoot for the head, as body shots will allow the guards to alert other guards. Head shots, as you might guess, never get old. The game's got a variety of weapons to use. You'll start with a silenced 9mm pistol and eventually find grenade launchers, machine pistols, and a variety of rifles. One of the rifles has the ability to shred flak jackets, making it invaluable to those of you that can't make a head shot under pressure. Of course, ammo is limited, especially for such a useful weapon. If you're completely careless with your ammo, you may find yourself stuck with the taser. While it's not a very useful weapon, the taser has an extremely cool effect. Zap a guy with it and the camera will switch to a position behind your victim. Keep pounding the fire button and he'll eventually just catch on fire. Very nice.

The game has reasonably good AI. Some guys will run and hide as soon as they spot you. If you duck for cover, some of the enemies might lob grenades your way. The main problem is that most of the enemies in the game are really bad shots. You could run circles around two or three guys, shooting at them nonstop, and you'd kill them all before they even hit you once. Thankfully, the guards are better shots in the later levels. Also, the later-level enemies are all wearing flak jackets, forcing you to go for the head shot or pump their chests full of 20 or so shots instead. Syphon Filter has a very distinct look to it. Graphically, it works really well. All the motion capture is nice, though Gabe looks a little strange when he runs diagonally. The explosions and fire all look sharp, and the death animations are varied and well done. On head shots, your victim's head will snap back, and his entire body goes limp. Shoot him in the leg, and he'll get a nice splotch of blood there, as well as an appropriate pain animation. The only real problem with the graphics is that there are occasional problems with the seams. So from time to time you'll see Gabe's legs seemingly fall through floors, or you'll be able to see through boxes and such. It's the only major glitch in an otherwise great-looking PlayStation game.

The sound in the game is really pretty outstanding. The music fits the game's mood very well, heightening in volume and urgency whenever you're in danger. All the weapon fire is extremely well done, and the variance in the shots allows you to easily determine what your enemies are armed with. The voice-over work is decent, but some of the lines are just performed really poorly. With an extra 30 minutes of studio time, this probably wouldn't have been a problem.

The game isn't terribly long, but the thrill of making your way through the levels makes the game seem longer than it really is. Though the game does have some minor problems, the overall experience is nothing short of outstanding. While it may not be an original concept, the game is truly greater than the sum of its many parts. 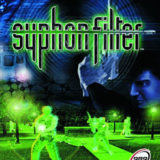